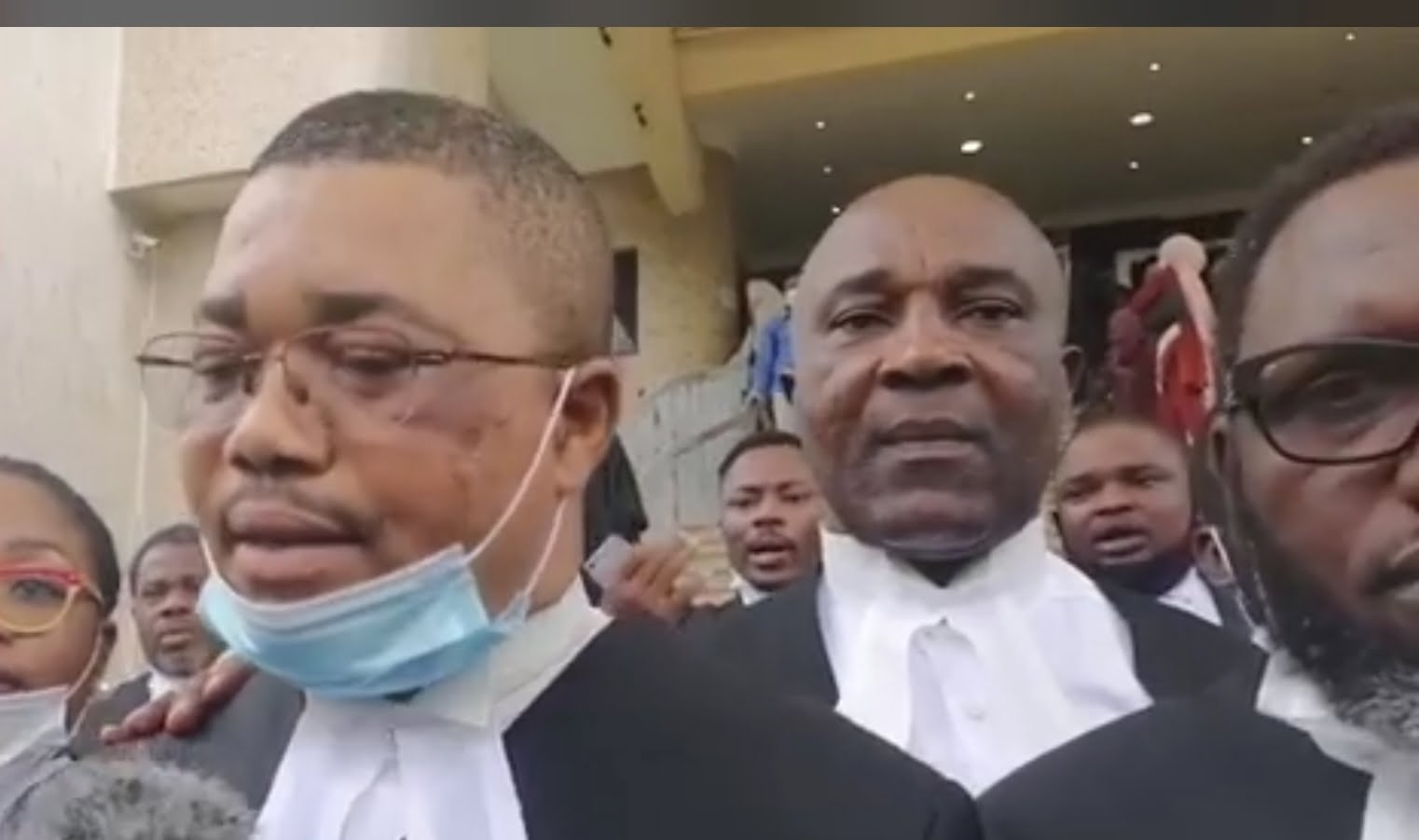 Defendant Nnamdi Kanu was absent in court today, fueling fears about his location.

A federal government lawyer merely explained that Kanu could not come to court for “logistical reasons.”

However, Kanu’s lead lawyer, Ifeanyi Ejiofor, told the Court that DSS was frustrating efforts by his family and lawyers to have access to him.

He therefore requested that Kanu be transferred to Kuje Correctional Facility to make it easier to see to him.

The judge however refused to make any orders until he sees the defendant.

The application for the special fiat has been filed with the FCT Chief Judge as requested by Justice Nyako, he said.

She however fixed 21 October 2021 as tentative date of trial, pending decision of the FCT Chief Judge.

The judge also said only five lawyers will henceforth be allowed to represent Kanu in line with Covid-19 protocols.

Most local journalists were prevented from the court to report on the matter.

There were also unconfirmed reports that foreign journalists as well as IPOB members were arrested in court by DSS officials.

Kanu’s personal lawyer, Aloy Ejimakor, restated that the trial will commence with legal fireworks centred on the circumstances of his arrest.