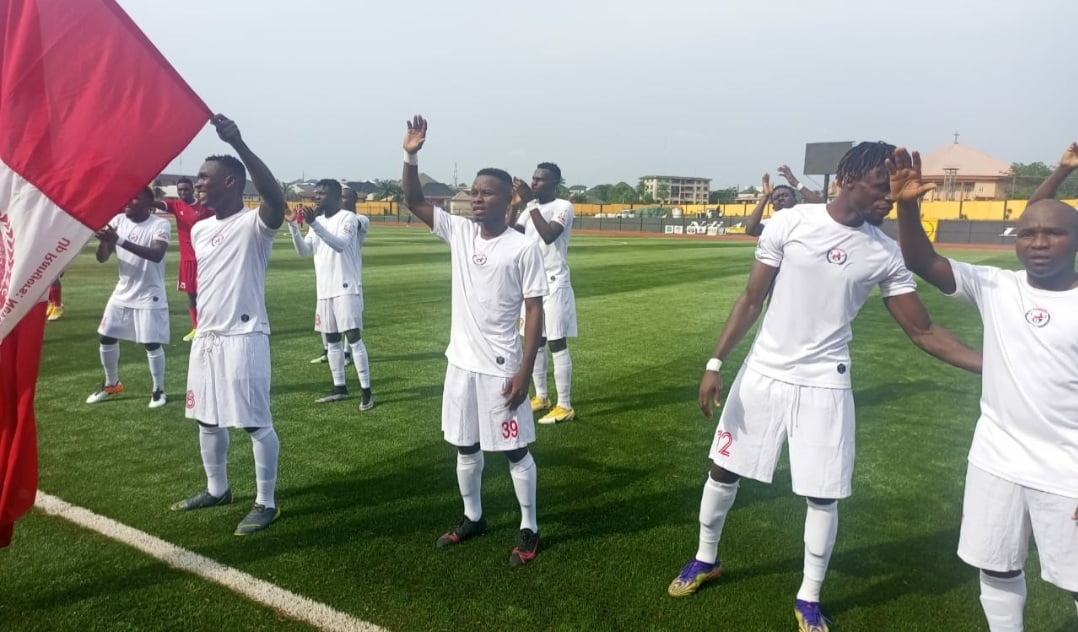 Coach of overpowered Katsina United FC praises Enugu Rangers and predicts that the team will go far with current form.

Rangers will go far if they keep playing like this

The matchday 21 of Nigeria Professional Football League encounter took place at the new Awka City Stadium, Wednesday, 6 April. It ended up on a positive note for the Flying Antelopes.

The match started as scheduled with both teams enthusiastic about winning.

Rangers attempted a comeback after the bruise suffered in Makurdi on Sunday while Katsina wasn’t planning to return empty-handed.

Katsina also wanted revenge of the Matchday 1 disgrace when Rangers beat them 2-1 in their home Stadium in Katsina.

Goals from Chidiebere Nwobodo (13th minute) and Ossy Martins (54th minute) did the damage on that occasion.

Yesterday, before the goal, Rangers had made the Awka spectators shout ‘hey’, ‘oh’ severally with near successes.

Similarly, Chidiebere Nwobodo’s strike in 49th minute targeted at the edge of goalpost went wild. Then Samuel Pam’s strike in 53rd minutes was parried to a corner kick by the Goalkeeper, Elkanah Godgift, who showed class in the match.

“I am happy to have the three points.

But I am not happy because of the attitude exhibited by my boys. They should have known that they should have scored more goals because football is all about goals.”

“We need to first rest and then think about next game” he said.

“I like the ambience of the Stadium without violence and a fair play host also.

“Both teams played good football. I think the Muslim fasting affected us because about 60 percent of the boys are fasting.

It’s all about result. We lost, we will go home and concentrate on our two home matches.

“I say congratulations to Rangers, I think they will go far if they keep playing this way.”

Next Rangers match is in Aba with Enyimba football club.