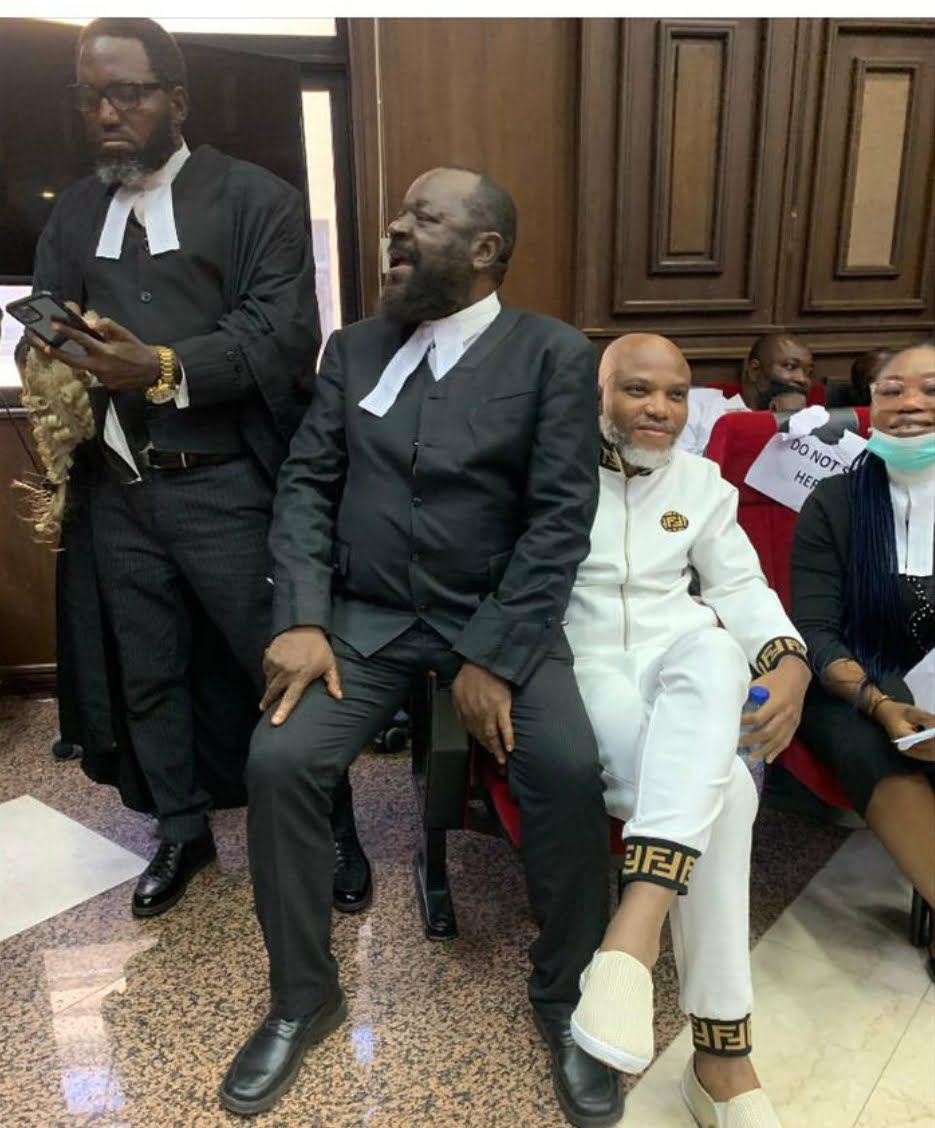 Lawyers to Mazi Nnamdi Kanu swiftly deny accusation that they staged a walkout from the Justice Binta courtroom this morning.

The claimed instead to have been locked out of the courtroom by agents of the Department of State Services (DSS).

According to Mr. Ejiofor, they chose to intervene because Justice Binta Nyako was yet to be seated.

However when she was, they rushed back only to find the door locked and secured by DSS agents.

Ejimako took to Twitter to describe the lockout as “a travesty of justice.

“We will surely take urgent and decisive measures,” he said.

A different scenario however played out in the courtroom where the defense was accused of staging a walkout.

The judge was not told that the duo planned to return, hence her decision to adjourn the case.

Federal prosecutor, M. D. Abubakar, asked the court to proceed with the trial without Kanu’s lawyers.

He informed the judge that Kanu’s lead counsel, Ifeanyi Ejiofor, was in the courtroom before the arrival of the judge.