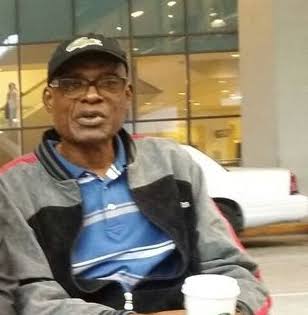 Legendary goalie, Emma Okala, who manned the post for Enugu Rangers International and the national team for over a decade turns 70 today

He began keeping for Enugu Rangers International Football Club in 1971 from where he became Nigeria’s first choice goalkeeper.

In addition to his contemporaries, Christian Chukwu and Segun Odegbami, Okala was also a household name in African Football.

He maintained his stellar form for Club and country between 1972 and 1980 winning many local and continental laurels.

Okala was voted “African Footballer of the Year” in 1978, two years before Nigeria first lifted the African Nations Cup.

Born Emmanuel Anthony Oguejiofo Okala at Onitsha on 17 May 1951, he spent his youth playing for club and country.

His Eagles’ teammate, Segun Odegbami, in a moving tribute described him as “the most famous footballer on the African continent” See tribute below.

Enugu Metro wishes a happy birthday to the legendary Emma Okala as he turns 70 today.

Today is a very special day in the life of one of Africa’s greatest football heroes; the only Nigerian goalkeeper to be decorated as ‘African Footballer of the Year’ by the African Sports Journalists Union, ASJU; the tallest and most dreaded goalkeeper in Africa during his time; the man that manned the goal posts for the national team of Nigeria, the Green Eagles, for 10 years, and also for the club that became the greatest post-Civil War Movement of the Igbos (Rangers International Football Club of Enugu ); the first ‘Chairman’ in Nigerian football before his own captain, Christian Chukwu, earned and inherited the sobriquet; the most recognisable figure in the whole of African football throughout the 1970s because of his awesome feats on the football field and his towering imposing 1.9m (6ft 5 inches) physique; the one nicknamed ‘Tallest’ and ‘Man Mountain’ by the late legendary radio sportscaster, Earnest Okonkwo.

Today marks the arrival of this gentle giant to the gates of the ‘Elders Club’.

I ask all Nigerians to join me in congratulating and celebrating a gentleman, a humanitarian, a man of integrity and credibility, a true friend and my brother, as he turns 70 today.

May this day mark the start of the best years of his life on earth, to be lived long, happily, healthily and in prosperity.

I am calling on all Nigerians to pray for him and join us on the Sports Parliament this Thursday as we celebrate Emmanuel Okala, MON, at 70.