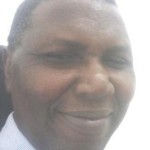 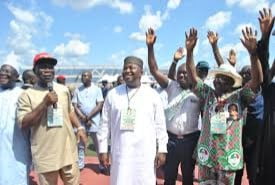 …in almost all the local government areas, it promises to be a coronation of sort because virtually all the Peoples Democratic Party (PDP) chairmanship candidates may be returned unopposed. Yet, the people will cast their “yes votes” even if that is the situation.

Precisely 33 days from today, citizens and residents in Enugu State will go to the polls to elect the local government chairmen who will pilot affairs in the 17 councils in the next two years. And as the voters file out on that February 29, 2020 to exercise their civic responsibilities, it will not surprise discernible observers of the politics of Enugu State that the polls are certain to be orderly, peaceful and transparent. This is largely because the governor of the state, Rt. Hon. Ifeanyi Ugwuanyi’s all-inclusive approach has enthroned consensus among the stakeholders and aspirants.

No matter the bait, there will be no fisticuffs across the state when the chips settle. In the quest for power, thugs will not be deployed. And in almost all the local government areas, it promises to be a coronation of sort because virtually all the Peoples Democratic Party (PDP) chairmanship candidates may be returned unopposed. Yet, the people will cast their “yes votes” even if that is the situation.

And where there will be inter-party contests, the quest for power shall be transparently and peacefully conducted. This was the charge that the governor dropped for the Enugu State Independent Electoral Commission (ENSIEC) earlier this week.

Governor Ugwuanyi paved the way for the enthronement of this hitch-free exercise when he convened consultative meetings with stakeholders from all the councils for the purpose of selecting the party’s flag bearers. For three days (January 16, 17 and 19, 2020), the party’s heavyweights and the common folks, on the invitation of the governor, mingled with each other as they collectively sought consensus on the more credible candidates for the polls.
Not wanting to impose candidates on the people, the governor simply moderated the meetings, often using persuasion rather than coercion to temper the discussion. As he often told each local government delegates, “I have no interest whatsoever in who becomes your candidate. My role is to guide the engagement so that we respect zoning where it exists and maintain equity, justice and fairness.”

It was also in keeping with his promise to run an all-inclusive governance that Ugwuanyi made such concerted efforts to solicit critical inputs from his people. Such inclusion yielded good decisions which satisfied the majority and earned the overall acceptance of the people.
In truth, the governor did not bar anybody from contesting the councillorship and chairmanship elections across the 260 wards and 17 councils respectively. Rather, he asks ENSIEC “to make the local government elections credible by being transparent and fair to all the parties and candidates involved.”

Politicians are men and women of theatre who are always adept at their game of high cunning and unending manipulation. It was obvious from the consultative meetings that there were quite a handful of aspirants who desired to be council chairmen. For some, it was an unholy scramble for the seat. As Tacitus put it, “lust of power is the most flagrant of all passions.”

Fact is that it is no crime to flirt with the idea to contest the council polls. It is especially attractive at this time when the incumbent governor has continued to take development to the rural communities, and to also partner with the rural dwellers to choose and implement projects that are critical to their key development needs.
The most significant point at these meetings was the decision of Governor Ugwuanyi’s administration to establish small and medium scale industries in the seventeen local government areas. According to him, “the objective is to use the industries to drive the economic development of the State. The choice of the small and medium scale industries for each Local Government Area (LGA) will be determined by the comparative advantage of the Council, leveraging our local crop production such as rice, cassava, cashew and other creative and manufacturing skills of our people for commercial enterprise.”

Having already been passed by the State House of Assembly and assented to by the governor, each of the LGAs will receive N200 million for the purpose of the project. And from the elated stakeholders from each LGA, the ovation hardly died down as Gov. Ugwuanyi put it at their doorsteps to choose their preferred industries that would be sustainable and favourable to the people. Whereas some LGAs chose palm oil processing plants, others settled for integrated agro-processing industries, rice mills, cassava processing plants among others.

The proposed cottage industries have earned plaudits from different persons and groups. Chief Nnia Nwodo, the president-general of Ohanaeze Ndigbo is among those enthralled by the innovation. According to Chief Nwodo, “this is a wonderful development because every local government area in our State has a relative endowment that needs to be harnessed. What the governor is doing is to strategically invest and develop those areas especially where they have comparative advantages, all to the benefit of our teeming youths and the rural populace.

“I’m also pleased that Governor Ugwuanyi is the first out of South-East to think in the direction of empowering our people in a manner that transcends the usual narrow confines of partisanship and other primordial interests. Such welcome investments will expand opportunities to all the nooks and crannies of our State.”

But on those days of interactions with the stakeholders, Rt. Hon. Ugwuanyi was unwilling to dwell on the accolades being showered on him. Rather, he was more interested on how to fast-track the establishment of the small and medium scale industries so as to engender wealth creation and empower the rural dwellers. With no intent to steal the limelight, the governor also focused on having rancor-free primaries and electioneering campaigns towards the conduct of fair and credible local government polls.

In the timetable released by the chairman of Enugu State Independent Electoral Commission (ENSIEC), Dr. Mike Ajogwu (SAN), “political parties are to obtain nomination forms for chairmanship and councillorship elections respectively from January 23–28, 2020” while the “list of candidates nominated by political parties shall be forwarded to the headquarters of ENSIEC from January 29–30, 2020.”

The processes leading to the elections have since begun. The primaries of the PDP which held across the local government areas on Tuesday, January 21, 2020 were hugely successful. The candidates who emerged from the consultative meetings scaled the hurdles unscathed.
Hon. Augustine Nnamani, the state chairman of the party was excited with both the conduct and the outcomes of the exercise. “I thank our teeming members for their show of maturity during the primaries. By the efforts of our amiable governor to ensure hitch-free exercises across party lines, we witnessed primary elections that were both peaceful and credible.

“I want to reassure our party members that we will do whatever is possible and reasonable towards ensuring a clean sweep of the councillorship and chairmanship polls. We don’t envisage any problems but we’re not leaving anything to chance.”

Of particular interest was the emergence of Mrs. Nkechi Ugwuoju as the candidate of the PDP for Igbo-Etiti Local Government Area. She is the only woman flag bearer being paraded by the ruling party. And the euphoria that greeted her choice on January 19, 2020 spoke to her acceptability by the stakeholders. Such were the emotions at Ibagwa-Aka, the headquarters of Igbo-Eze South Council when the youthful Comrade Andy Peter Omeje, a former University of Nigeria Students Union president was elected at the primary election only on Tuesday. A pragmatic young man, Omeje is running with Chief Ejike Ahmedu as his deputy.

Hon. Solomon Onah, erstwhile commissioner for Lands as well as Commerce and Industry is the owner of the PDP ticket in Gov. Ugwuanyi’s home council of Udenu whereas Mr. Ejike Itodo is the Igbo-Eze North candidate.

Being the tier of government that is physically closer to the people, it is not surprising that the 2020 LG polls in Enugu state, the second to be conducted by Governor Ugwuanyi, have continued to elicit palpable interest and attention. The welcome news is that he is on top of the game and under his watch, the polls are sure to be peaceful, credible and free of violence.

For now, the die is cast. The permutations are on. The campaigns will soon begin. They will make promises to the electorate. And finally, the elections will throw up new leaders. Posterity will judge them by the time their time in office is up. That is about how dynamism of power and of life.

The Avant-Gardes are a collection of social media and regular media interventions by Nigerians and foreigners reflecting surprising new ideas on how to develop the South East Region of Nigeria.