Apr 17, 2016
Many people are wondering why Catholics don’t follow “every other Christian denomination” to celebrate Mother’s Day on the same date. 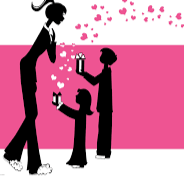 The first and most important point to note is that there is nothing Christian about the celebration of Mother’s Day as it is inaugurated and celebrated these days; it is purely a secular celebration. The modern-day version of this celebration began in the 20th century with an American lady, Anna Jarvis. As was reported, Jarvis was placing a flower on her mother’s grave and suddenly decided that this was a futile exercise. She became convinced that it would have been more worthwhile to celebrate her mom while she lived.
Thereafter, Ms Jarvis embarked on a campaign to have a day set aside in the year to honor all living moms in the US. This campaign was so successful that an American President finally issued a proclamation, followed by bills passed in congress, to recognize the second Sunday in May as Mother’s Day.
(By the way, it’s Mother’s Day, not Mothers’ Day, the way that Ann Jarvis conceived it and the way it was crafted in the Presidential Proclamation and the American laws. The American celebration is designed to honor one’s individual mother, not mothers all over the world as we have understood it in Nigeria.)
Before Jarvis, old English Christians celebrated what was called Mothering Sunday (also called Laetare Sunday) which occurred on the second Sunday of Lent. The Anglicans were later inspired by American soldiers who came to do war against Germany and introduced their secular Mother’s Day tradition. Eventually, the Anglicans decided to celebrate Mothering Sunday and Mother’s Day on the fourth Sunday of Lent. They subsequently introduced this tradition to colonial Nigeria and it has persisted to this day.
This is where the confusion about separate celebrations of Mother’s Day set in. Americans celebrate their secular Mother’s Day on the Second Sunday in May (May 10 this year), in line with a Presidential Proclamation. The English and protestant churches in Europe (as in Nigeria) have decided to celebrate both Mothering Sunday and Mother’s Day on the fourth Sunday in Lent, even though their old tradition was to mark Laetare Sunday on the Second Sunday of Lent.
It is worth noting that the old tradition of celebration has nothing to do with honoring our earthly mothers. In the beginning Laetare Sunday was instituted to honor God through the Mother Church in accordance with the message of St. Paul (Galatians 4:26) which compared the Christian and Jewish churches and declared the Christian Church as the heavenly mother that would accommodate far more children than the Synagogue. Catholics in England understood this supernatural significance of Mother Church so well that they used to go on a sort of pilgrimage to the Mother Cathedral bearing gifts and offerings as tokens of gratitude and love. While the visits were concluded in the family circle around a table on which stood a big cake, this lone cake was used as symbol to encourage the faithful to continue with the strict observance of the Lenten fast on weekdays.
The coming of American soldiers changed all that.
Mother’s Day will continue to have little appeal to Catholics during Lent because they believe that it tends to diminish the beautiful exercise of lent and the supernatural significance of Mothering Sunday. Catholics celebrate national holidays and honor good mothers. But they find it hard to substitute the Catholic bond of supernatural grace with Christ – which Mothering Sunday signifies – to the festivities of secular celebration within the same period.
Hardcore Catholics also find it a bit of an irony that our Christian brethren will bring out the drums to celebrate and honor their earthly mothers but are quick to dishonor the earthly mother of Jesus whom He handed over to us, His disciples, to be our mother and to live with us forever (John 19:26-27).
A third point to note is that the champion of this struggle, Anne Jarvis, died unfilled and sad about the celebration that she founded! She was embittered about how the event was taken over and commercialized and spent the last days of her life fighting to have the celebration abolished!
Peace.