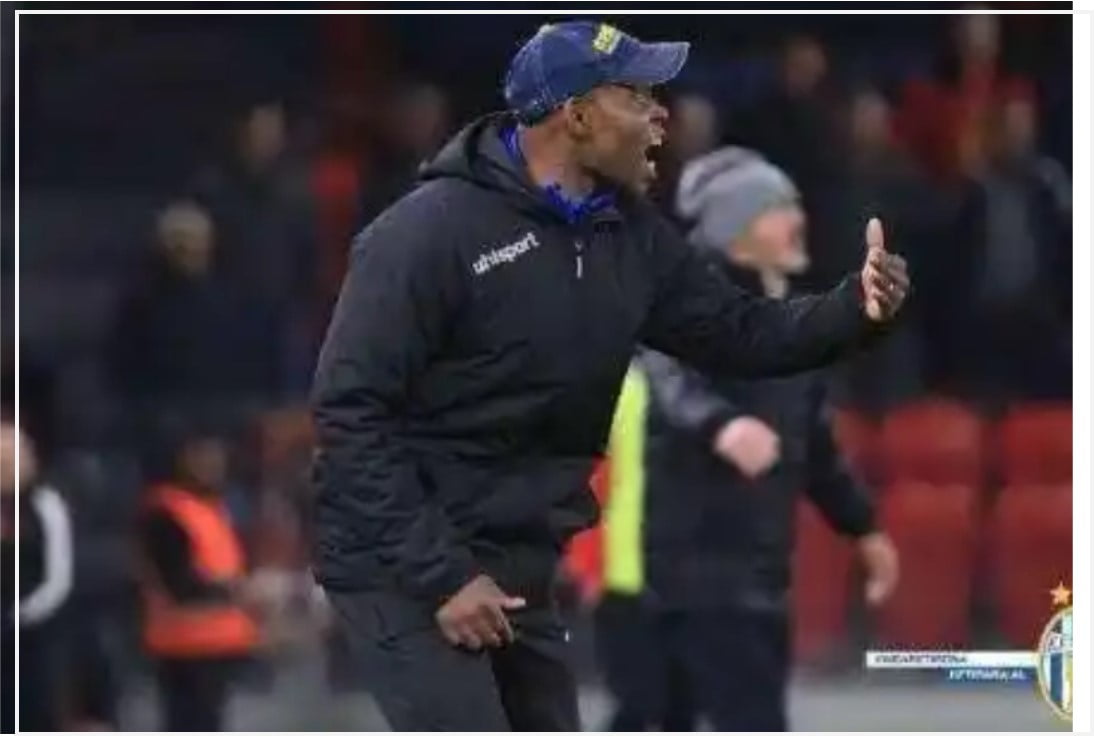 Ndubuisi Egbo is the first Nigerian and African coach to lead a European team to a league title, and qualification for UEFA Champions League

Ndubuisi Egbo, the Nigerian coach who guided Albania’s KF Tirana to top flight triumph in their centenary year, has made history as the first African coach to lead a European team to a league title, and qualification for the UEFA Champions League — or any European competition, for that matter.

For a team that has now won the Albanian league title 25 times — more than any other club in the country — Tirana being crowned champions again was a huge achievement and a relief, given they were nearly relegated the season prior.

Additionally, their triumph is unexpectedly resonating across Africa, and for good reason.

Egbo is still coming to terms with the achievement — especially given that he had taken over as manager with the side in perilous waters in late 2019.

“I am still trying to let it sink in because I didn’t know how huge the success of what God used us to do was until I started hearing I’m the first African coach to achieve this feat. Many people from Nigeria, Egypt — where I played before — and other places have been reaching out.”

In 2014, the former Nigeria goalkeeper joined the club, for whom he had played, as goalkeeper trainer and assistant coach.

He was asked five times thereafter to step in on an interim basis when a manager was sacked — handed the reins for a combined total of five games, with four losses and one draw.

He declined previous offers to take the job on a full-time basis: “But I told them it is a big job, so I would wait for the right time to get more experience.”

Egbo was asked to fill in, once again, on a three-game basis when yet another manager was fired, after a run of poor results left the club languishing in eighth place and contemplating the real threat of relegation.

His first game in charge was a derby against Partiziani last December, a team that Tirana had not beaten in six years.

“Everybody thought we were going to lose, like, 5-0,” Egbo recalled.

“We played at the national stadium, and it was a big occasion; the atmosphere was great, the stadium had just been renovated with new grass and all. It made me feel like I should go back to being a player again. So I told my players they needed to show that they could play with the best, and win.”

Win they did, recording a 2-1 victory after a late goal; they also won the other two games under Egbo, and, the ship steadied, he was ready to hand over the reins to whomever the new coach would be.

The club had other ideas, however; Egbo was asked to stay on, and he accepted the position “after speaking with my family and my spiritual adviser.”

Divine guidance or not, Egbo guided the team to a 16-game unbeaten run, with just one draw, that took them from the relegation playoff positions to within touching distance of the title, nine points ahead of second-placed Kukesi.

Egbo says he dug into his Nigerian roots to turn things around.

“When I took over this time, I felt like I had got the experience passing through many coaches, learning from all the coaches that I have worked with in the club, coupled with everything I have learnt from my career and all the coaches I worked with — especially back home,” he said.

“Coaches like Christian Chukwu and Joe Erico, one of the best coaches I have gone through in my career, who taught me more than just about football. And his lessons got me to where I am today.

“Also his playing pattern. They used to say back then that if you don’t come to the stadium on time, you won’t see our first goal. That is the way I have my team playing here. We attack as a team and defend as a team.”

Egbo said he had to do a lot of “psychological work” with the Tirana players, whom, he said, “had lost the winning mentality, they had lost character, they had lost personality.”

“They were completely down and knocked out, and you can’t imagine the psychological work that we did just to get them back,” Egbo explained.

“I played for this team, and in two out of the three years we won the league, the cup and Super Cup; we needed to bring that winning mentality back, and that is what we did.

“You need to put fear in opponents, and when you get into a game, you have to enter like a king into the arena. It’s your arena, and no one else should command it apart from you.

“[This is the] winning mentality every team should have, and this is the mentality and culture of this team, KF Tirana. This is a team that when they go away, they go to get a win and not a draw because draw away is like a loss.”

It worked, but there still were those who tried to diminish Egbo’s abilities and results.

“They attacked me many times, saying things like ‘he doesn’t have experience,’ ‘he is just a goalkeeper coach,’ even though I took the UEFA Pro Licence [the highest coaching certification] before some of them that are analyzing me,” Egbo said.

“They have other local coaches that are coaching in the league, but they don’t attack them the way they attack foreign coaches.

“They have an Italian coach in one other team and same thing is done to him, but because he is European, his attacks aren’t as much as mine. Because I’m a Black man, the attack is more because they can’t accept it.

“These are the things that make it very difficult to be able to work. You need patience, you need endurance, you need the grace and will of God to succeed.”

Egbo’s accomplishment comes at a time when the world is confronting social justice issues sparked by the killing in the United States of George Floyd — and at a time that features growing calls for more diversity in sports leadership positions.

“I believe it is a calculated time,” Egbo said of his success.

“It’s God’s timing that He made everything to work out this way. One hundred years of the club, and for a foreigner to come and do it, that is unimaginable. That is why many of them can’t accept it in Albania; they can’t accept that a Black man, a foreigner, will come and win the league… they tried everything to ensure it doesn’t happen.”

Countering the critics, Egbo said he received support from fellow coaches, fans and his club hierarchy.

“There are a lot of good people here, people who are supporting me, young Albanian coaches sending me messages,” he said.

“They keep pushing me and supporting me, even though they won’t do it in the open but from behind, because they don’t want to put themselves in trouble with the authorities or other coaches that are bigger than them.

“The good people will help you, and the bad ones will give you experience and push you further to achieve your aim and objective. So, every one of them is part of our story… [criticism is] like an encouragement for me, and to show me that I have something in me that they are jealous of and I need to continue to do my best to continue to do this.”

With one goal achieved, the next target is the UEFA Champions League: Tirana will compete in the playoffs for a chance to make the group stages.

“First of all, our objective is to reach the group stage, and from there, we would set another objective for ourselves,” Egbo said.

“Because no Albanian team has been able to do it. So we are expecting that we can go into the group stage. That would be a huge achievement for an Albanian team.”

That is still some way out, however; for now, Egbo hopes that his achievements can open the door for other African coaches.

“I hope this achievement isn’t only for me,” he said, “but it will help other African coaches to be given opportunities to showcase what they can do and to be an encouragement to push them to do more for themselves.”

Source: As featured in ESPN