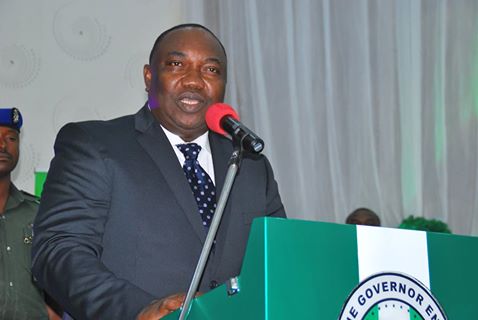 … as 8 former commissioners set to return

At its resumed sitting today, 27 August 2019, Speaker of the Enugu State House of Assembly, Rt. Hon. Edward Uchenna Ubosi, read out names of eight immediate past commissioners from a list of first batch of cabinet member-nominees submitted by Governor Ifeanyi Ugwuanyi for screening and approval.

The names reflect agreements reached by stakeholders in eight of the 17 local councils over candidates to push forward, following the Governors directive that each council should meet and agree on one nominee to join his cabinet as he settles down to his second term as chief executive of the State.

Ugwuanyi scored more than nine-tenths of the votes cast in all of the 17 local councils, a historic performance and overwhelming show of acceptance and endorsement of his achievements during his first term as governor.

The names that the Speaker read out to the House today  include:

The nine local council areas that are yet to resolve the issue of nominees to push forward include Aninri, Awgu, Enugu North, Enugu South, Ezeagu, Nkanu West, Nsukka, Oji River, and Uzo Uwani.

EMetro News learnt that local governments that submitted two nominees were asked to go back and choose only one, in line with the directive given at a meeting between the Governor and stakeholders of the 17 local government areas in July 2019.

The immediate past Enugu State Executive Council had 25 Commissioners as members, sitting with other special advisers as well as Secretary to the Government (who is head of the Council Secretariat), the Chief of Staff to the Governor, and the Head of State Civil Service.

At the conclusion of the remaining nomination exercises in the nine local councils, the Governor would still have to come up with another formula to fill up the remaining nine slots, if he must continue with all 25 Ministries that he worked with during his first tenure.

The House has not set a date for screening of the candidates.