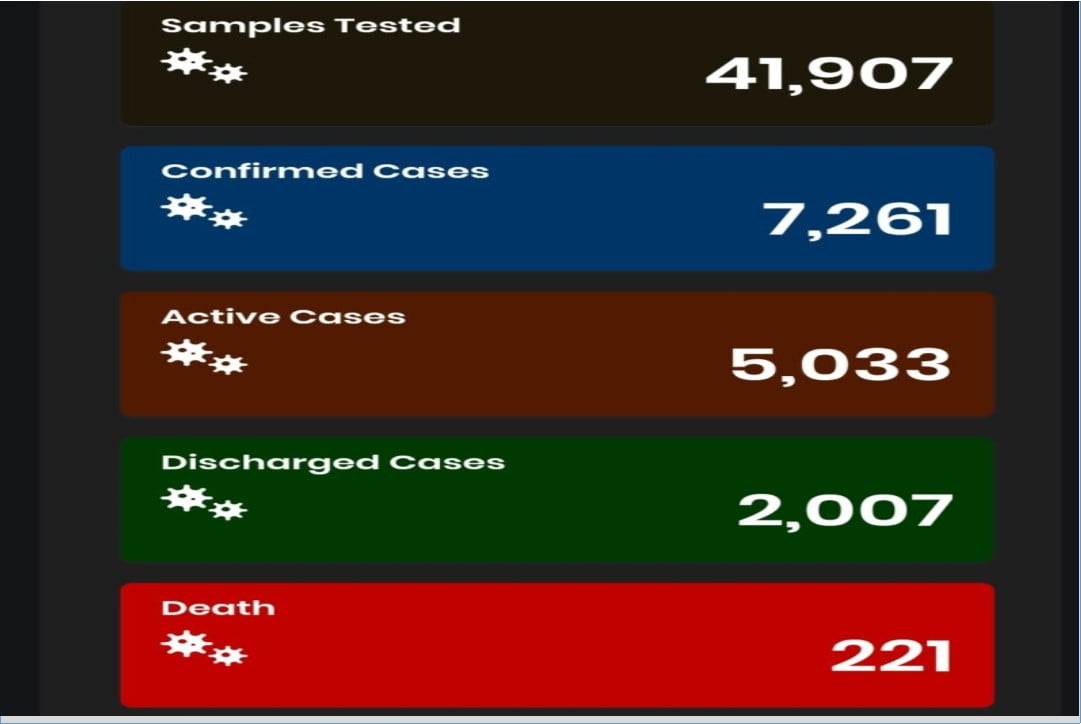 Enugu and Anambra States last night lost their regional and national positions as most and least Covid-19 incidence states respectively.

Nine new cases confirmed for Ebonyi State last night, raised its tally to 22, displacing Enugu which has 16 with no new case reported.

Anambra’s single case raised its tally to six and knocked it off from her enviable position as the least Coronavirus disease occurring among States where Covid-19 has made a landfall.

It says that 2,007 cases have been discharged, leaving 5,030 active cases which are being currently managed by 34 states as well as the FCT.

Two States – Kogi in the North Central and Cross River in the South South Regions have continued to maintain a clean slate with no case reported.

NCDC said 221 deaths have so far been recorded, with 10 of such deaths occurring yesterday.

The South East States continued to record zero fatalities from the disease.

The States reporting under-5 cases yesterday include Akwa Ibom (3), Sokoto (3), Bauchi (2), Yobe (2), and one case each from Anambra, Gombe, Niger, Ondo, Plateau, FCT, and Bayelsa.