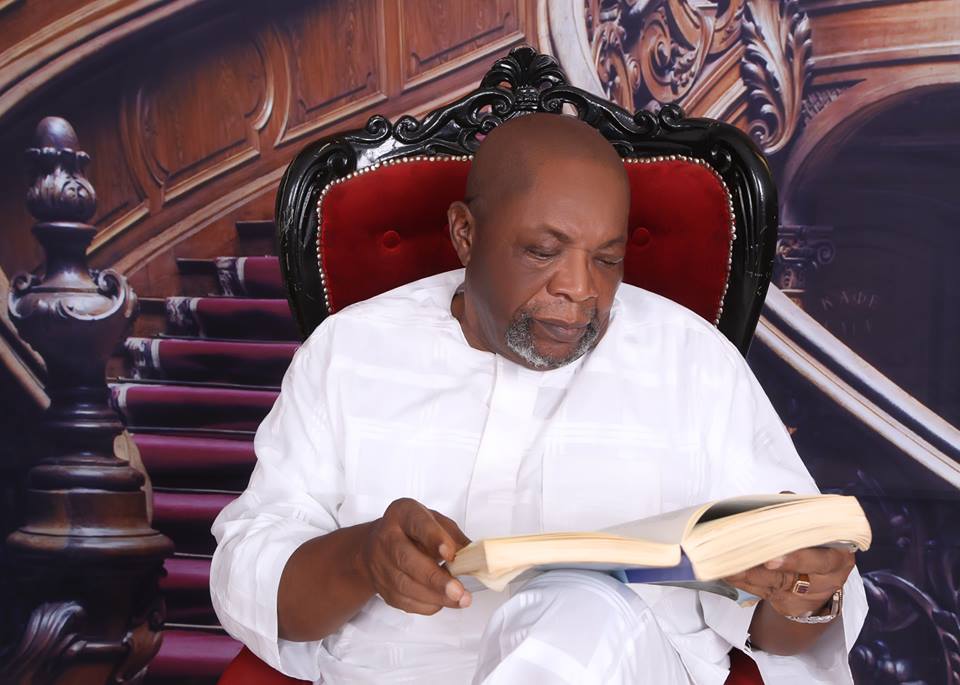 Messages of solidarity and condolences with the family of late Chief Arthur Agwuncha Nwankwo have continued to pour in since yesterday 1 February 2020 when news broke of his passage at the University of Nigeria Teaching Hospital.

The internet lit up with eulogies of those who claim kinship with the prodigious author and publisher, either through personal encounters or through encounters with the tens of books that he authored in his lifetime.

President Muhammadu Buhari commiserates with family, friends, professional and political associates of Dr Nwankwo, urging them to find solace in the contributions of the writer to national and global development by consistently pursuing and projecting values of peace, unity and love. President Buhari affirms that the late writer’s bridge building efforts, like supporting the famous Handshake Across the Niger, and carefully picking the themes of his many publications to reflect national unity, while advocating for a collective vision, had served the purpose. The President believes Dr Nwankwo’s investments in humanity will endure, especially standing for democracy and development at great risks, and working hard to ensure that the pivotal institutions are strengthened and sustained.

In a statement in Awka today, the Anambra State Commissioner for Information, Mr C. Don Adinuba, described Dr Nwankwo’s passage as at once painful and glorious. “Painful because Nwankwo was one of the few people in the world who should never die; glorious because he was able to achieve so much for not just his country but also humanity. The Anambra State government recognizes Dr Nwankwo as a foremost fighter for social justice. He was at loggerheads with different governments which saw him incarcerated more than once. He was a natural member of the National Democratic Coalition (NADECO) which saw him address critical audiences around the world on the Nigerian condition under the military dictatorship. He was to pay a price for all this. Dr Nwankwo was a statesman through and through.

“Nigeria and indeed the civil society has lost a rare gem. Dr Nwankwo loved his people and his country so passionately, he would do everything humanly possible to ensure their freedom and prosperity in a free, just and decent society. Dr Nwankwo left no one in doubt regarding his stand on Nigeria, especially the unity and progress of the country. He was a bridge builder, who worked with others to confront military dictatorship; an irrepressible advocate of good governance, rule of law as well as a just society. We will miss the deep and insightful analysis of this great pan-Africanist on critical national issues, his courageous voice as well as his wise counsel. We are however comforted with the fact he lived an impactful life, made his mark and left a legacy of service and honour which will inspire many generations.

The Nigerian Democratic Movement has lost one of the surviving Icons and Veterans of its struggle against military rule and for the restoration of the current fledgling Democracy of Nigeria. Dr Arthur Nwankwo, a revolutionary political economist and activist was a prolific author and resourceful publisher during his lifetime, who crusaded against social injustice of all sorts in Nigeria… made valuable contributions towards Nigeria’s Political stability and progress with his numerous intellectual and advocacy works. He was the founder and chancellor of Eastern Mandate Union (EMU), a platform, which advanced the rights of the people of the former Eastern Region has all along being a source of inspiration to the democratic forces, which he substantially served under NADECO led by Chief Anthony Enahoro of blessed memory, whom he assisted as Vice Chairman throughout the struggle for the restoration of Nigeria’s current democracy. It will be recalled that Arthur Nwankwo was arrested and detained with five other NADECO Cadres by the former maximum ruler of Nigeria, Gen. Sanni Abacha, who eventually died on the day he was to meet and pronounce judgement on Arthur Nwankwo and others in Abuja.  Arthur Nwankwo became a strong advocate for Handshake Across the Niger aimed at bringing the South West and the East together Politically for the purpose of achieving the democratic constitutional restructuring of Nigeria towards economic Prosperity and Peace of the Nigerian Peoples. He is therefore noted for his popular quote which he reiterated at the last two National Political Summits he attended in Port Harcourt, 2011 and Uyo, 2013 is “Get the Politics of a country right, you will get its economy right”

“It is a great loss to Igbo nation, he was a courageous man. He was a man who stood out for whatever that is Igbo, highly principled and a courageous patriot. “It is very unfortunate that we should lose such a man at a time the Igbo nation is looking for elders that will put Igbo in the right perspective. Arthur was a fighter, a very brave man in the likes of Gani Fawehinmi. A man that did not care whose ox is gored when he is pushing a just cause. Irrespective of his relationship even with the military, Arthur always stood out. He established a newspaper called Outlook which was really outlook, the paper stood out as the voice of the Igbo nation. Is a pity we lost him.” Chief Damian Okeke-Ogene (Anambra Chapter President)