Nigeria on Precipice at 60: Ways to Pull Back 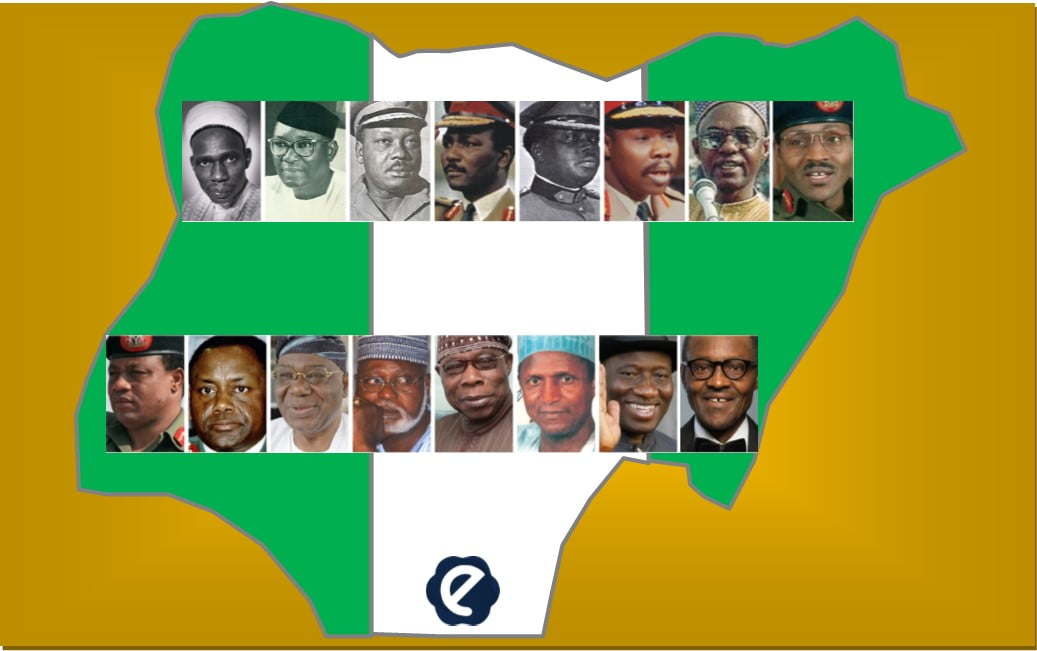 New York attorney, Chuma Uwechia looks back on Nigeria hanging on the precipice at 60 and considers ways to pull back as the country’s leaders hold tight to the ropes of incompetence and corruption.

Until we realize that only the pursuit of collective wealth will lead to collective wellbeing and embrace transformational leadership, the increasing economic inequality in the country will continue to trigger social strife and insecurity of life and property.

As we mark the 60th anniversary of Nigeria’s independence, civil servants born on the same date of October 1, 1960 are now mostly all retired. A good percentage of them are apparently proud grandparents. While they count their individual blessings and personal prosperity, every single one of them lament the state of the country – the near absence of government; insecurity of life and property; the lack of necessary public utilities, social amenities and infrastructure; and the deplorable economy.  In other words, a stunted national growth and reversed progress.

Quite a lot has been written about why Nigeria is not making political and economic progress despite the abundance of talented human capital. Some point to the flawed federal constitution and demand political restructuring. But there is no agreement on whether to go back to regional structure or fine tune the current system to reflect true federalism. Maybe, a weak federal government with a short exclusive legislative power and strong states with derivative status will fill the bill. There is ready consensus that the size of the National Assembly and State Houses of Assembly need to be drastically pruned down to reduce the bloated cost of governance.

However, there is serious concern that the National Assembly, with the legal authority to restructure the constitution, has not shown enough leadership and will to do what is necessary to craft an acceptable political structure. This is despite the increasing populism towards separatism and secession as alternative option.

Leadership we do not need

Nigeria’s biggest problem appears to be the leadership mindset and culture. This is compounded by the perception that the current federal government does not reflect true federal character in its appointments to sensitive positions, in other to promote inclusiveness and a common national identity. And that it is drifting towards consolidating power for Fulani hegemony as its primary goal. As a result, old and disappearing ethnic divides have reopened and are deepening and heating up the polity.

The Fulani have held the reins of power in the country for more than 40 out of the 60 years of Nigeria’s independence but they are now confronted by the realities inherent in the question; what is the use of power if not for its efficacy in driving economic prosperity and creating collective wealth for your people and the entire nation? Under the watch of the Fulani leadership, Boko Haram was unleashed and is ravaging and laying waste to their base in the North, while herdsmen have opened up a second flank of attack from Kaduna to the Middle belt States of Benue, Plateau and Taraba, visiting violence on farmers whose crops they turned into grazing land. The herdsmen further added a kidnapping dimension stretching all the way to the South East and South West, all as result of inept leadership. Presently, illiteracy, child marriage, poverty and disease rates are higher in the Northern States than the rest of the country, proving that cornering power as an end in itself but not a means to an end will not translate to tangible gains on the ground. The north is now learning to their chagrin that social inequities which flow from ineffective leadership will eventually always lead to upheaval and insecurity. The north is in strife today. No matter how prosperous a chicken grows, it will never have security living in a colony of foxes.

Given the right leadership coupled with the huge amount of money spent in the bygone years, collective national prosperity and economic growth would have been the dividend. Poverty, illiteracy and the feeling of disillusionment and marginalization fueling the present climate of unrest and restiveness would have been eradicated or reduced to a manageable minimum.

While there is restiveness about Northern political domination of power at the center and perceived tribal inclinations of the federal government, the rest of the country has not fared much better in terms of redemptive governance. Learning fast from the federal template, politicians at the state level have introduced polarizing politics of geography and religion instead of merit. The outcome is stunted growth.

The country has large array of transformational leaders with proven records of performance at reputable national and international organizations, and foreign countries, especially America and Europe but when they join the nation’s public service, they are inhibited by the entrenched culture of corruption, ethnicity and religious bias.  For those good leaders to win elective office, they have to cut a pact with corrupt politicians who hold them hostage thereafter.

This leadership malaise boils down to the fact that corruptive personal interests, ethnic and sectional politics and allegiance have been elevated above the common interest of the nation state. How can there be a viable and progressive state where individual and ethnic considerations override the common interest of the populace? A focus on the commonwealth will build up the country and eliminate the dependence on foreign countries for financial and technical assistance. When the nation prospers, the citizens prosper and crime rate plus insecurity diminish. Inversely, the national standard and quality of life for all will increase.

In contrast, the standard and quality of life in Nigeria in the 70s and early 80s was much better than what obtains now. The Naira had good value, medical care was more available and affordable, the children of the wealthy and poor attended the same public schools, which were of good standards and affordable, kidnapping and militancy were none existent, the police were better equipped and more professional, and the cost of governance was more reasonable. Pipe borne water was easily available with little or no bore holes. Although NEPA was seen as a villain, electricity was better than what obtains today and usage was metered. Federal and state roads were better maintained and managed.

The rut which was years in the making appears to have culminated with the devaluation of the naira in the mid-80s. Due to the loss in purchasing power of the national currency, Nigeria’s seasoned professionals with the medical field in the lead started checking out of the country to foreign nations as expatriates, causing a national dislocation in manpower supply and leaving irreplaceable void. Today, national institutions like the Universities, University Teaching Hospitals, General Hospitals and Research Institutions, etc., remain a shell of their former stature.

Before the military left politics in 1999, they groomed and handed over to a trusted political class that emerged from the corrupt system to succeed them due largely to their distrust of the old established class.  These nouveau politicians think that corruption and nepotism is the right way to run the country and do business. In 2012, former President Olusegun Obasanjo was reported to have referred to the state and federal legislators as “rogues and armed robbers” while the legislators labeled him the “grandfather of corruption” and accused him of spending billions to sway them to support his third term agenda. The former president further accused the National Assembly of padding national budgets and drawing huge and unjustified earnings. He also called out the judiciary and police as corrupt and wondered how justice will prevail in our environment. These fundamental issues have not been resolved and the cumulative resultant mess is what we are reaping today and dangling between a political breakup and reinvention.

On the Precipice at 60: Way Out

Where do we go from here? No doubt the country needs a rebirth and the time is now. But fighting corruption in Nigeria is dangerous according to Ngozi Okonjo-Iweala in her book.  Drawing on her experience as Nigeria’s finance minister and that of her team, she describes dangers, pitfalls, and successes in fighting corruption providing practical lessons learned and telling how anti-corruption advocates need to equip themselves.

So how can corruption be controlled, asked Shellie Karabell, in his article “Corruption 101: The Dark Side of Leadership?” A recent study, “Doing Business in Russia: Informal Practices and Anti-Corruption Strategies”, make the case that the answer is not in tackling the whole aggregate of “corruption” per se, but instead as “slicing a snake” – breaking it down into manageable chunks and attacking each one.

Until we realize that only the pursuit of collective wealth will lead to collective wellbeing and embrace transformational leadership, the increasing economic inequality in the country will continue to trigger social strife and insecurity of life and property.