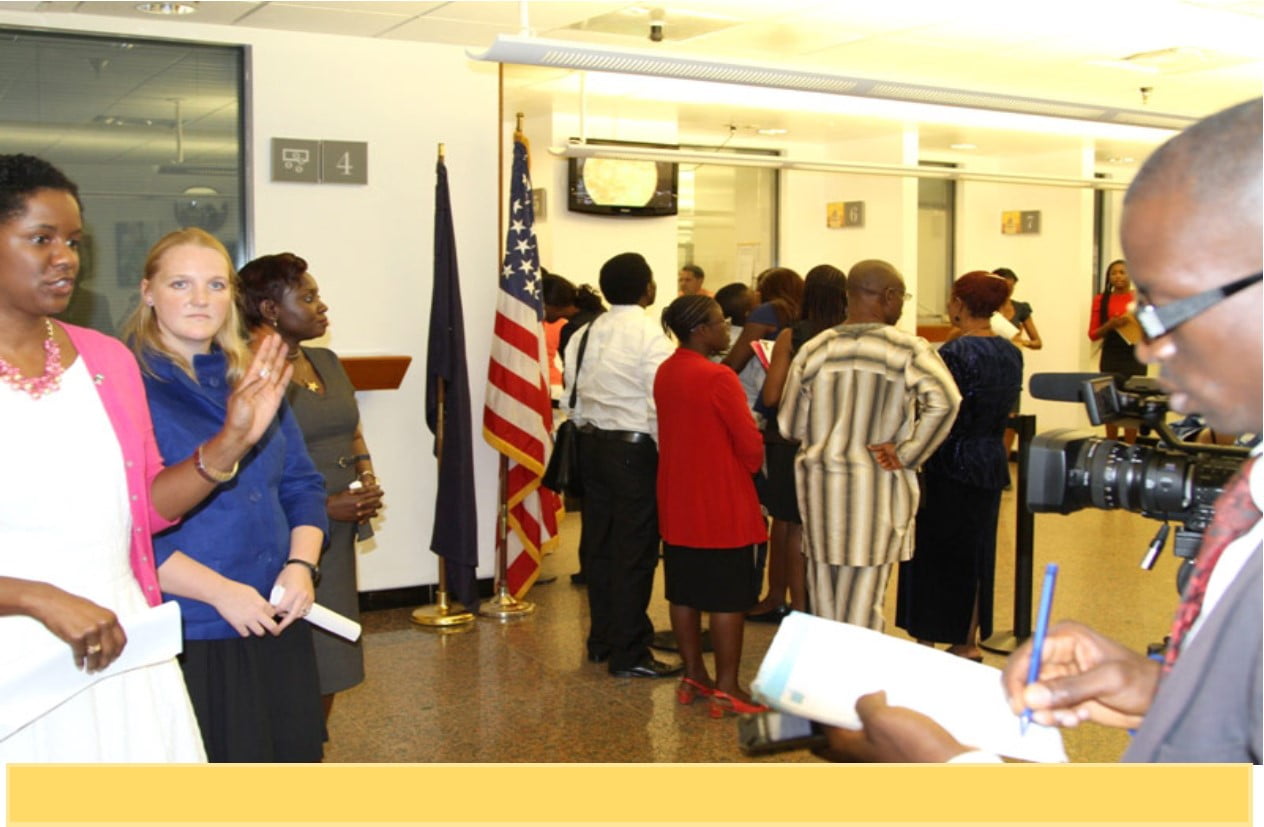 Although the direct targets of the ban are Nigerians who overstay their visa periods or disappear altogether when they enter the US, these figures suggest that close relatives of American citizens in Nigeria will suffer the most from the restriction.

Relatives of Nigerian-Americans are the hardest hit by yesterday’s United States’ immigration ban on Nigeria and five other countries.

Of the four countries affected by the sweeping immigration ban, Nigeria topped the list of immigrant visas granted in 2018, accounting for nearly 75 percent of the 10,686 successful visas issued by the US.

Records also show that more than 60 percent of the successful immigrant visa applications (4,525) went to immediate relatives of Nigerian-Americans.

Quite a significant number (2,822) were given for “family preferences,” while the rest were reserved for those who secured employment in the United States (495) and for “special cases” (82) which included those seeking refugee status.

ALSO READ: How the US Travel Ban Affects You as a Nigerian

Although the direct targets of the ban are Nigerians who overstay their visa periods or disappear altogether when they enter the US, these figures suggest that close relatives of American citizens with deep roots in Nigeria will suffer the most from the restriction.

In addition to the hundreds of billions of Naira that this group yearly repatriate to Nigeria to take care of their suffering folks, many have intensified efforts to ferry their relatives out of Nigeria altogether by filing immigration applications on their behalf.

A Wall Street journal report last night announced that President Trump signed a proclamation, same day, that disallows citizens from Nigeria, Eritrea, Myanmar and Kyrgyzstan from applying for visas to immigrate to the U.S.”

The four new countries will join other countries that President Trump had banned before including Iran, Libya, Somalia, Syria, Yemen, Venezuela, and North Korea.

The difference however is that citizens of the countries under the latest ban will not be stopped from applying to visit the US for business or pleasure.

According to the acting Secretary of the Department of Homeland Security, Mr. Chad Wolf, the four countries are being punished because they are not cooperating with the United States to deal with the issue of illegal immigrants.

He gave specific examples with Eritrea which does accept her citizens that the US wanted to deport to their home country as well as Myanmar which shows reluctance to share information regarding citizens movements and potential terrorist activity.