El Rufai: On the Mark 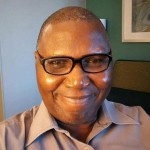 I did a double-take after reading the following comments from our Senators on the issue of el Rufai and his tenure in as Minister of the FCT. It is amazing that the Senators could be so detached and objective in assessing the man. There are two possible explanations: many of the Senaotrs obviously benefitted from the el Rufai land and house largesse, hence the “measured” assessments. Or it could be that Malam Nasiru must still be important in the power calculations of the “owners” of PDP. Whichever way, the following must rank as the most objective assessment of a public figure that I have read in a long time, from our assemblymen.

Debate yesterday was flagged off by Senator Jibril Aminu (PDP, Adamawa Central) who noted that el-Rufai’s lapses while in office seemed to have outweighed his good works.

“We must also regret why we allowed him to continue to do all these lapses,” Senator Aminu said.

Senator Nimi Barigha-Amange (PDP, Bayelsa West) in his own comment blamed the Senate for keeping mute in the face of the perceived excesses of the former minister.

In her own contribution, Senator Chris Anyanwu (PDP, Imo East) affirmed that El-Rufai did not act alone as minister, saying he did well in several sectors, and deserves commendation.

She, however, regretted that the achievements of the former minister were covered by his “insufferable arrogance.”

She cited the cleansing of beggars from Abuja streets and the removal of the shanties as some of the achievements of the former minister.

She regretted that some of the el-Rufai’s positive achievements are now being overshadowed by the return of the illegal structures and beggars in Abuja.

Speaking along the same vein, Senator Osakwe said that whatever actions taken by el-Rufai were the products of the former Federal Executive Council which gave him the mandate for whatever he did. He, however, noted that the former minister carried out his activities without a human face.

In his own contribution, Senator Ekweremadu lamented that Nigeria, unlike other countries carried out urban regional programmes without adequate planning for the displaced persons.

“In Malaysia, they built houses and put those living in the slums there but in Nigeria what did they do? They demolished houses and sent the people living there away to their villages so that those who came last to Abuja are now the ones occupying the city,” Ekweremadu lamented.

Senator Kanti Bello in his own submission blamed the press for the problems saying the media failed to harp on the perceived excesses of the former minister.

“I believe that our courts and our press should be more patriotic,” he said. Debate on the report continues next Tuesday.