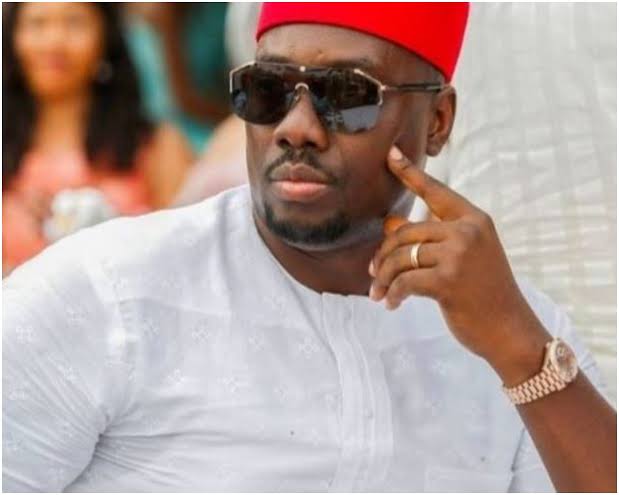 Officials said last night that Chief Obinna Iyiegbu, aka Obi Cubana is still under arrest and detention by the EFCC, the anti-graft agency.

He has spent a second night in EFCC custody being questioned for yet to be officially disclosed offences.

Agency spokesperson, Wilson Uwujaren, confirmed last night that the suspect is still in their custody.

In other sources quoted by The Punch newspaper, EFCC officials said he won’t be released until they are satisfied with questions over his “illegal deals.”

Obi Cubana answered the Agency’s invitation on Monday and was subsequently detained for questioning.

The arrest and detention initially raised eyebrows until the Agency began to surreptitiously leak details of his alleged misdemeanors.

EFCC sources listed “tax fraud,” “money laundering” and “abuse of the Naia in public” as issues for which he is being questioned.

As at this morning, the Agency has yet to issue an official explanation for the arrest of the popular after-hours entrepreneur.

He manages some of the most popular entertainment style businesses in Nigeria’s capital city of Abuja.

How he got into the wrong side of the law has so far remained entirely speculative.