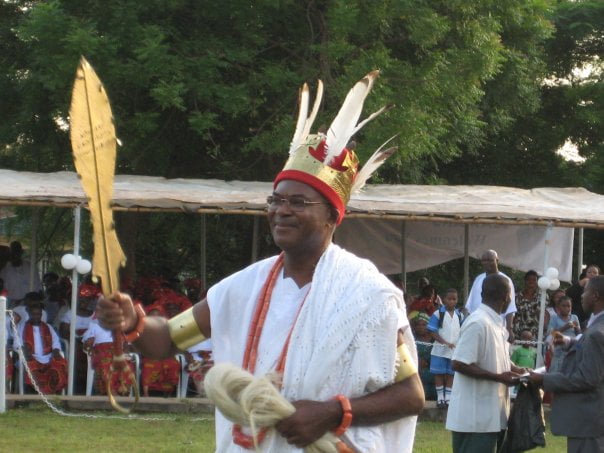 The monarch broke the news today to Southeast peers and bishops who came to discuss security in their region.

The Abuja-Kaduna rail link was hitherto the safest means of transport to Kaduna, a hotbed of terrorist activities in Nigeria.

Obi Achebe said it was an emergency call that prevented him from boarding the train after he arrived at the station.

“I was among the passengers meant to be on the train last Monday because I had a meeting I was supposed to be attending.

“I was already at the train station when I got a call over an emergency and I had to leave the station to attend to it.”

The Monday evening train attack occured in an isolated location between Katari and Rijana train stations.

Authorities said the terrorists blew up the rail track with explosives, thereby forcing the train to derail.

They immediately opened fire on passengers and crew, forcing many to scamper into the bushes.

Chief Executive of Nigerian Railway Corporation, Fidel Okhiria, confirmed the attack as well as the abductions and casualties.

Nine persons died while the abductors hold on to an unspecified number i the forests by their abductors.

Witnesses said the terrorists carefully isolated high profile individuals and herded them into the bushes.

The operation lasted for over an hour before a military detachment arrived, passengers said.

In Enugu today, Obi Achebe decried the insecurity that has enveloped the nation.