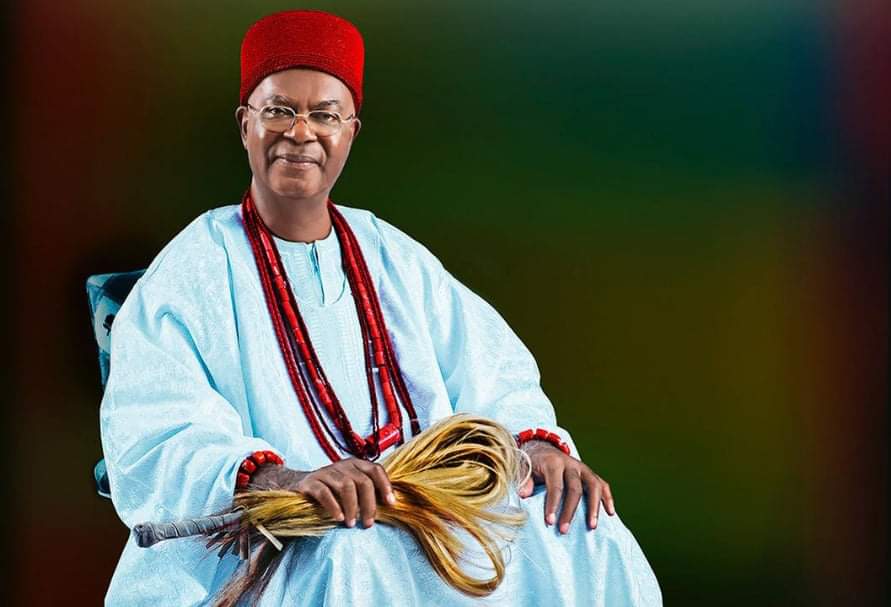 … says he never planned to travel by rail

Obi of Onitsha dismisses as false and callous the story that he nearly boarded the ill-fated Kaduna-bound train on 28 March.

Igwe Nnaemeka Achebe said in a statement last night that he was never at an Abuja train station as reported.

He admitted that he initially considered but however discarded the idea of going by rail to attend a Kaduna event.

The trip, according to him, was an invitation by army authorities to address officers of various security outfits in the country.

He named the school as the Nigerian Armed Forces Command and Staff College, Jaji, near Zaria in Kaduna State.

Giving a background on this journey, the monarch said he accepted the alternative of a fully-armed military escort to travel by road.

The volatile security situation in Kaduna State forced his hosts to consider various alternative means of transport, he said.

But they quickly discarded the option of a train ride in favour of heavy military escort to and from Jaji.

His speech to the officers was on 29 March, a day after the bombing of a Kaduna-bound train by terrorists.

He said he returned to Abuja on the 30 March without incident using the same military escort.

Obi Achebe strongly disclaimed the reports that he nearly boarded the ill-fated train, calling it “callous.”

“Thus, it is the absolutely callous for anyone to use such a distressful national tragedy to grab fake media attention.”