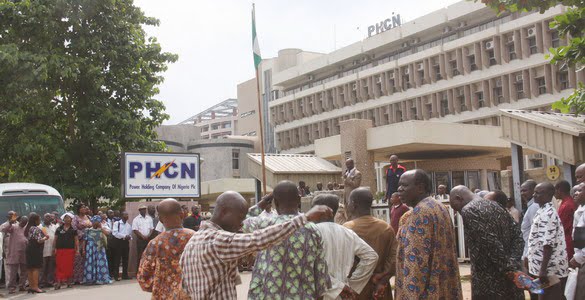 AS one who has worked in the Power Holding Company of Nigeria (PHCN), I decided to weigh in with this contribution to help the general public understand the genesis of the conflict between the government of Nigeria and the leadership of industrial unions in the power sector. I write this with a mixture of happiness and sadness.

Why happy? Keen watchers of events in the sector could not have missed three momentous events of the past three weeks: the sudden and very noticeable increase in the quantum of public power supply nationwide; the handover of the country’s transmission backbone to a Canadian firm to restructure and manage; and the acceptance of bids from local and foreign investors interested in acquiring the old PHCN power generation and distribution companies that government has put up for sale. All of a sudden, it appears that the reform of the power sector is finally underway.

As significant as these events were, I was saddened to read two other issues that newspapers reported last week. In the first, a local contractor brandished a court order that stopped the government from using anyone else but herself to buy pre-paid meters. Her company was apparently given a contract since 2001 (11 years ago) to supply five million pre-paid meters but had not delivered up to 200,000 till date. In the other, the Nigeria Labour Congress (NLC) threatened to shut down public power supply and call out its members on a nationwide strike unless the government withdraws security personnel from PHCN offices and pays accumulated 25 per cent salary deductions as severance benefits to PHCN workers.

These two related events are significant because they strike at the heart of the reform and, if not handled adroitly, will have the effect of rolling back what the government has done so far to bring the country out of darkness. If the government does not find a way to stop this contractor, consumers would have to continue with PHCN’s estimated billing system – and thus continue to be at the mercy of my former colleagues. But all of this may not matter if the NLC were to carry out the threat to shut down power stations; the NLC would once again ride on the back of national suffering to enforce its will.

What is the bone of contention? Government, according to the reports, wants to move workers of PHCN to the national pension programme as stipulated by the 2004 Pension Reforms Act, from where the workers would be paid 15 per cent of their accumulated basic salaries, with effect from June 2004 when the Act came into effect. Government wants to do this because there is no other way to pay off PHCN workers as it gets set to privatise 17 of the 18 successor companies unbundled from PHCN. Government will source the funds for payment of the benefits from the treasury because PHCN workers never made any kind of contribution towards their retirement!

It sounds incredible, but it is true that PHCN workers do not make pension contributions. The government did not hitherto have anything to do with PHCN’s Superannuation Scheme and therefore the pension of PHCN workers; the pension contributions and disbursements were supervised in-house by the PHCN management in collaboration with the leadership of the three unions in the sector. Between 2004 and now, the unions’ leadership and the PHCN management had stoutly resisted all attempts by the Pension Commission to make them conform to the Pension Reform Act and migrate to 15 per cent mandatory salary contributions. Because the management of NEPA-PHCN had absolute control of their internally generated revenue (IGR), they voted funds from this IGR to fund the PHCN Superannuation Fund, which they used to settle staff members that were retiring. This was irregular and illegal. To cover up this act of financial rascality, both the management and the unions told the whole world that their Superannuation Scheme was funded from 25 per cent of PHCN workers’ salaries. They never thought that the hour of reckoning would come, when the government would want to do away with the corruption and inefficiency that define NEPA-PHCN.

Under the circumstances, those of us who understand the system harbour no sympathies for the management of the PHCN and the leadership of the labour unions; they acted true to type and led the workers of PHCN into this mess. If they, as trustees of the scheme, had made and banked 25 per cent deductions from workers, workers of the PHCN would have been smiling to the banks today, and there would be no need for the NLC to threaten a nationwide strike if government fails to pay for deductions that were never made. The surprise is that government has not apprehended and prosecuted them for the sleaze that they ran up in the system.

Our sympathies rather lie with ordinary workers of the PHCN who are bearing the brunt of the recklessness that their top managers and union leaders displayed. Many of these workers (especially those who work at the generation plants) are heroes, working under impossible conditions to produce power. I believe that it is out of sympathy for these workers that government has decided to come to their rescue by ensuring that they go home with respectable benefits, even if the funds to prosecute this (N85 billion) come from other taxpayers’ money.

Is the NLC properly advised on the issue before its decision to threaten government with its national strike?

How Abuja nightcluber was electrocuted at Cubana facility