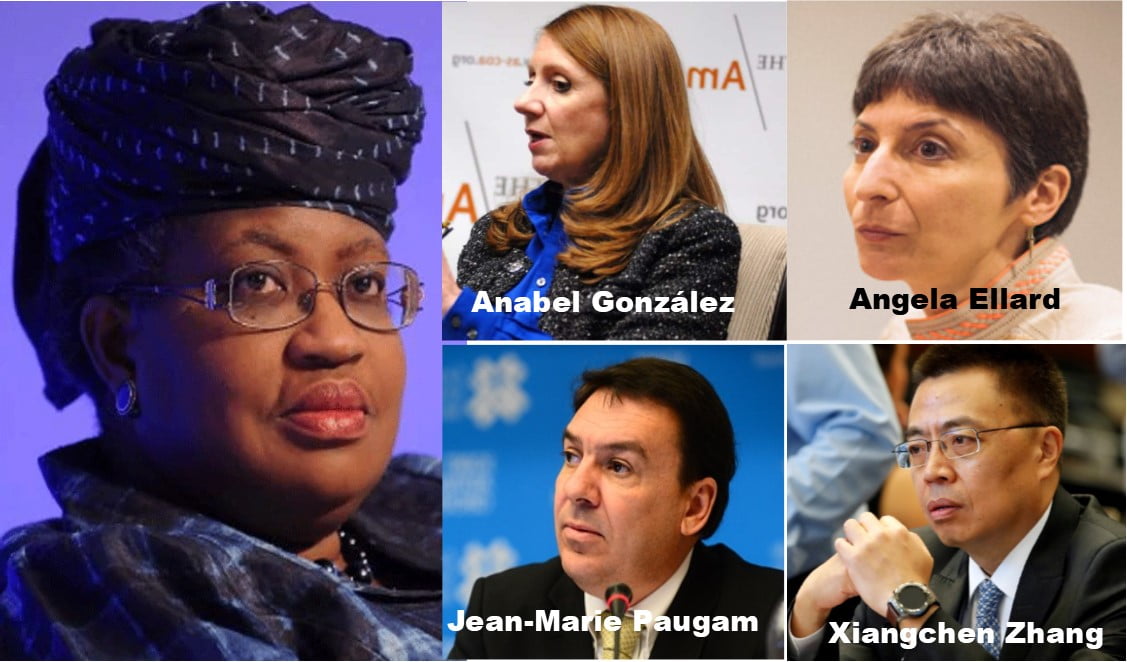 The appointments come nearly three months after she was picked as the first African and first woman manager of the global organisation.

Their profiles, as released by the WTO on its website today are as set out below:

Ms Angela Ellard (United States) has a distinguished career working at the US Congress as Majority and Minority Chief Trade Counsel and Staff Director. She is internationally recognized as an expert on trade and international economic policy, negotiating trade agreements and supporting multilateral solutions as part of an effective trade and development policy. Ms Ellard negotiated and delivered significant bipartisan trade policy outcomes and legislation for well over 25 years with Members of U.S. Congress during the Trump, Obama, Bush, and Clinton Administrations. As a private sector lawyer, she worked on trade litigation and strategy, policy and legislative issues. Ms Ellard obtained her Juris Doctor, cum laude from Tulane University School of Law and her Master of Arts in Public Policy also from Tulane. She’s a frequent lecturer at law, graduate, and undergraduate classes and has published articles on trade law and policy.

Ms Anabel González (Costa Rica) is a renowned global expert on trade, investment and economic development with a proven managerial track record in international organizations and the public sector. In government, Ms Gonzalez served as Minister of Foreign Trade of Costa Rica; as Director-General for International Trade Negotiations; as Director-General of the Costa Rican Investment Promotion Agency (CINDE); and as Special Ambassador and Chief negotiator of the US-Central America-Dominican Republic Free Trade Agreement. She also served at the World Bank as a Senior Director, the WTO as Director of the Agriculture and Commodities Division and as Senior Consultant with the Inter-American Development Bank. More recently, Ms Gonzalez has worked as a Non-Resident Senior Fellow with the Peterson Institute for International Economics. She obtained her master’s degree from Georgetown University Law Center with the highest academic distinction and has published extensively on economic issues and trade.

Ambassador Jean-Marie Paugam (France) has held senior management positions in the French Government on trade, most recently as Permanent Representative of France to the WTO. He has also held a number of senior positions in the French Ministry of Economy and Finance, including as a member of the Executive Committee of the French Treasury. He served as Deputy Executive Director of the International Trade Centre in Geneva. Paugam has accumulated a deep and practical knowledge of government practices on trade as well as being familiar with high-level dialogues on trade and international economic operations. He has published a number of articles on trade-related issues, in particular when serving as Senior Research Fellow on International Trade at the French Institute for International Relations (IFPRI). Ambassador Paugam graduated from ENA in Paris and obtained degrees in Political Science from the Institute of Political Science in Aix-en-Provence and in Law from the Faculty of Law Aix-Marseille III.