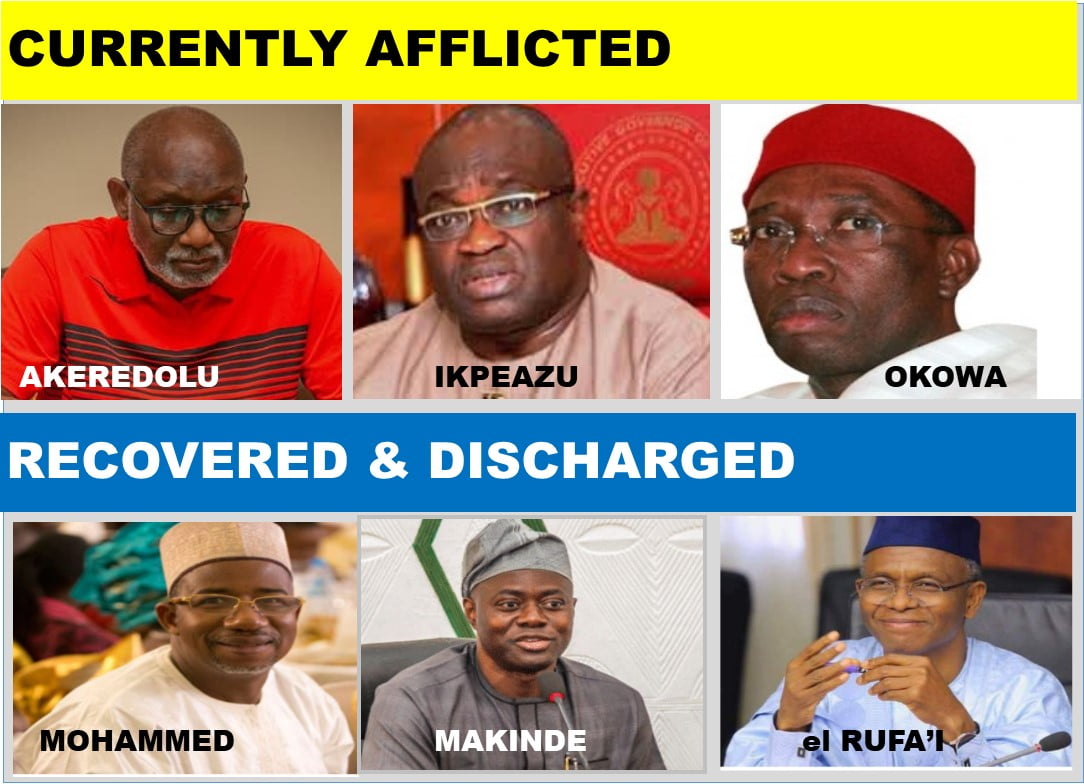 A State Government spokesperson announced today 1 July 2020 that the governor and his wife, who have hitherto been on self isolation, have tested positive to the virus.

The Okowa family went into self-isolation when their daughter tested positive last week.

With Okowa’s affliction, six of Nigeria’s 36 Governors have now suffered an attack of the virus, further dramatising the severity of the ailment especially to apathetic individuals in Nigeria.

Among them are two Governors from the North West and North East regions – Nasiru el Rufa’i (APC, Kaduna) and Bala Mohammed (PDP, Bauchi). The duo who were the first to announce that they had caught the contagion, were quickly followed by South West Governor Seyi Makinde (PDP, Oyo State).

All three have fully recovered and have since resumed duties.

A test conducted on Bala’s deputy in Bauchi State, Baba Tela, was also confirmed positive to the virus.