Osinbajo rage on SARS is the latest hypocrisy 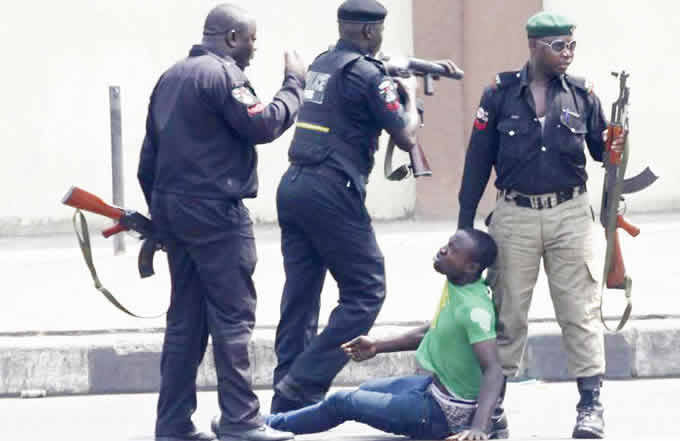 WHO remembers  how enraged Vice President Yemi Osinbajo was and what he said about the Special Anti-Robbery Squad, SARS, only two years ago? A quick reminder here would be appropriate.

Osinbajo as Acting President in a press statement of Tuesday 14 August 2018, which his media aide Laolu Akande authored as published by The Punch, among other media, said this:

“Following persistent complaints and reports on the activities of the Special Anti-Robbery Squad that border on allegations of human rights violations, Acting President Yemi Osinbajo, SAN, has directed the Inspector General of Police to, with immediate effect, overhaul the management and activities of SARS and ensure that any unit that will emerge from the process will be intelligence-driven and restricted to the prevention and detection of armed robbery and kidnapping, and apprehension of offenders linked to the stated offences, and nothing more.

“The Acting President has also directed the IGP to ensure that all operatives in the emerging unit conduct their operations in strict adherence to the rule of law and with due regard to International Human Rights Law and the constitutionally guaranteed rights of suspects.

“The operatives should also bear proper identification anytime they are on duty.

“In the meantime, the Acting President has directed the National Human Rights Commission to set up a special panel that will conduct an investigation of the alleged unlawful activities of SARS in order to afford members of the general public the opportunity to present their grievances with a view to ensuring redress.”

Ibrahim Kpotum Idris was Inspector-General of Police then. Is it possible that the directives were domiciled with Idris whose tenure ended about a year ago? Idris is gone; we have to start all over.

Mohammed Abubakar Adamu has made several SARS statements since succeeding Idris. One more statement after meeting with Vice President Osinbajo would not cost the IG any discomfort.

It is not as if Adamu was not in the police management team when the Acting President issued those clear instructions. The difference could be in him hearing them as IG.

What changed after two years of the Acting President’s order? Were the orders temporary in line with the status of Osinbajo’s office then? We would still hear about SARS. The government would issue more directives and the people would complain. Would we continue that way?

Are SARS operations nationwide? The preponderance of complaints appears to be from certain parts of Nigeria. The investigations should look at the coverage of the operations, SARS training that results in the brutalities, and clearer mandates for SARS.

Sunday 5 October 2020, the News Agency of Nigeria, NAN, and other media published Laolu Akande’s SARS statement on behalf of the Vice President, a Professor of Law:

“The arrest, maiming or killing of young people or anyone at all, is completely wrong. It is unlawful and illegal, and anyone involved in this act ought to be investigated and prosecuted. Today, I had a meeting with the IG and we reviewed several of these issues. The President is very concerned about it; he wants to see a reform.

“You are probably aware that the IG has issued a statement looking at all these issues, in particular, the warning against the use of these tactical units such as SARS for purposes of doing anything other than anti-robbery. For example, he specifically said that you cannot have a situation where SARS says they are investigating cybercrime by arresting young men and women carrying their laptops and phones.

“Cybercrime is an electronic crime. I don’t see how you can investigate that by seizing people’s phones in a taxi or in their cars. He has said clearly that policemen must wear police uniforms.

“You cannot say that because you belong to a tactical unit, you can dress in your casual clothing and be armed.

“So, clearly, a reform is in the offing”.

One would almost think the Vice President was addressing a fresh matter. No reference was made to the Human Rights Commission in the latest reform. Whatever happened to the investigation that the acting President ordered two years ago? Were his orders ignored? Has everyone forgotten? When will the running circles end?

Sunday’s statement was weak compared with that of 2018. Even the more emphatic 2018 statement did not stop the killings. How could it when the suspects were never punished? Many of the stories about SARS from rural Nigeria do not make it to the media.

Do we draw any confidence from the Vice President’s confirmation that President Mohammadu Buhari was very concerned about the atrocities of SARS? What comfort does the knowledge provide?

Politicians hungry for media attention have discovered that SARS makes news. Have we also forgotten all the buzz around the death the death of Tiamiyu Kazeem, a young footballer with Remo Star Football Club that SARS killed on Saturday 22 February 2020?

The House of Representatives on Thursday 5 March 2020 asked its Committees on Police Affairs, Justice, and Human Rights to investigate and ensure that “justice is not only done but seen to be done.” Inspector Olaniyi Ogunsoro, the officer who was involved in the death of Kazeem, was reportedly dismissed.

Ogun State Governor Dapo Abiodun confirmed on his official social media account that the perpetrator behind the death of the footballer has been arrested in which justice must be done. Has justice been done?

SARS and the anti-kidnapping units have their roles cut out.  They are doing great jobs. They have simply run out of span. Maybe those who they saved do not speak enough. What can we do without them? What will we do with them?

Nothing in my position suggests that the stories about SARS are not true. They are and their frequency, the depth of the brutalities, the absence of deterrent measures on officers who step out of line are obvious.

These hint at lack of supervision. Apparently, nobody is concerned enough about SARS to act beyond words or realise that drastic actions need to be taken.

Challenges we face are with the police. SARS and other special units manifest the larger malaise of the police. Unless the police are overhauled – not change of uniform, not just wearing name tags, not one day of stated intentions, not pretences at anger – we would hear more from SARS, but unfortunately they would be the same sad stories that pre-dated the Buhari administration.

In addressing these issues, we must avoid cutting the head as cure for headache.

Our government prefers to blame SARS. Surprisingly, someone has forgotten to blame Goodluck Jonathan for SARS.