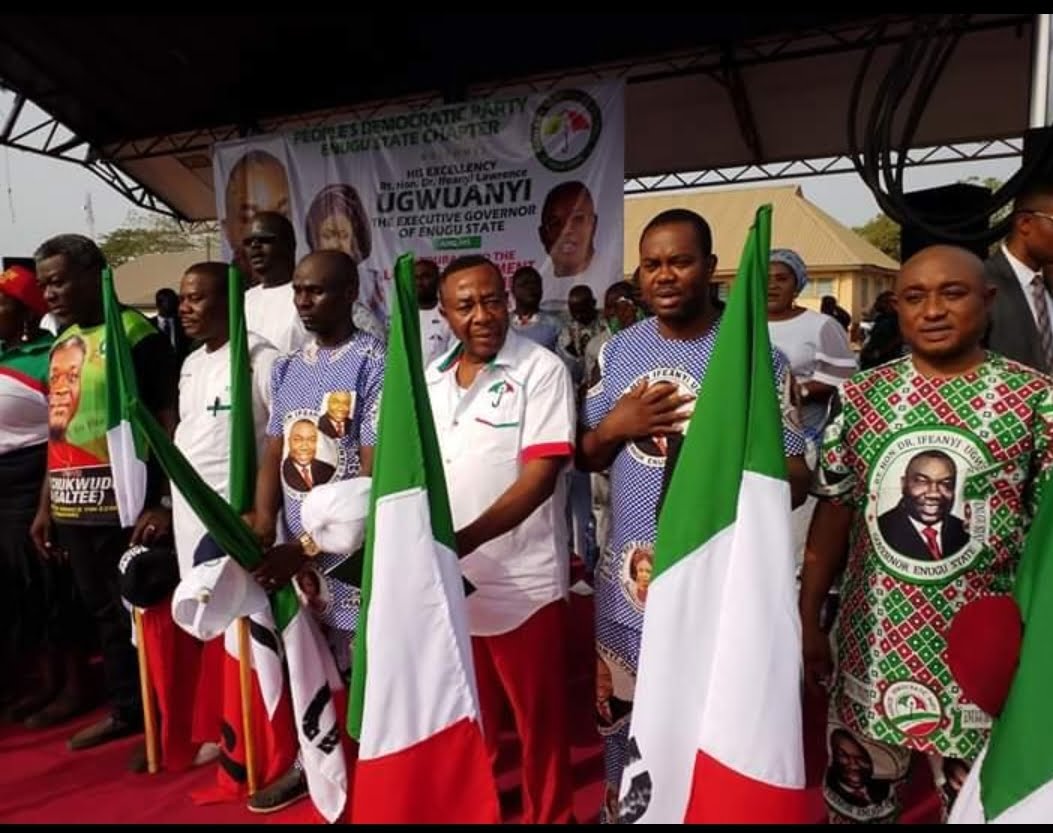 The party officials used the ceremony to officially commission their 17 chairmanship candidates for the elections.

The local council polls will take place eight days away on 29 February, giving the party five days to campaign in the various wards in the State.

Two key Senators – Ike Ekweremadu and Chimaroke Nnamani – and majority of federal legislators were however absent at the event.

Speaker after speaker at the event extolled the vitues of the State Governor and pleaded for massive turnout of voters on election day.

The State’s party chairman, Chief Augustine Nnamani, thereafter presented the party’s flags to the chairmanship candidates alongside their deputies.

Gov. Ugwuanyi in his concluding speech, expressed gratitude for the “solidarity, goodwill, prayers and support” he continues to receive and urged people of the State to vote for PDP candidates in the forthcoming elections.

Two key Senators – Ike Ekweremadu and Chimaroke Nnamani – and majority of federal legislators were absent at the event.