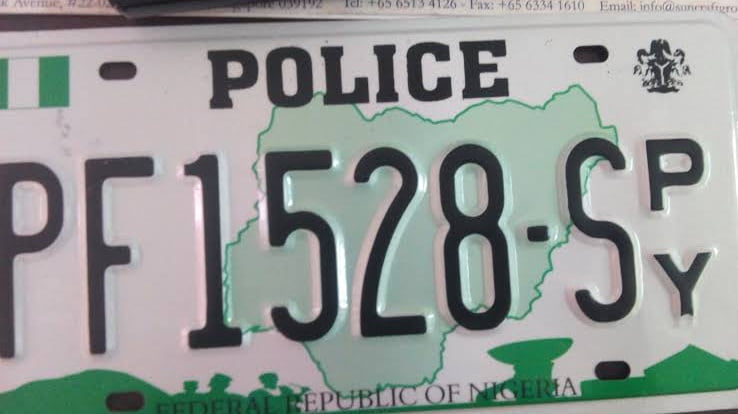 Nigeria Police ban use of SPY number plates by VIPs to halt abuse of traffic regulations by approved users.

The State Commands are to seize the spy plates and ask their owners to revert to their original vehicle number plates.

The Police authority equally directed policemen on escort duties with vehicles that have the banned plates to remove them.

Police empowered the enforcers to arrest escorts who ignore the order and are found riding on vehicles with SPY plates.

The IGB however forbade enforcers of the ban from arresting vehicle owners themselves.

They were instead, requested to treat the vehicle owners with courtesy and respect their rights to dignity.

The goal was to assist the owners who needed to move staff, equipment and VIPs under security cover.

Police however said in the statement that the owners were using the cover of SPY number plate to break the law.

Specifically, approved owners habitually disregard traffic rules and break other laws, according to the statement.