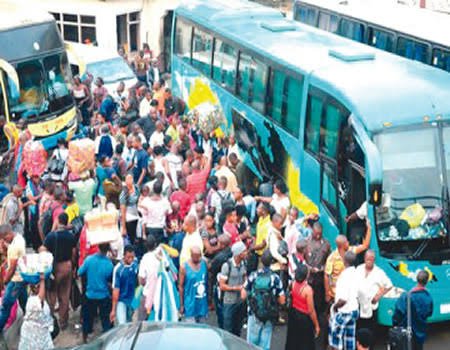 Don’t travel this December 2020 if you can; there will always be many more festive seasons to celebrate, says PTF’s Boss Mustapha.

South East Igbos are especially famous for their traditional mass return and thanksgiving celebrations which coincides with Christmastide in December.

Mustapha who is Secretary to the Government said that the PTF considers it necessary to caution everyone against non-essential trips.

“Ahead of the upsurge in travels for the Christmas and New Year festivities, we urge strongly that for this year, such trips should be put on hold firmly because of the risks involved.

“The PTF similarly finds it necessary to mention that during the Christmas and New Year festivities, large social gatherings should also be avoided because there is a bigger risk of COVID-19 transmission.

“New clusters of cases can emerge in places that have so far been unaffected as people travel and gather for festivities.

“But we can lower the risks by adhering to the non-pharmaceutical interventions and celebrate, safely.

“There will always be many more festive seasons to celebrate.”

Many citizens have taken up the cautionary cries in a bid to avert a second wave of the Covid-19 contagion that is ravaging the western world.

However, 1,168 patients have so far died from the virus nationwide, according to figures from the Nigeria Centre for Disease Control (NCDC).

The five South East States are not in the top-10 endemic States. Enugu, the highest incidence-reporting among them has 1,332 cases, followed by Ebonyi at 1,055.