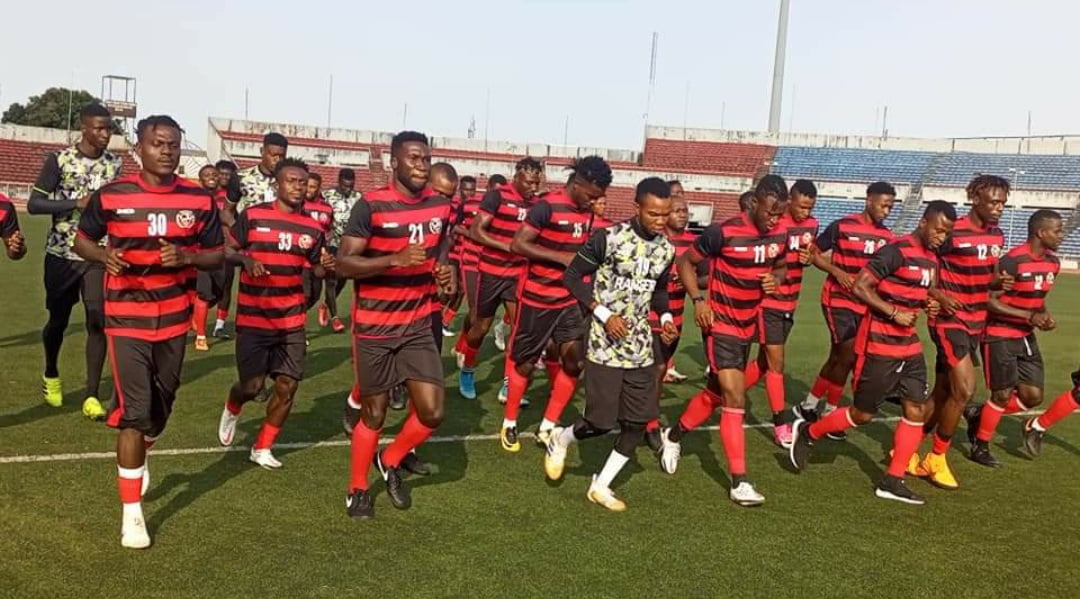 The contest, fought at the Muhammadu Dikko Stadium, Katsina, ended 1- 2 in favour of visiting Rangers.

Rangers defeat of their hosts signposts the team’s battle-readiness for the 2021-2022 professional league contest that opened this weekend.

The home team however equalised 20 minutes later from the booth of Mustapha Salisu. Both goals were scored in the first half of play.

Rangers showed superiority on resumption of the second half when Ossy Martins slotted in a second goal in the 54th minute.

All efforts by the home side to level up scores were stoutly resisted by the more enterprising team from the Coal City.

The situation didn’t change even after Rangers goalkeeper, Saidu Mutawakilu, got a second yellow card in the 85th minute and was expelled.

Enraged fans of Katsina United stormed the stadium after the final whistle ostensibly to attack Rangers players and officials.

The pandemonium was however quickly brought under control and the team escaped unhurt.

The Rangers win in Katsina is the only away victory recorded in six professional league matches played this weekend.

The win greatly delighted fans of the Coal City Clubside who regarded it as a fitting Christmas gift.

Notably, the scheduled match between Sunshine Stars and Wiki Tourists was postponed.

Rangers is scheduled to play its second match with Enyimba Football Club of Aba on Boxing Day, 26 December.

The match may however be shifted backwards to allow players also enjoy the public holiday.

Maikaba joined Rangers this season from Plateau United to replace Salisu Yusuf, who has returned to his job at the national team.