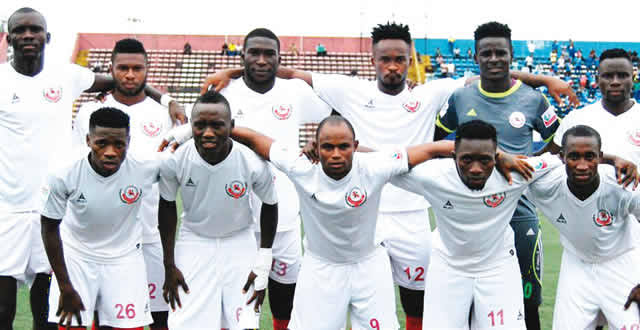 The result did not however improve their league standing and they ended the season outside the top five.

The legacy Clubside will not play in the Continent in the 2021-2022 African football season.

Rangers’ scored its two goals against Plateau in the first and second half of the game respectively.

The first goal came from the Captain of the day, Traore Issif, in 7th minute when he nodded in a free kick from Chiamaka Madu.

United’s Coach, Abdul Maikaba, said at the post-match conference that he was not surprised at the performance of Enugu Rangers.

“Rangers is a good team anyday. Today is not an exception (from) one of the ancient clubs in Nigeria.”

The Coach who said his contract with Plateau has expired, also gave thumbs up for officiating at the match.

He however regretted not qualifying the team for a continental ticket.

“My target was to either lift the trophy or at least qualify for continental engagement,” he said.

The Rangers Management Corporation later thanked the players and technical crew for not allowing the team slide to relegation zone.

The Thursday match with Plateau United signaled the end of the season for the Club.

General Manager, Prince Davidson Owumi, however, regretted not lifting the trophy this year “because of some challenges.”

He promised that next season would not be far from Rangers.

He also hinted at his impending departure. According to Owumi, “this will be the last time some of us will sit down together as team mates.”

He noted that some players’ contracts have expired, some will be dropped for poor performance while others join other Clubsides.

“We wish you well. As you travel home for holiday, be careful and train too”.

Players will know their status with the Club after Rangers Management receives and reviews a report from the technical crew.

The team managers were given one week to prepare and submit the technical report for Management action.