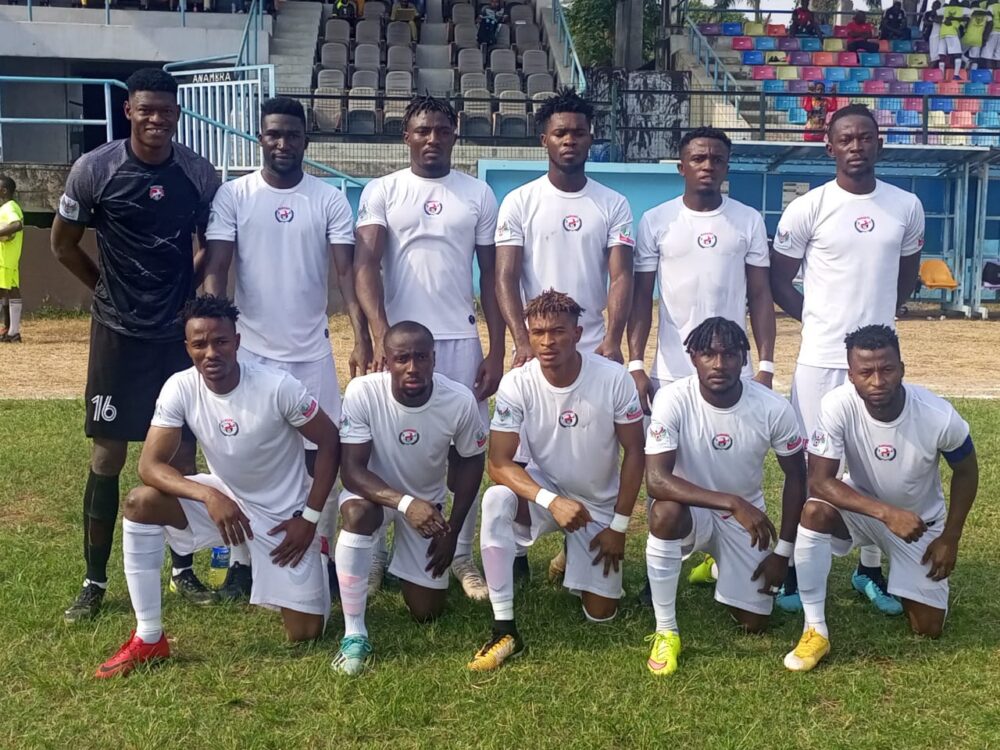 The first half ended in a goalless draw as the two teams stoutly defended their turf. Rangers however kept the defense line of Nasarawa – led by Sadiq Abdullahi and Goalkeeper Danlami Umar – very busy.

The quartet of Elijah Ani, Christian Nnaji, Chidiebere Nwobodo and Kenechukwu Agu aggressively surged in from both wings.

Rangers looked more energetic in the second half and dominated the game throughout.

To circumvent the human hazard, Rangers attackers tried getting the much-needed goal by resorting to long-range strikes.

Elijah Ani’s 52nd minute cracker from outside the box hit the crossbar and bounced twice between floor and roof of the goalpost before the Goalkeeper held it.

Everyone at the match venue counted it as a goal, but the referee allowed the goalkeeper to kick from the box.

Another thunderous shot from outside the box fired by Christian Nnaji in the 61st minute was followed by the Goalkeeper. But the force of the shot drove both keeper and the ball inside the net.

This was how the goal was counted for Rangers as it left no room for technical maneuver by the umpires.

In a post-match interview, Rangers Assistant Coach, Mbwas Mangut, downplayed the hazard and described it as a fair game.

He was happy that Rangers secured maximum points from the encounter “despite some lapses in the course of the game.”

“We started well but later came under some pressure and this made it a little difficult for us.

“But we had to tell ourselves to revisit our style of play which helped to give us the victory.

“The result is a way forward for us as we have climbed a bit further the ladder. And we will keep working to get more.”

“The game has been played, won and lost. But the league is still a long way (away).

“We will go back and prepare better for subsequent games,” Nikiyu said

This win lifts Rangers to the 3rd position in the professional league with 23 points from 13 matches.

Consequently, the Flying Antelops are trailing Plateau United on 27 points and Rivers United in second position with 26 points.

Rangers travels to Port-Harcourt to square up with the second-placed Rivers United on Sunday 20 February by 4.00pm.

It’s a tough game that Rangers needs to win and advance. Rangers needs a 7-0 goal margin to be able to displace Rivers United from its second position.