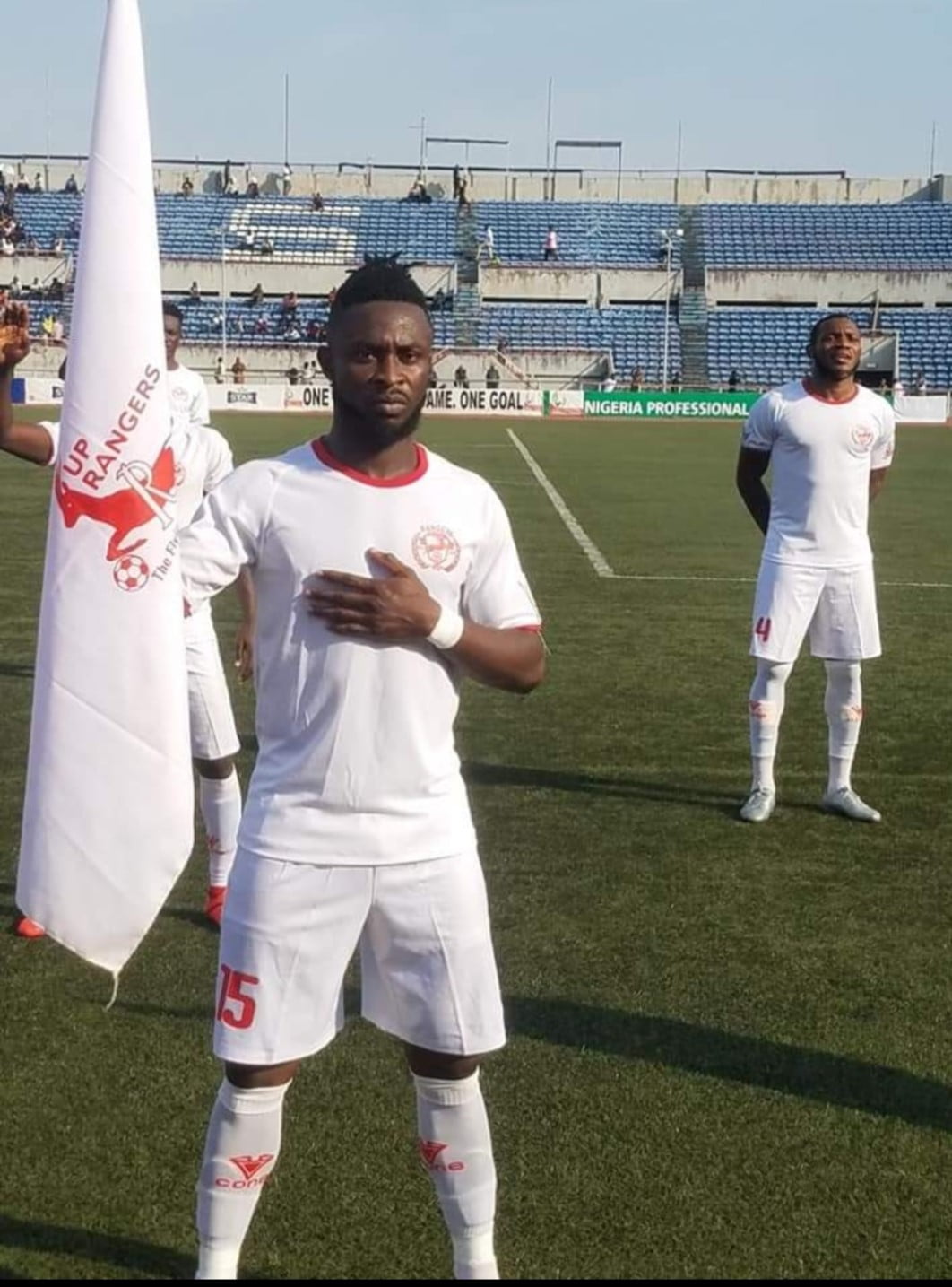 Consternation in the camp of Rangers International Football Club of Enugu this evening as Striker Ifeanyi George dies in car crash.

Nigerian international and Rangers striker, Ifeanyi George, died in a ghastly motor accident at Abudu, a boundary community between Delta and Edo State.

He was driving back to Enugu from Lagos when his Infinity M35 car lost control and rammed into a stationary vehicle.

George was being accompanied by a Rangers feeder team player, Emmanuel Ogbu, and another friend.

Ifeanyi’s friend, Eteka Gabriel, came from Calabar to Enugu and joined them on the ill-fated trip to Lagos.

All three friends died unfortunately and their remains were deposited at a mortuary in Owa village near Abudu, officials said.

The players were returning from a botched league match following following a 10-day break given to the players by Rangers Management.

The break followed an order by Nigeria Football Federation, “to suspend every football activity for one month,” due to the Covid-19 pandemic.

Top Rangers Management led by GM Davidson Owumi visited the scene of the accident to interact with road marshals, the police and the hospital.

eMetro News learnt that a discussion has also commenced with a member of his immediate family on his burial.

A meeting is scheduled between the family and Rangers Management within the week, officials said.

“Rangers Management Corporation appreciates the messages and support from well-meaning Nigerians and lovers of sports who are mourning with us in this moment of grief,” the Corporation said in a statement.

It also appealed that “the privacy of the family and the club be respected at this trying moment.”