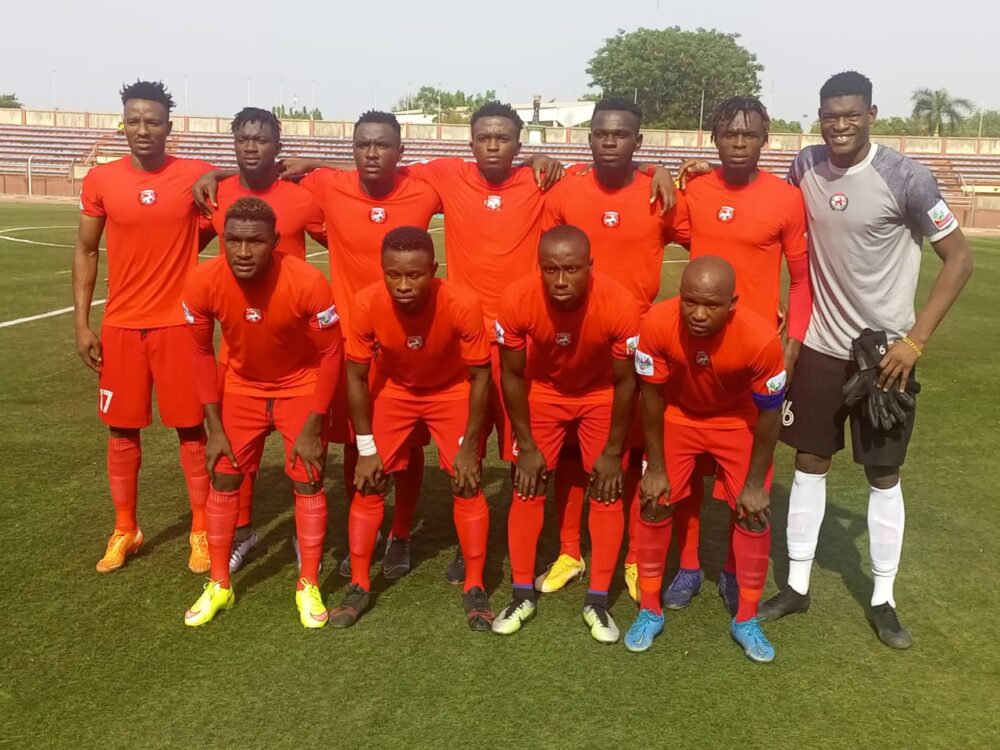 An ambitious Rangers squad tries but succumbs to pressure from Lobi Stars in Makurdi on Sunday 3 April.

The match, played at Aper Aku Stadium Makurdi, ended 2-1 in favour of the hosts.

The Sunday match marked the kickoff of the second stanza of Nigeria Professional Football.

Expectedly, it was a pulsating and very tense encounter with Lobi Star fielding a new management led by Dominic Irofa.

Lobi Stars however came in struggling to come out of relegation zone. Rangers tried to also consolidate on away performances that placed her on 3rd position on the league table.

The Lobi home supporters aggressively cheered their home team. They equally served intimidation, threats, brigandage, and harassment of any perceived enemy to their course.

The arbiter possibly responding to the overt hostility cut off dangerous attacks from Rangers and issued questionable calls.

This continued till the contact in Rangers 18 yard box and he was quick to point at the penalty spot.

Although Rangers Goalkeeper, Seidu Mutawakilu, stopped the shot, the Referee after consultation with the Assistant Referee 2, insisted that it must be retaken.

Ayagwa Raphael repeated the kick which finally found the back of the net in the 65th minute of play.

All Rangers efforts through Chidiebere Nwobodo, Kenechukwu Agu and Ejike Uzoenyi to equalize proved abortive as they played wild or into the hands of the Goalkeeper, Emeka Onyia.

The quest to equalize the goal led Rangers to concede another goal in the 84th minute through a substitute, Utim Godfrey. Godfrey took advantage of a lapse between two Rangers defenders Ernest Governor and Ebuka Anthony.

Despite the loss, Rangers is still 3rd on the league table. The Flying Antelopes defeated the same Makurdi team 5-2 on 19 March at Awka.

Rangers will play Katsina United in the next match tomorrow Wednesday at the new Awka City Stadium by 4pm.

Here are all the results from venues nationwide: