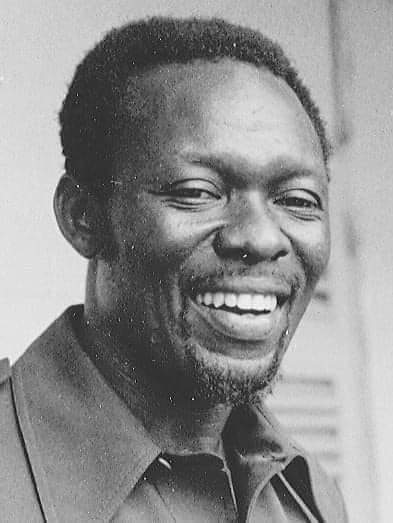 People have completely forgotten that before the coming of the riches of Ali Baba and Okey Bakassi and their vast array of young arrivistes of modern comedy in Nigeria, there was one pioneer of the art who bore the name John Chukwu.

John Chukwu or John God or JayCee or John Tsuku, or whatever came to Lagos with no kobo in his pocket – just like me. However, it took no time at all for all of Lagos to take notice that John Chukwu was a one-man riot squad who shared the JC initials with legends such as Julius Caesar, Jimmy Carter, and even Jesus Christ!

JayCee was a man of many parts. He acted on television and radio, and in films such as Ola Balogun’s Amadi and Jab Adu’s Bisi, Daughter of the River. He was at one time the publisher, reporter, advert manager, cartoonist, circulation manager, owner etc. of the newspaper called Mailbag.

One thing however stood him out. As an original master of stand-up comedy, John Chukwu was nonpareil.
There was this night my friends and I took some classy ladies to a John Chukwu show. After John Chukwu had thrilled all of us with his jokes, the ladies refused to follow us home. The ladies said they were all marching to John Chukwu’s hotel to listen to his jokes until the break of dawn.

We had no other option than to follow the ladies to keep company with John Chukwu and his jokes until morning broke!

JayCee, as he was popularly known in Lagos social circles, was born in 1947 as John Uzodinma Chukwu-Ochie.

His parents, Emmanuel and Catherine Chukwu-Ochie, were both from Ezichukwu Quarters in Maku, Awgu Local Government Area of Enugu State.

John’s father, Emmanuel was a staff of federal forestry Department serving at Ubiaja in Edo State where John, the eldest of many children, was born in 1947.

Some of John’s siblings were also talented artists. For instance, his immediate younger brother, Victor Chukwu, was a noted musician and band owner. The legendary Oliver de Coqe was a guitarist in Victor’s band, the Black Irokos International Band (originally known as the Anambra International Band).

He had a flair for languages and was a powerful orator. It was to make his name easier to pronounce that he decided to cut off “Ochie” ftom it. He was also upset that people pronounced Ochoe as if it means “old” instead of the question “he’s crowned?”