Restriction on Diaspora Voting is a Constitutional Issue 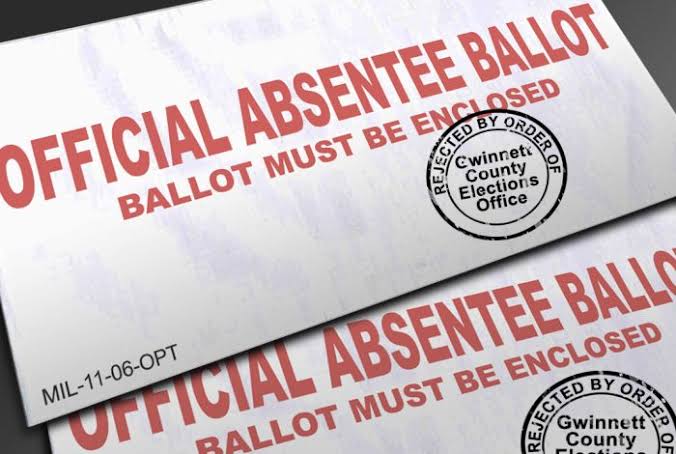 New York-based attorney, CHUMA UWECHIA, explains that the current exclusion of the diaspora vote by Nigeria is based on the premise that they are not resident in Nigeria at the time of registration of voters. He argues, however, that citizens’ right to vote cannot be abridged based on their geographical location – and suggests practical ways to scale the hurdles.

Nigerians travel back to their states of origin and villages to vote rather than at their places of residence and work; … the diaspora vote will follow the same route to be electronically routed to their respective states of origin and constituency in Nigeria for collation during elections…”

Meet us on Social Media as Well

Senator Surajudeen Ajibola Basiru, the Chairman Senate Committee on Diaspora, Non-governmental organization and Civil Societies, was recently quoted as saying that diaspora voting being championed in the country may not be achievable in view of many challenges accompanying it. To diaspora Nigerians, this is a highly troubling statement even if it is the personal opinion of Basiru which is not based on the outcome of his committee’s working report. For now, it is safe to consider this a personal opinion since the committee has not held public hearings, has not solicited memoranda, and has not taken expert testimonies.

Basiru in his press interview stated, among other things, that: “it would be infeasible for diaspora to register physically most especially for legislative elections.” He asked, “Which constituency and ward will their vote be counted for? Even if they are allowed to vote for the presidential election, what would be the value of their vote? Would the diaspora votes represent addition to required percentage in any state? Or, will such votes be regarded as the 38th State or what?” Basiru stressed that “the issue of data is very important and the key to diaspora voting which the country does not have.”

To address the concerns he raised, it is common knowledge that a good number of Nigerians travel back to their states of origin and villages to vote rather than at their places of residence and work, thus the answers to Basiru’s posers are quite evident. The diaspora vote will follow the same pattern and will be electronically routed to their respective states of origin and constituency in Nigeria for collation during elections, as absentee ballots. Currently, the Electoral Act requires only proof of citizenship and that one is ordinarily resident, works in, originates from the Local Government Area Council or ward covered by the registration centre to register.

Almost, if not all Nigerians resident abroad have international passports, so verification of identity won’t be a problem. The Nigerian passport captures relevant biodata information ranging from State of origin, Local Government area, town to street address, as well as the geographical location of issuance. That comprehensive and accurate data is readily available from the Nigerian Immigration Services server to confirm the diaspora population and worldwide distribution. The challenges listed by Basiru are therefore surmountable.

The Nigerian diaspora around the world is credited to have sent back almost $24 billion in remittances in 2018, contributing to the Nigerian economy in a robust and very dynamic way. They deserve immediate recognition and voting rights in their nation.

Providentially, the Chairman of the Independent National Electoral Commission (INEC), Professor Yakubu Mahmood, supports diaspora voting and urges the National Assembly to expedite action to amend sections of the Constitution and the Electoral Act (2010 as amended), on a statement posted on INEC’s official website. He disclosed that the Commission had identified areas of the Constitution and the Electoral Act which needed amendment and was willing to discuss it with the Senate Committee.

Therefore, the only obstacle seems to be the reluctance of the Senate committee to immediately commence work and public sitting. And, to receive necessary memoranda and expert testimonies, which will guide them towards an expeditious resolution of this long lingering issue.

The Nigerian diaspora around the world is credited to have sent back almost $24 billion in remittances in 2018, contributing to the Nigerian economy in a robust and very dynamic way. They deserve immediate recognition and voting rights in their nation.

However, while the Committee Chairman may be worried about logistics which is the purview of INEC, his attention should be more focused on the fundamental constitutional conflict issue raised by the diaspora voting restriction. It violates the Constitutional Guarantee of Equality Clause. Section 77.2 of the 1999 Nigerian constitution provides that “Every citizen of Nigeria, who has attained the age of eighteen years residing in Nigeria at the time of the registration of voters for the purposes of election to a legislative house, shall be entitled to be registered as a voter for that election.” A literal and strict interpretation of this provision has the effect of barring citizens living abroad from registering to vote, even if they intend to return home to their localities to exercise their franchise during elections.

The exclusion of the diaspora from registering to vote is hinged only on the premise that they are not resident in Nigeria at the time of registration of voters. But the right to vote, following the universal adult suffrage should not be abridged based just on the geographical location of a citizen and should be made available on an equal basis to all citizens of voting age. Though a constitutional provision, this residency precondition to register and vote is prima facie discriminatory against the diaspora community and disenfranchises them from exercising their civic responsibility.

The idea of equality under the law dates back to the foundations of democracy. Equal justice under law remains an intrinsic part of our democracy today. Section 42 is universal in its protection of “all citizens of Nigeria of a particular community,” and this voting restriction subverts the principle of equality, which is at the heart of our constitution. It perpetrates an impermissible injury on the Nigerian diaspora community.

Moreover, since resident citizens are free to register and vote in their State of origin and not in the cities where they live and work, the constitutional restriction placed on the diaspora is not intended to ensure that only those who live within a particular ward province vote in that ward. The restriction is undemocratic, arbitrary and should be expunged expeditiously by the National Assembly. If not amended, the restriction is not likely to survive a legal challenge and will be stricken by the courts for infringing the fundamental rights equal protection clause. It is irreconcilable with the general guarantee of equality in the constitution.

In 2006, the Ghanaian parliament addressed and resolved a similar issue in their country with the enactment of Act 699 – Representation of the People (Amendment) Act 2006. That law specifically provides “That a person who is a citizen of Ghana resident outside the Republic is entitled to be registered as a voter if the person satisfies the requirements for registration prescribed by law other than those relating to residence in a polling division.” Clearly, the Ghanaian experience is similar in all respects to the problem before Senator Basiru and the Senate Committee on Diaspora.

All the other issues that Basiru raised in his press interview remain secondary and merely administrative logistics of voter registration and conduct of election which the constitution placed squarely in the exclusive domain and discretion of INEC. Section 78 of the 1999 constitution provides that “The registration of voters and the conduct of elections shall be subject to the direction and supervision of the Independent National Electoral Commission.” Based on the current law, INEC made no regulations for diaspora registration and voting abroad because residence in Nigeria is a precondition for registration. Once the constitutional restriction is taken care of, INEC has assured its willingness to make provisions for diaspora registration and voting.