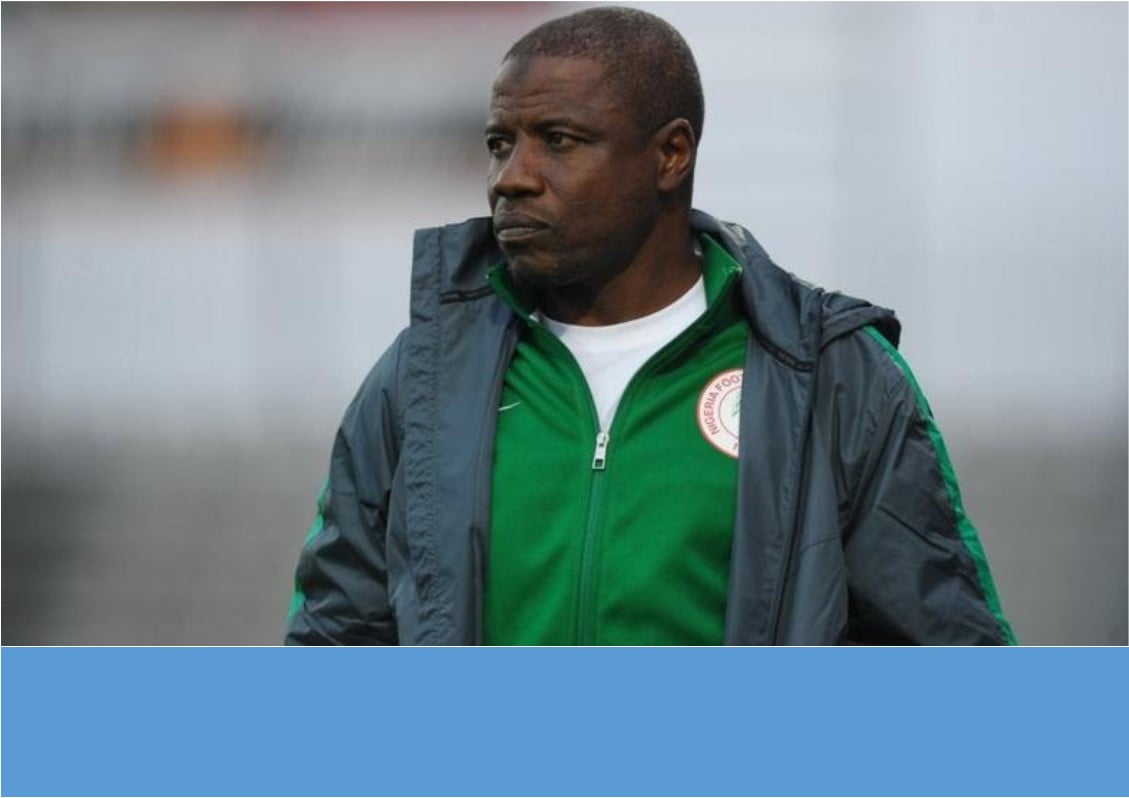 The Nigerian Football Federation has drafted the assistant coach of the national team, Salisu Yusuf, to Enugu to assist Enugu Rangers International FC overcome its technical challenges in both local and continental campaigns.

Rangers Management Corporation on Monday 25 November wrote to the Federation to ask for technical assistance to help the Flying Antelopes as an interim measure as the team gets set to be overhauled.

The Federation responded promptly the following day to approve the request and recommend Yusuf for the task, through its letter addressed to Rangers Management Corporation General Manager, Prince Davidson Owumi, and dated 26 November.

The NFF letter was signed for the General Secretary by NFF Technical Director,  Bitrus Bewarang.

“NFF wishes Rangers well as she begins her group stage of the CAF Confederation Cup Competition this Sunday with Pyramids of Egypt,” Bewarang wrote.

Coach Yusuf arrived Enugu today and was received by both the team manager and the commissioner for Youth and Sports at the Nnamdi Azikiwe International Stadium where he watched the boys at a practice session.

Addressing the players and officials at the  Nnamdi Azikiwe Stadium Enugu after watching the training session, Coach Salisu promised to work with everybody.

He said he feels at home already because he has worked with many of the players before now, both at the national team and in the club sides where he coached before the national job.

Coach Salisu Yusuf is a former Nigeria player and professional football manager. Born in Zaria, Kaduna State, he played for both junior and senior Nigeria teams as a midfielder for ABU FC, Ranchers Bees and El-Kanemi Warriors.

He began his coaching career with Nassarawa United before joining Lobi Star as assistant Coach where he helped to lift FA Cup in 2003.

Salisu also coached Dolphins, Kano Pillars and finally with Enyimba where he also lifted FA Cup in 2013 before joining the national team as Assistant coach. In national team, he worked under Sampson Siasia and Stephen Keshi before he was appointed officially as national team coach on 24 October, 2016.

On 12 September 2019 he returned to the Super Eagles after serving one year ban over bribery allegations by a Ghanaian investigative journalist.

Coach Salisu will be assisted by Coach Mbwas Mangut on the Rangers job. Mangut was before now the Chief Coach of Delta Force football club of Asaba.

Rangers General Manager Owumi and Commissioner for Youth and Sports, Vitus Okechi, recieved the Coaches on behalf of the Enugu State Government.