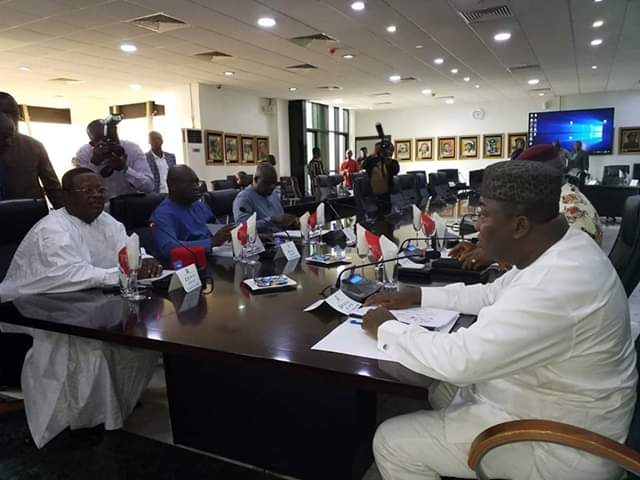 South East Governors meeting in Enugu a few hours ago expressed sadness at the “deplorable condition” of the Enugu Airport and pleaded with the federal authorities to rebuild it, in order to enhance the safety of air travellers.

They also commended the Enugu State Governor for taking prompt action to address the concerns of federal agencies on the airport.

Former Aviation Minister, Hadi Sirika, had in May 2019 threatened to downgrade the facility from an international to a local airport, citing the presence of a market, an abattoir, and an obstructive radio mast, as threats to air navigation at the airport.

In response, Governor Ifeanyi Ugwuanyi promptly closed the Orie Emene Market and abattoir, and released funds to dismantle the local radio station mast at Ngwo that was said to be constituting a danger to the flying aircraft.

However, the former minister, while responding to questions at the weekend from Senators screening him for another ministerial position, maintained that if he had an option, he would “close down the airport.”

authority of the former minister. Instead, you will continuously hear him saying he will “downgrade” or “close down” the airport,” said an analyst.

The Akanu Ibiam Airport serves the entire South East and it the only internationally designated airport for the zone.