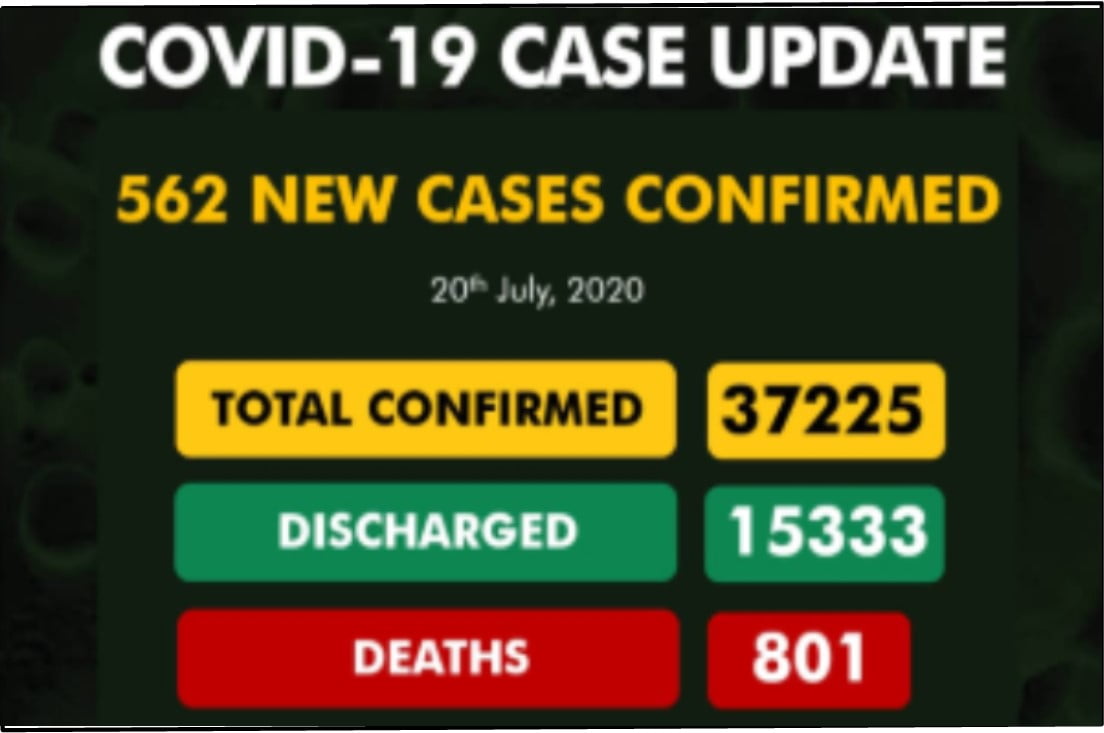 SE loses 4 to Covid19 last night as the number of deaths from the virus in Nigeria keeps climbing as the days go.

Nigeria last night recorded 526 new cases of Covid-19, with 87 of them confirmed from the South East, the Nigeria Centre for Diseases control (NCDC) announced on its twitter handle last night

Tbese figures bring the total numbr of cases so far recorded in the country to 37,225 cases out of which 15333 cases have been discharged while over 801 have died.

Figures released by NCDC on its website show that deaths have been recorded in 36 states and the Federal Capital Territory.

Only Taraba State says it has not recorded any death from the virus.

Except for Imo State, all other South East States yesterday recorded new cases ranging from 2 for Enugu to 47 for Abia State

Four persons succumbed to the virus attack, two each from Ebonyi and Anambra bringing the figures announced previously to 57 deaths in the region.