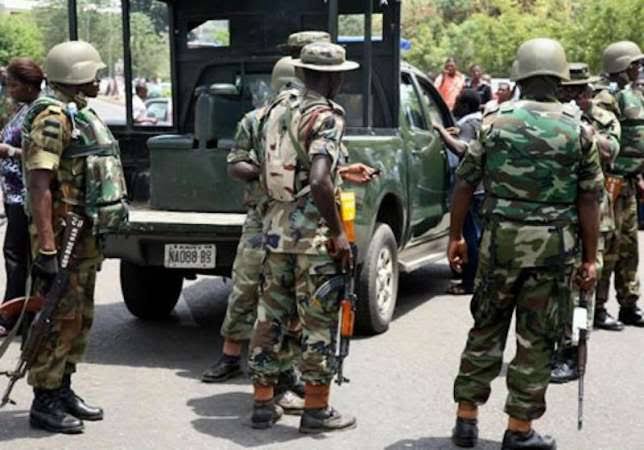 Stung by the killing of a military personel yesterday, soldiers regrouped to launch reprisals at Awomama, Imo State.

Witnesses said the soldier was killed by yet to be identified assailants at Ishieke junction, Awomama in Oru East LGA of Imo State.

The military attacked and burnt down a hotel. They also torched cars, houses and seven shops.

The incident represents the highlight of efforts made to finally lay the sit-at-home order to rest in the Southeast.

There were reported clashes as those who claimed to be enforcing the order accosted and molested motorists in Aba, Abia State.

Partial movement of persons were reported in other states, notably Anambra, Ebonyi and Enugu States.