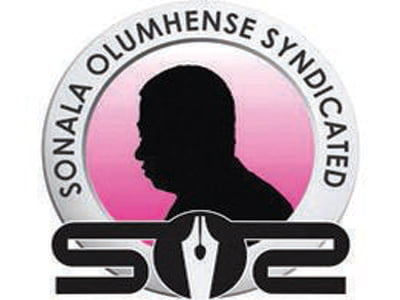 Culled from The Guardian

NIGERIA’s President Muhammadu Buhari began his mission of change in
earnest last week by appointing new chiefs for the security services. It was not the appointments in themselves that were significant, but this statement he made to them:


“All of you…were chosen on merit. Your records gave you the job. Save
for the new Chief of Army Staff whom I briefly met at his Command at
the Multi-National Joint Task Force, in Chad, I don’t know any of you.
Your records recommended you.”


In Nigeria, this is new. The normal practice has usually been to
appoint by party members, hangers-on, and the recommendations of the
First Lady and her friends. Sinners became saints. Worms became lions.
Offices decayed. Institutions collapsed.


Take Buhari’s predecessor, for instance. Mr. Goodluck Jonathan was
virtually appointed to the Vice-Presidency in the first place in 2007 by
the outgoing leader, Olusegun Obasanjo. When President Umaru Yar’Adua
died in 2010, Mr. Jonathan became President. Few people could have been
more ill-suited in temperament, motivation, ambition or confidence than
Jonathan was, and his five years in charge demonstrated that point.


When Buhari arrives in Washington DC today on his first official
visit to the United States, he will travel on a different firmament of
credibility and hope. The United States, which never hid its disdain for
the Jonathan kleptocracy masquerading as theatre, will be throwing at
his feet a giant red carpet as it tries to encourage genuine democratic
reforms and institutions.

Buhari should walk that carpet with pride, as long as Nigeria
remembers that the United States is no Santa Claus. For many years, the
US worked with the playbook, which said Nigeria would disintegrate in
2015. It hasn’t; which means that almost suddenly, Nigeria has regained
the status of a vast market that was thought to have been lost.


In other words, because the dog in the hunt hunts for the dog, this
visit is not only about what the US can do for Nigeria, but also what
Nigeria can do for the US. The US can be a strong ally in Nigeria’s
economic rebirth, just as a strong, vibrant Nigeria can be a major
factor in the battle against the advance of sophisticated terrorist
groups in Africa, and become an even bigger trading partner.


There are strong expectations in Nigeria that the US will come into
the battle against Boko Haram, but few people know that in all of
Africa, the US reluctantly has only 42 uniformed personnel in
peacekeeping missions. The corruption and incoherence of the Jonathan
government complicated matters in the past few years, leaving
ill-digested and abandoned policy initiatives all over the place, but to
obtain US engagement in the Boko Haram offensive is a significant
policy shift Buhari should aim for.


The US can also help Nigeria’s efforts to protect her territorial waters, and halt the menace of small arms and light weapons.


Of course, it can assist in the war against corruption, and Nigeria
should begin from Washington DC and its environs, particularly the State
of Maryland, where a lot of prominent former Nigerian officials,
including diplomats, have invested their loot in expensive and expansive
real estate.

Those properties are not difficult to recover, but Nigeria has never
demonstrated the will. In the case of Dipreye Alamieyeseigha, Mr.
Jonathan’s former boss and friend whom he would later grant state pardon
following his conviction on corruption charges, the US did invite
Nigeria to claim a $700,000 Maryland mansion and a Massachusetts
investment account worth about $400,000 that were recovered from the
former governor. Jonathan refused, true to his faith that stealing is
not corruption, and the US kept the items. This is a good time for
Nigeria to file a new claim, and to work with the US to recover similar
Nigerian loot that litter the length and breadth of the country.


It is also a good time to commence a review of Nigeria’s diplomatic
objectives in the US, which has for too long been nebulous at best, with
Nigerian diplomats spending far more time worshiping Abuja than
actually representing Nigeria in the country. Nigerian diplomacy in the
US can achieve so much more if it saw itself as serving Nigeria rather
than Aso Rock, and focused on channeling Nigeria’s considerable
resources of education and energy and investment into Nigeria.


In this connection, one of Buhari’s key objectives should be a strong
policy to encourage Nigerian professionals in specific sectors, such as
medicine and education, to boost Nigeria’s capacity. The US can help
with this, and it is a far cheaper, more productive, and more
sustainable response to the challenge in those sectors than the
so-called aid that repeatedly vanishes. As the security and electricity
situations improve, local tourism will also enjoy a major boost.


Speaking of tourism, the US is a big beneficiary of Nigerian medical
tourism; Nigeria gains nothing because our tourism policy is a hoax.
There is no time better than the present to rectify this imbalance.


Nigeria should also reach out to her excellent pool of
second-generation citizens that is being lost to the US because of the
last 50 years of terrible policies.


While in Washington DC, it is a good idea for Buhari to meet with
Nigerians in the country and hear their concerns directly. This is a
powerful citizens’ group, but it has no voting rights, an idea that was
roundly suppressed by the Jonathan government despite the many promises
of the president himself. Of equal importance, the Buhari government can
find substantial financing for infrastructure among the army of
Nigerians abroad if it comes up with an appropriate policy. This has
helped some other countries in the past.


While in Washington DC, Buhari must educate himself about the
assortment of seedy but exorbitant public relations consultancies
granted to layers of undefined Americans by the last administration that
his government is probably still paying for. In one widely-known case,
that consultancy company wrote one newspaper article for President
Jonathan; it had a basic contract of $1.2million!


While in Washington, Buhari should ask about the $480 million
forfeited Abacha funds about which Nigeria’s Socio-Economic Rights and
Accountability Project wrote to the U.S. Department of Justice last
March. Last year, a U.S. District Judge in the US capital had ordered
that the funds, which were frozen by the department, be forfeited to
U.S. control. That department had also frozen more than $458 million in
corruption proceeds hidden by Abacha and his conspirators in different
countries.


Buhari may also wish to be reminded that also last March, it was
announced that a further $380 million of the Abacha loot was to be
returned by Switzerland to Nigeria, meaning that the Swiss alone, by
that sum, would have returned over $1billion to Nigeria.


In June 2014, Liechtenstein returned $227m to Nigeria, following
which President Jonathan set up a committee of cabinet Ministers to
determine how it would be used.

Many of these answers, Buhari would be pleased to know, are right there
in Washington DC this week, and he can return to Abuja a very wealthy
and proud leader in many ways.