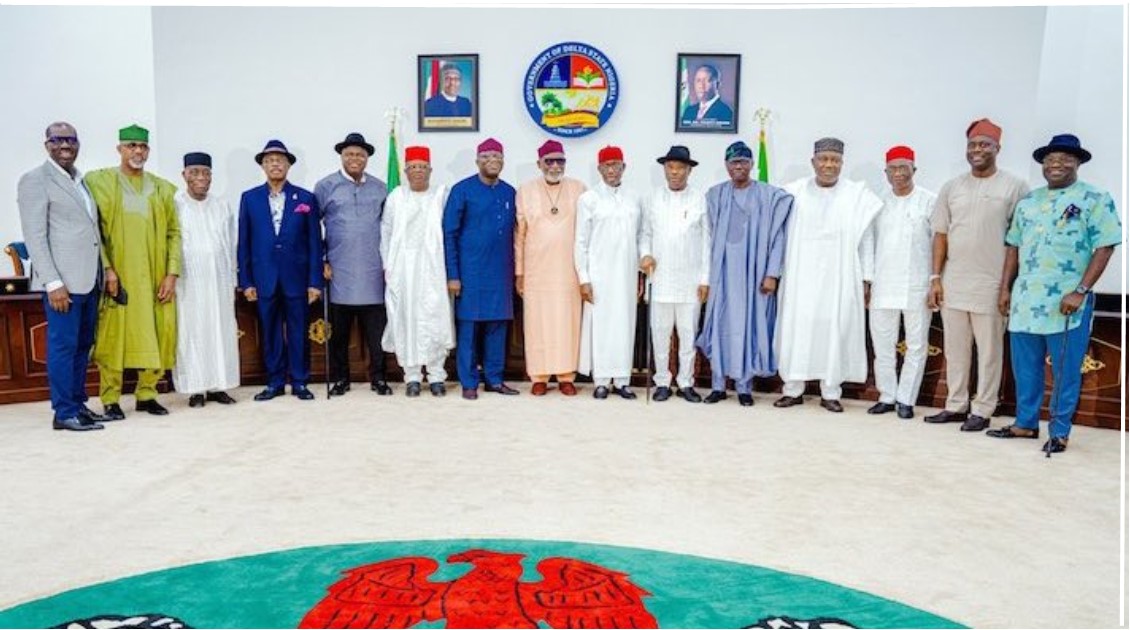 Nigeria Leaders from the South push back against Igbo-baiting by core northern leaders aimed at breaking their ongoing regional realignment.

The Southern Governors 11 May meeting at Asaba became a turning-point in their ongoing realignment of forces ahead of the 2023 general elections in Nigeria.

The Governors asked federal authorities to observe equity and justice in sharing national resources and in appointive positions. They also banned open grazing of cattle within their three regions – south-east, south-south, and south-west.

Observers decried subtle statements from core northern leaders which are capable of stoking resentment against the Igbos by their neighbors.

As he put it, Southern Governors’ ban on open grazing compares to their northern counterparts banning “spare parts sellers.” Auto parts retail business in Nigeria is dominated by Igbo traders from the South East region.

An indirect but swift defense of Igbos came from Ondo State Governor, Rotimi Akeredolu, who chairs the Southern Governors Forum.

The Governor wondered if an AG does not know the “distinction between a legitimate business that is not in any way injurious and a certain predilection for anarchy.

“Clinging to an anachronistic model of animal husbandry, which is evidently injurious to harmonious relationship between the herders and the farmers as well as the local populace, is wicked and arrogant.

“Comparing this anachronism, which has led to loss of lives, farmlands and property, and engendered untold hardship on the host communities, with buying and selling of auto parts is not only strange. It, annoyingly, betrays a terrible mindset.”

A police angle to Igbo-baitig

Enugu Metro had reported another robust pushback at the attempt by the Police to put Yorubas and Igbos at loggerheads.

This followed a shocking claim by Lagos Police Commissioner, Odumosu, that IPOB youths were planning to attack Lagos.

Ten Yoruba-affiliated groups dismissed the Commissioner’s statement as another unfortunate bait to ignite ethnic discord between Igbos and Yorubas.

These pushbacks give traction to effort by southern leaders to address their common political challenges ahead of the 2023 elections.

Among the challenges are armed and rampaging cattle herdsmen, highway bandits and violent assaults on federal establishments and security personnel.

Nigeria Leaders from the South push back against Igbo-baiting by core northern leaders aimed at breaking their ongoing regional realignment.