The Making of Igbo President 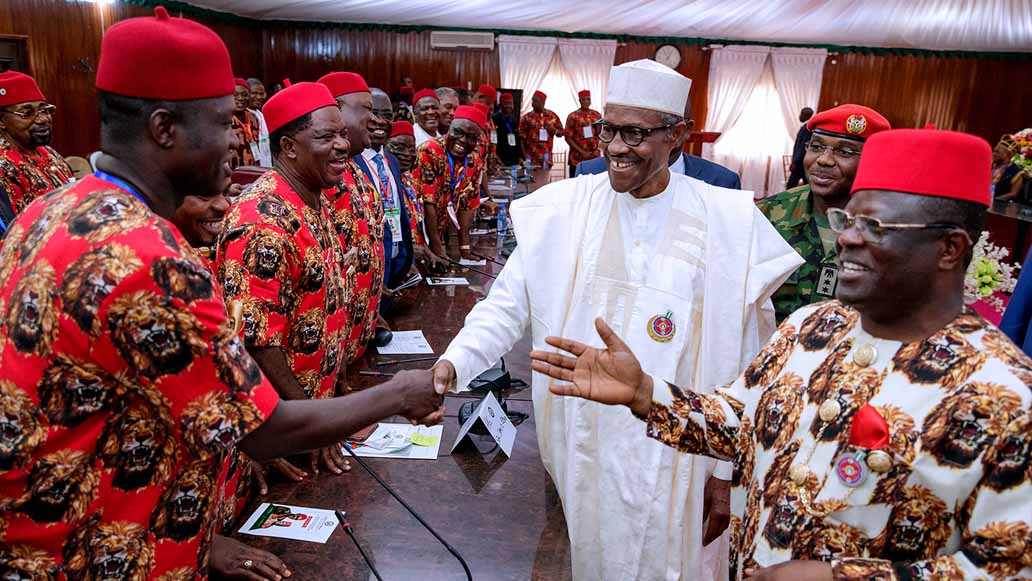 New York Attorney, Nnabuenyi Chuma Uwechia exhorts qualified Igbo personalities to make the effort to secure nomination as presidential candidates for both APC and PDP – as this is the only scenario that will ensure that, heads or tails, a Nigerian President of Igbo extraction will emerge the next president from the 2023 election.

VISIT OUR OTHER PLATFORMS

On a beautiful fall evening last week, with foliage sparking into wild colors of amber and golden in the low slanting sun-rays, I sauntered into a Nigerian party in Long Island, New York and right into an explosive debate about the turn of Ndigbo to produce the next president of Nigeria.

I quietly joined the audience and made myself comfortable.

According to the discourse, the gravamen of Ndigbo complaint is that they have been marginalized and shortchanged out of producing the country’s president because of their role in the Biafra – Nigeria civil war. As one of the three dominant tribes in Nigeria, Ndigbo believe that it is now their turn to produce the next president after Muhammadu Buhari. They contend that the position of president has unfairly rotated between the South West and the North. The South-South, which is one of the minority tribes in the country had also ascended the country’s executive position.

Now, is the time for Ndigbo to lay the groundwork of their run for the nation’s president with tested, trusted and nationally visible candidates. The right candidates need not be career politicians

The consequent feeling of repression and deprivation fuels the current Igbo nationalistic drive. It’s also at the root of the political call to zone the position of president to Ndigbo in other to complete their integration into Nigeria post-civil war.

But those opposing the idea contend that Nigeria is a democratic country with no constitutional provision for zoning of elective offices. They reason that zoning technically deprives the country the opportunity of getting the very best candidate at the expense of assuaging tribal sentiments. Politics and elective offices they contend are a game of numbers.

However, negating that argument is the fact that the country practices federal character at the federal level in all other areas where Ndigbo excel, in order to provide a level playing field to the so called disadvantaged tribes and zones. Federal character places less qualified citizens ahead of more qualified Ndigbo for employment opportunities, job promotions, university admissions and other national benefits. Merit, they assert, is not recognized in Nigeria’s political discourse while zoning aligns with federal character. Zoning will ensure that all the geo-political zones will get a stake and sense of belonging in the country and help build national solidarity/cohesion that is presently lacking for a strong indivisible nation. And, if the yardstick is to get the very best, then Igbos are more than eminently qualified.

Whether you are for zoning or against it, one thing is clear: there is no national solidarity and cohesion – and that void has far reaching consequences. It is the biggest factor holding back the country from genuine nation building and economic harmony. It is the engine driving the current political extremism.

Unexpectedly, a third voice of northern extract observed that aspirations and yearnings alone will not deliver the presidency to Ndigbo. The federal government also has no such obligation. There has to be positive political planning and manifestations by Ndigbo at the political party level. Presently, no Igbo person has declared interest to contest for nomination as the presidential candidate for either PDP or APC, the two dominant political parties. Without the requisite declaration of intent from viable Igbo candidates to create the right enabling environment, the call for zoning will appear misplaced.

Inertia is not an option. It will take action not words to get the position of president. Ndigbo have to appreciate that nobody gives you power. Power is taken. The process of the taking is empowerment in itself – Gloria Steinem.

The next presidential election will take place in 2023. Presently, in APC, there are rumblings that suggest that Bola Tinubu and Nasiru el Ruf’ai may be cranking up their political machinery and quietly energizing their base in readiness for contest of their party’s nomination. But, there is no rumor of any Igbo candidate stirring up for action in any of the existing party platforms.

PDP still appears to be in post-election coma with no discernible move by any person to contest for nomination. The forecast is that Atiku will remain their presidential candidate. Other political parties have the challenge of national spread and resources to surmount in order to become viable contenders in the presidential race.

Nigeria is not a one-party state. Therefore for zoning to work, Ndigbo must secure nomination as presidential candidates for both APC and PDP. This is the only scenario that will ensure that, heads or tails, a Nigerian President of Igbo extraction will emerge the next president from the 2023 election. To actualize the goal, Ndigbo must fall back to the route already paved by the old Igbo political vanguard – forging political and ethnic alliances.

Whether you are for zoning or against it, one thing is clear: there is no national solidarity and cohesion – and that void has far reaching consequences. It is the biggest factor holding back the country from genuine nation building and economic harmony. It is the engine driving the current political extremism.

Late Dr. Nnamdi Azikwe led the National Council of Nigeria and Cameroons (NCNC) into alliance with the Northern Peoples Congress (NPC) to safeguard the interest of Ndigbo and escape any institutional marginalization. He subsequently led Nigeria Peoples Party (NPP) into alliance with the National Party of Nigeria (NPN) in which Ekwueme was the nation’s vice president, and Igbos were rewarded with positions beyond the minimum stipulated by the Constitution.

The importance of fully participating in the national political processes and getting active in all the registered political parties to avoid being consigned to the opposition corner cannot be overemphasized. There should be no specific designated party for Ndigbo and no vilification of any person for joining the political party of their choice. The permanent goal should be the interest of Ndigbo first and foremost. In politics, there are no permanent friends and enemies, only permanent interest. Late Dr. Chuba Okadigbo was Muhammed Buhari’s running mate in the All Nigeria Peoples Party in the 2003 presidential elections. Who knows what would have been if he were still alive?

According to an old Igbo adage, it takes a shrewd person to catch a cock. Have the Igbos run out of that shrewd streak? Now, is the time for Ndigbo to lay the groundwork of their run for the nation’s president with tested, trusted and nationally visible candidates. The right candidates need not be career politicians. Donald Trump was not. There are reputable and well established Igbo captains of industry as well as in the professions that can be drafted to fit the bill.