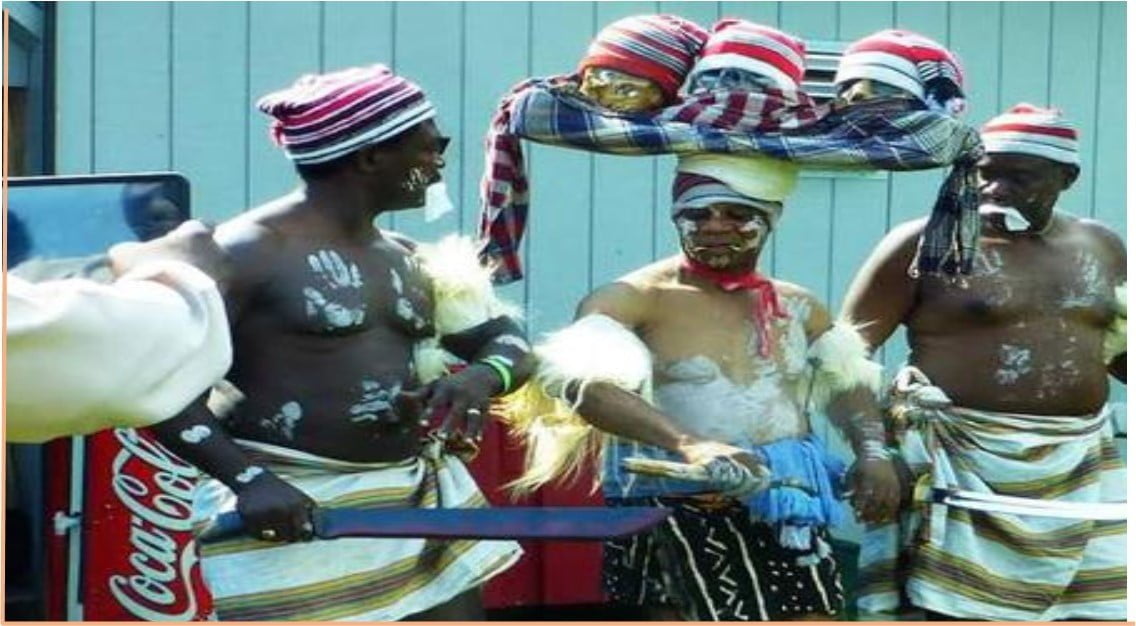 A proud descendant of a warrior tribe explains the mysteries of the Ohafia Warrior Dance, aka ikpirikpi ogu after dancing with the stars.

Iheanyi Igboko works as the Executive Director at the Centre For Memories.

I have such a huge admiration for warriors.

This is not out of place for someone who comes from a lineage of warriors – my great grandfather, Igboko Okoro, was one. My late father Mazi Stephen Ikejihovah would always hail himself as the son of Abaogu.

Growing up in Enugu, I was fascinated with the 1996 movie directed by Bolaji Dawodu – The battle of Musanga. This film represents an authentic history of an African society before the advent of the whiteman and what happened to that society when the first whiteman ventured into the hinterland – area East of the Niger Delta, in 1863. This area was the Musanga Kingdom.

This earned me the sobriquet: “Musanga the warrior.”

Yesterday, I finally got the chance to dance with the Ikpirikpi ogu.

The Ohafia War Dance (Igbo : ikpirikpi ogu ) is a popular war dance with roots from Ohafia, performed by a group of muscular men in commemoration of their strength in fighting and winning wars in the past.

According to oral history , the ancestors of Ohafia were renowned to be mighty men of war who were always on the lookout for wars to take part in.

The Ohafia warrior tradition which remains one of the fundamental identity of the people of Ohafia is hinged in the performance of ikpirikpi ogu – the practice of beheading a fallen enemy. A human skull is a proof of a man’s courage and strength. Only those who brought home a human head could join the Ogbu-Isi society and wear an eagle’s plume which is a symbol of courage.

The Ohafia War Dance which is also performed to celebrate an individual’s achievement is headed by a lead dancer carrying a basket full of human skulls (Igbo: oyaya) while holding a short cutlass and a small palm shoot in his mouth, while his fellow dancers dressed like fierce warriors mime the cutting off of human head while dancing to the music from the akwatankwa musical instrument thus portraying Ohafia as a land of brave warriors.

What else do you know about the Ohafia people?

The Ohafia Warrior Dance its mysteries and the allure