The President as a Minister 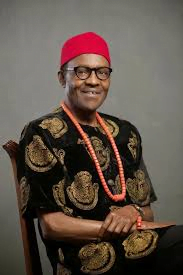 The ambiguity in having a president
directly supervise an MDA played out again yesterday 24 October 2015 in
the National Assembly as Senators sought to summon President Muhammadu
Buhari to explain the current fuel scarcity in the country.

A
motion on the floor by Enyinnaya Abaribe (PDP, Abia) to invite the
President to explain why the country can no longer provide fuel for its
citizens was however crushed through a voice vote, in a rowdy session
presided over by Senate President Bukola Saraki.


The motion, enthusiastically supported by Peoples Democratic (PDP)
senators was subdued by the majority All Progressive Congress (APC)
senators who told their PDP colleagues that President Buhari, as
Commander in Chief, cannot be summoned at will by the Senate.

The
PDP senators however insisted that since the President is the
substantive Minister of Petroleum and the Senate are constitutionally
empowered to invite Ministers, the President should be summoned.

Abaribe’s motion was brought in during consideration of another motion
tagged “The current fuel scarcity all around the country and the need to
urgently resolve the crisis” whic asked whether h was sponsored by
Jibrin Barau (APC, Kano) and 23 others.

The propriety of having a
president that directly presides over the affairs of an MDA first
played out during Senate’s confirmation of the current ministers when
questions were raised on whether the President as minister would also be
screened by the lawmakers.