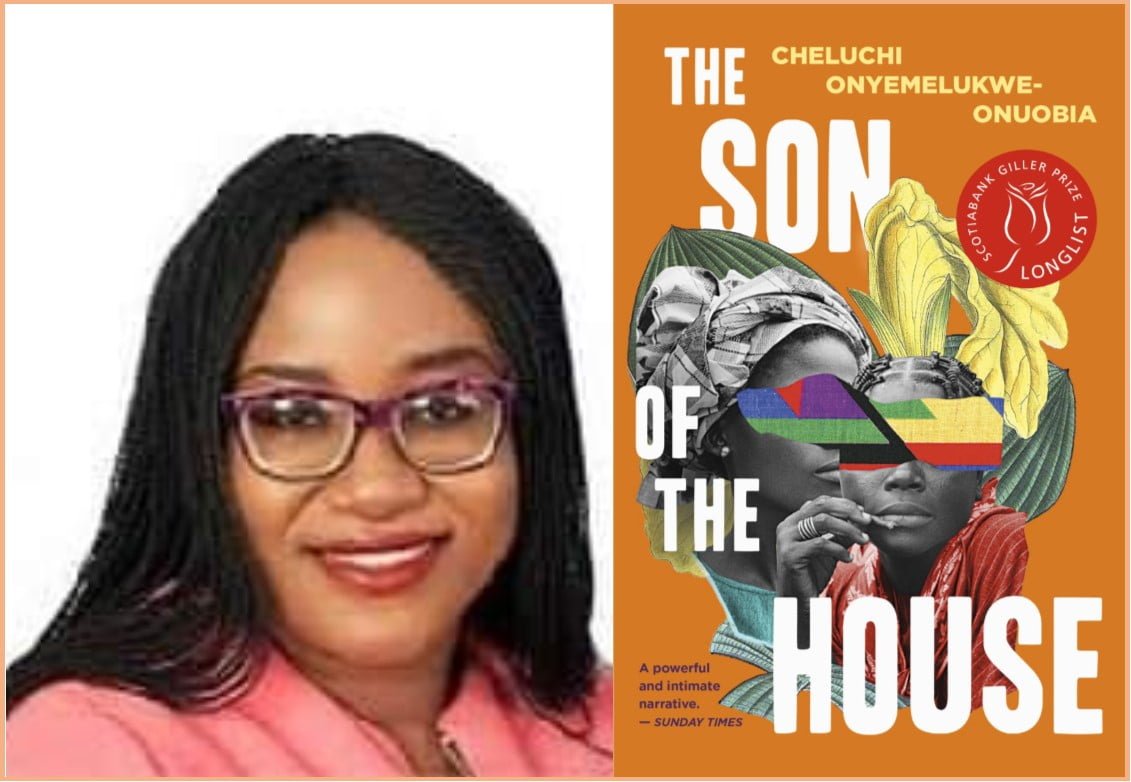 Chido Nwakanma in a positive review of The Son of the House highlights its unending appeal and calls for a sequel. The Book won the 2020 NLNG Literature Prize.

At the end of this novel, the cliffhanger of many interesting turns elicited from me a desire for more. It is just as well that The Son Of The House is so riveting and dramatic that it will make the screen. Fittingly so, our Nollywood loves sequels, and films come as Part One to Three.

The sort of sequel for this book would be a first-person narrative about the son. Afam Obiechina was the backdrop in this enthralling novel that I consider Part One. I fantasise we should subsequently hear Afam’s account of his growing up and his life up to this point. It would be akin to the story of Obi Okonkwo in No Longer At Ease, a self-contained sequel to the eponymous Things Fall Apart by Chinua Achebe.

I go ahead of myself, though, as Cheluchi Onyemelukwe-Onuobia triggers the imagination. Her book raises many questions.

The principal one for the interested reader is what is it about this work that has gripped the world and made it a first-class offering like its writer earned in school?

The short answer is that The Son of the House offers a deft exploration of sensitive universal issues that tug at the hearts of citizens and societies. They include the innocence of teen romance versus betrayal, class distinctions, childlessness and loss of a child.

The longer is the pre-eminence of the male child in specific socio-cultural settings such as South-East Nigeria, the stage for the book, and the place of women in a patriarchal society.

The blurb of this version offers a good summary, with slight editing.
“Julie and Nwabulu, two abducted women, decide to tell each other their stories to ‘pass the time’ while awaiting their loved ones to ransom them. Both women find in telling their stories that their lives intersect at significant junctions. Nwabulu, the one-time housemaid and now a successful fashion designer, finds that Julie has answers to the one ache she has carried in her heart since her late teens. Julie, a septuagenarian who has lived a life of subterfuges, each one bigger than the last, finds that she must now confront her biggest lies”. The Son of the House runs on two tracks of the stories of these women. The writer takes the reader through a wide range of human emotions.

The Son of the House is set in Enugu and covers 1972 to 2011. The author captures with high fidelity the physical and social setting of the city on the hill and the former capital of Eastern Nigeria. Her account shows sensitivity to details.

One of the appeals of The Son of the House is how it treats sociological issues around cultural practices and beliefs without liberal condescension, heckling or sermonising. The author describes and allows the reader the latitude to draw her inferences and judgements.

It brings to bear current realities such as kidnapping, youth unemployment, and politicians’ character. There are also the place and role of women in a patriarchal society. Julie schemed her way into the kidnap and pushed for the disclosures that caused her stroke. Unravelling what happened thereafter is where Afam’s story begins. Julie should be alive to connect the dots.

Cheluchi Onyemelukwe-Onuobia reminds me of the griots of old who weave compelling narratives that taught lessons and values. The authorial voice in this book is subtle. The language is polished, English yet very familiar and Nigerian.

The Son of The House deserves all the accolades for the writer. Awards and recognitions include the 2020 SprinNG Women Authors Prize, the 2019 Sharjah International Book Fair prize, Winner of the $100000 2021 Nigeria Prize for Literature. CBC Radio Canada listed it in the 35 Canadian books to check out in summer 2021. Channels Television Nigeria named it in The Top Nigerian Books of 2019. It earned a shortlist for the 2021 Giller Prize.

The Son of the House kept me company from 30 November through 5 December in Freetown, Sierra Leone, during the stress caused by an airline cancelling the Freetown-Lagos flight with neither reason nor compensation.

Grab a copy to read. I highly recommend it.