The Trouble With Nuhu Ribadu 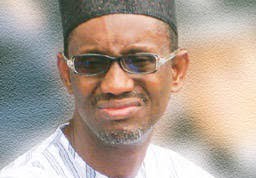 Here’s the trouble with Nuhu Ribadu, erstwhile EFCC boss, no matter from which angle one chooses to look at the matter.

However you consider the matter, one must feel for Nuhu Ribadu, erstwhile boss of the anti-corruption agency, the Economic and Financial Crimes Commission (EFCC). But has anyone stopped to wonder that this committed, patriotic officer may have been the architect of his current misfortune?

Ribadu faced six major hurdles that he failed to clear, which, in my view, cost him his primary job with the Nigeria Police. He forgot that his was a political slot that lasts for between four and eight years – and no more. He did not appreciate the limits of enforcement powers given to the Commission. He did not do his homework with the Nigerian bench; he thrust himself onto the public stage as the man fighting corruption; he trusted in his ability as an effective spokesman, and; he may not have acted on well-meaning advice.

We proceed to examine each of these. But, please note that what you are about to read has nothing to do with how effective or ineffective Malam Nuhu Ribadu has been in the discharge of his anti-corruption mandate at the EFCC. It is also not an attempt to diminish the fight against corruption – a very worthy war that must be successfully waged and won. They rather concern Ribadu’s personal failings, which impacted negatively on his attempt to return to the Police at the rank awarded him on the eve of OBJ’s departure from power.

First, the Chairmanship of EFCC is reserved for serving or retired security officer not below the rank of Assistant Commissioner of Police. At the time he was appointed in 2003, Ribadu was below this rank, and had to be elevated to comply with the law. By 2007 when he was reappointed for his second and final tenure, some of Ribadu’s peers had reached the same rank of Assistant Commissioner, but he was, once again, leapfrogged three whopping steps to Asst. Inspector General. Born in 1960, Ribadu would have been 51 in 2011 when his second and final tenure was supposed to end. Which means that he would still have nine whole years to spend with the Police if he chose to return.

He probably planned to retire in 2011 and not return to the Police – and this would explain why he did not factor in how his rapid promotions would play if he returned to the Police, a conservative, disciplined body.

Second Point: The law setting up the EFCC worked against Ribadu, by giving the EFCC Chairman both executive and accounting authority. Anyone appointed Chairman could run the Agency as a personal property. Ribadu did not understand that doing so would work to the advantage of the wily Army General-turned politician who was his boss. Ex-President Obasanjo stayed in the background and passed dirty political jobs for Ribadu to execute and Ribadu trotted the stage, making a show of letting people believe that it was not the hand of Esau at work in a few political persecution cases.

Third Point: This has to do with legal processes that must begin with accusation and investigation, and end with prosecution. Ribadu did not want to accept that the process ended with prosecution, whether successful or not. Under Ribadu’s EFCC, corruption prosecutions became more of a political than a legal process. We witnessed the spectacle of boastful threats, gangster-like arrests, and verbal assaults on judges from a security boss who was trained on how to adopt a cool, calm, calculated, and less noisy approach to investigations and prosecutions.

Fourth Point: It was tragic watching his performance with the Nigerian Bench. In every situation where an agency of government takes the trouble to sensitize the Nigerian Bench, the results have always been heartwarming. Judges are appointed from the pool of Nigerian lawyers with at least 10 years of legal practice. They are not experts on anything other than law, and they require specialist training in any area where their input is required in our attempt to construct a Nigeria of our dreams. Nuhu Ribadu apparently did not properly do his homework with the Nigerian bench, and the result was evident. He made a habit of predetermining accused persons guilty and became frustrated with judges who thought otherwise. Many judges that approached the EFCC cases in ways that Ribadu did not like were placed under suspicion. More tragically, he went about selecting “EFCC” justices from Kaduna, Abuja, and Lagos, and added to his burden a spate of legal summersaults, as defence counsels easily slowed down prosecutions by contesting jurisdiction at every turn. The result was a disproportionate ratio between arrests and concluded prosecutions. It was an administrative disaster.

Fifth Point: Ribadu did not understand that the war against corruption is a war that should be fought by the highest levels of government. The anti-corruption policy is made by a head of state, whether he is elected or shot himself to power. The tempo of this war, as well as updates about the war is best left for the politicians, thus making it easy for the people to gauge when the political will has waned.

Nuhu Ribadu thrust himself onto the public arena as the man fighting corruption, rather than leave the job to the owner of this war – ex-President Olusegun Obasanjo. Even when he recognized that there was an element of hypocrisy surrounding the war, Ribadu could not bring himself to admit this to the public, because it was Ribadu’s war – although it was not. The best way to understand this is to look at the Buhari-Idigbon regime and what it did on the anti-corruption front. Buhari did not need to create a special agency to fight the war (although there was an enforcement decree). He used existing judicial, police and SSS structures, complemented by the army, and was as successful, if not more successful, that Ribadu’s EFCC. The person who was not doing the arrests but was recognized as the force behind the war was Tunde Idiagbon, Buhari’s chief of staff, who was political head of government at the time.
Ribadu could have made better progress if he discharged his responsibilities in investigations and prosecutions, and left Obasanjo’s spokesmen to let us know how the government’s war was faring. Today, the owner of the war is relaxed at Otta while Ribadu is on the hot seat, paying the price for not being circumspect.

Not to put too fine a point to it, if Ribadu wanted to effectively play the role that he assumed, he should have first contested and won a presidential election, from where, like Buhari, he would have been able to do what he wanted, and professionally lived to tell the tale. If the man who appoints you pays lip service to anti-corruption and you decide to go out on a limb, you end up in the cold as well.

Sixth Point: I watched a few public speeches of Ribadu, on television and live on stage. Each time I witnessed it, I got irritated and asked myself why the man does not articulate his thoughts very well. He passes by with a lot of bluster and what looks like Marxist rhetoric. He, however, manages to pass across his one and only message: people of Nigeria, you are all corrupt but watch out, for I am coming after you! You can count the number of public speeches that Ribadu did not make extempore. In other words, he did not trust that he could communicate better by disciplining himself to deep reflections of the written speech. It was almost as if his EFCC position got into his head, to the extent that he trusted himself as his own spokesman, and thought he could successfully manage his reputation by using his position as boss of an intimidating agency.

Late in the day when he faced his personal crisis, and needed to bring that personal touch which he thought he had to his defence, he realized what should have been apparent to him from the beginning: he needed people to sit down and work out a personal reputation management strategy that could have served him over time. But by that time, he had already done the harm to himself. I believe that if Ribadu had any idea that he would not return to the Police as the Inspector-General, he would have been more circumspect and less prone to react with contempt and arrogance to almost everyone but President Olusegun Obasanjo.

Seventh and Final Point: I find it hard to believe that Nuhu Ribadu may not have sought the advice and counsel of active and retired superior police and security officers when he was given the EFCC position. What is more likely is that he may have decided to ignore their advice. In his current travails, the public testimonies of a few retired police officers indicate that Ribadu may have paid deaf ears to early advice on how to handle his EFCC job, as well as to more recent advice on how to deal with the administrative problem bordering on what to do about the super rank that he was awarded by General Obasanjo, on the eve of his departure as President.

Unfortunately, it would appear that the former EFCC boss was more inclined to follow the advice of the opportunists – who are always close at hand to profit from the never-ending Nigerian political controversies.

The Trouble With Nuhu Ribadu

Osinachi and her Igbo marriage

8 thoughts on “The Trouble With Nuhu Ribadu”