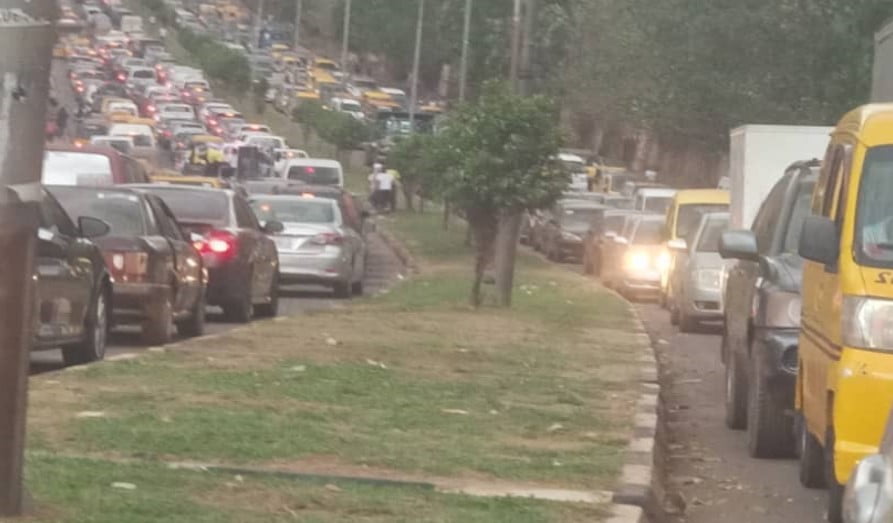 Governor Ifeanyi Ugwuanyi this week put up concrete barricades on major roads around Govt House Enugu, in a bid to ward off potential gunmen attack.

The barricades, placed in strategic artery roads around Lion Building, have however come at great and unbearable costs to citizens who live near or use the roads.

Enugu Metro learnt that South East Governors who met at Owerri on 11 April 2021 for a security summit went home and began fortifying their offices and residences.

The Enugu concrete barricades shut down a major approach road to the city as well as link roads created to ease traffic flow.

Enugu city commuters have expressed bitter disappointment at the development as this has denied them smooth rides along well paved roads in the upscale Independence Layout District.

Several citizens have taken to the social media to condemn the traffic disruptions caused by the concrete barricades.

One of them, a top cleric in Enugu poured out his frustrations with the South East Governors on Facebook where he said the following:

“With the rising spate of insecurity in the region, all they could think of is to run into their various state houses with their tails between their legs like cowards and block important roads to protect themselves, making life difficult for the people they are supposed to be their chief security officers.”

Another commuter interviewed by Enugu Metro at Nza Street used a traditional story telling approach to express his disappointment thusly:

“Once upon a time in a nearby community, there were rumors of attacks on households in a clan of five autonomous communities. The traditional ruler of one of the communities got worried and decided to take measures to secure and fortify his domain. After a meeting with other clan heads, he returned to tell the citizens that he has teamed up with his peers to stop the marauders, that they have created an organisation that will use the aura of the lion to deal with the security issue.

“Worried community members anxiously waited to see and feel enhanced security. Alas, they woke up one morning to see the Ruler has barricaded and secured only his Palace. His subjects were literally locked out to face the onslaught of whatever attacks may be imminent. We are looking on in shock as we view our ruler become so fearful and so selfish at the same time. But what can we do?” he concluded.

It’s for security of the Governor, officials say

An official who spoke on condition of anonymity, as he was not authorized to discuss it, justified the action on security grounds.

“We were advised that Government Houses in the South East could become the next targets of bandit attacks, the type going on at police stations.

“We had to carry out preemptive action to secure our Government House from easy access and attack by the criminals,” the official said.