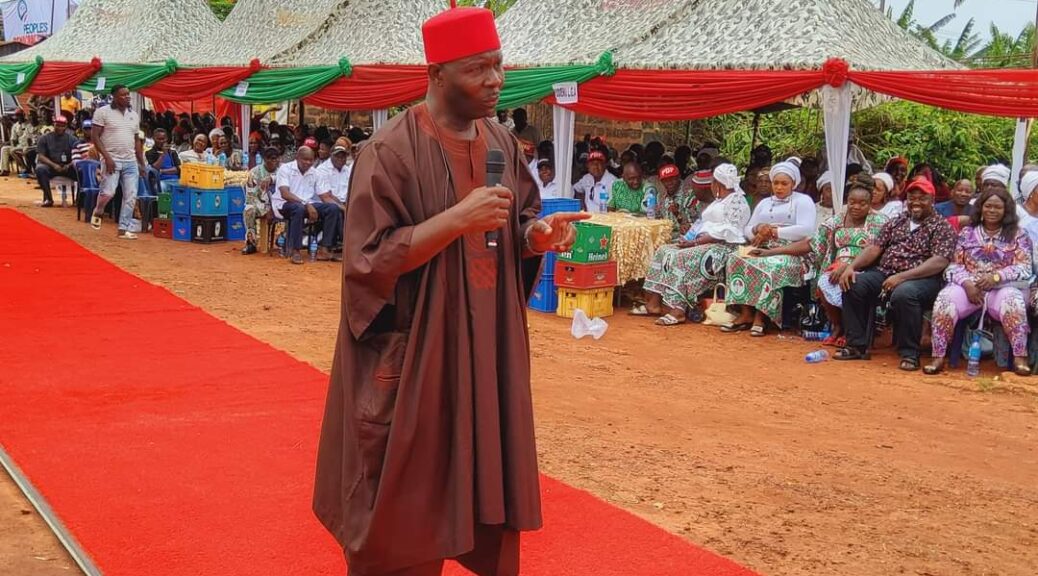 His ambition to truncate the zoning arrangement was given a seal of approval by political stakeholders at a meeting in Nsukka yesterday.

Incumbent Senator, Chukwuka Utazi, announced at the meeting that he is withdrawing from the race to yield to the Governor.

The Governor’s bid however complicates the zoning argument which his supporters hitherto used against Sen Ike Ekweremadu.

Proponents of zoning have stoutly defended the position that the governorship slot for 2023 should go to Enugu East District. Ekweremadu is from Enugu West.

They deployed logic and abuse to accuse Ekweremadu of not following an accidental rotation of governorship positions among Enugu’s three Districts.

This rotation saw candidates from East, West and North districts elected as governor in succession.

Although Ugwuanyi is taciturn on the issue, his aides say he favours tapping a successor from Isi-Uzo, a constituent LGA in Enugu East.

A similar scenario plays out in the Northern District where he breached existing rotation arrangement.

A stakeholder at the meeting told Enugu Metro that Governor Ugwuanyi automatically loses the moral right to challenge Ekweremadu’s bid.

“It’s not the turn of Igbo Eze North/Udenu to produce a Senator, but he has used his power to grab it.

“Tell me what moral right he has to challenge any other person who wants to contest the governorship of Enugu State?

“He has just proved that the entire zoning outcry against Ekweremadu is nonsense because he does not believe in it.”

The Senator who enjoyed the turn Igbo-Etiti and Uzo-Uwani Federal Constituency said he supports Ugwuanyi to succeed him.

Senator Utazi formally announced his withdrawal “to pave way for the smooth and peaceful emergence of Governor Ifeanyi Ugwuanyi.”

Thus, the decision gives “maximum support” to Gov. Ugwuanyi, whom he described as “our leader and brother.”

Similarly, he also said the decision will “promote existing peace in Enugu North… and Enugu State.”

“We will follow our brother and leader; we are going to be behind you; and pray that God will guide to take these decisions”.

“We are here to give you reassurance that it is ordained by God that you do the things you are supposed to do.

“We are here to also reassure that you have our backing.

“Our case is not just political. The followership and backing are also spiritual. And you have our spiritual backing too.

“We are going to continue this support at the voting level during the general elections”, Senator Utazi said.

However, disappointed stakeholders told Enugu Metro that the concession from Utazi is meaningless as he has served out his term.

“He finishes his two terms in May 2023 and is expected to yield the position to Nsukka/Igbo-Eze South.

“He is conniving with the Governor to usurp the position meant for Nsukka/Igbo-Eze South,” he said.

Deprived stakeholders in Enugu North have quietly pressed their opposition to the Governor’s plan to grab the slot.