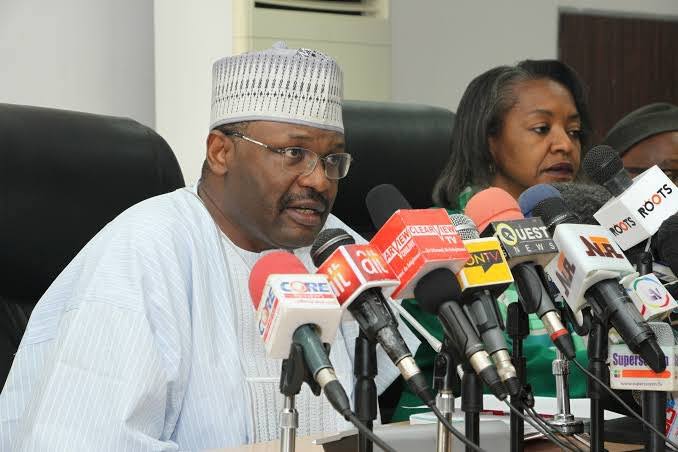 Unnerved Anambra voters, nursing a sense of foreboding and an eerie feeling of déjà vu, fearfully tiptoe out to their local polling units this morning to elect a new state chief executive.

Fearful but determined party agents have already made brisk entries to Ward polling booths, bracing for the quarrels bound to arise as they scramble for ballots in search of victory for their candidates.

This election could have been a celebration of excellence and records broken. Enthusiastic voters snapped up a record 2.5million PVCs for use this morning. And they will be choosing from a wide field of 18 mostly competent contenders for the crown, including a couple of first class performers.

The field may be wide but most analysts believe that the votes will narrow down to a dead heat among the trio of Andy Ubah (APC), Charles Chukwuma Soludo (APGA) and Valentine Ozigbo (PDP). Unfortunately, the celebration of this excellence was shortlived.

There is palpable fear among voters that the process could easily be disrupted by two strong forces. The mixed messages from IPOB remain a vote disrupting gambit. Also, the ever-present voter intimidation tactic from unknown gunmen continued to threaten voter participation for months.

As Anambra votes today, the election had already taken a terrible toll on life and property with army and police heroically battling unknown gunmen that unleashed a reign of terror in the state.

Dozens of innocent professionals, traditional rulers, youths and security personnel were brutally murdered by the faceless group in the runup to the election.

On its own, the Indigenous People of Biafra (IPOB) mounted spirited efforts to suppress voter registration and discourage election turnout. IPOB finally imposed a 5-day sit-at-home order that could have begun yesterday, to ensure that voting did not take place. However, it made a volte-face barely 24 hours ago, asking people to step out and vote.

This IPOB turnaround nevertheless failed to deter fifth columnists and IPOB enablers in the social media. Those feverishly shared other content designed to frighten people from stepping out of their homes to vote today.

It remains to be seen whether unnerved Anambra voters will brace up and defy these rogue elements spreading disinformation.

Those who choose to vote today will count on the unleashed 34,587 battle-ready policemen in the State to enforce peace.

They will also see thousands of soldiers already on the ground in Anambra. The troops were mobilised from Sector 5 of 302 artillery Regiment and the 14 Field Engineer Regiment at Igbariam. They have been battling unknown gunmen and rogue elements from an amorphous militia called Biafra National Guard.

The joint security operations they lead, codenamed Operation Golden Dawn, has dovetailed into election duties this morning, coordinated from the Army’s 82 Division in Enugu.

Other concerns of unnerved voters

Some voters also nurse the fear that Anambra could witness another fantastic ballot harvest, the kind that pushed an upstart to win an election that took a Supreme Court judgement to strike down.

The candidate who pulled the stunt, Chief Andy Uba, is also on the ballot, representing a powerful constituency – the ruling All Progressives Congress (APC) in Abuja.

Uba is regarded as a formidable frontrunner based on federal security and logistics arsenal that he could easily mobilize and deploy.

Filing out against the powerful Ubah and no less a pushover is a mercurial professor clinging tightly to the coattails of the local incumbent.

Prof. Charles Chukwuma Soludo, the cerebral development economist and erstwhile Central Bank Governor, has finally come into his own as a candidate.

But he is far from being on his own; he hopes that Gov. Willie Obiano will be able to wave a similar magic wand that saved his re-election battle in 2017. The Governor set something of a record when he held down majority votes in every single local government balloting. Prof. Soludo, his protégé, is hoping to benefit from APGA’s deadly grassroots game, perfected and steadfastly improved since the days of former Governor Peter Obi.

Gov. Obi has however turned coat and is now propping up Chief Valentine Chineto Ozigbo, the candidate of the Peoples Democratic Party (PDP).

Ozigbo’s primary triumph was received warmly by the people who felt that Anambra should have two strong, experienced and cerebral candidates in the ballot. That means Soludo and himself, both first class graduates of the University of Nigeria.

Ozigbo’s emergence however dragged longer than other candidates both in the courts and while waiting for his acceptance by the INEC, the election umpire.

Ozigbo remains the least controversial among the trio and is hoping that voters see him as the person that will unite the people for sustainable development.

This morning, the stage is set. The candidates are hopeful. And the umpire is upbeat. No matter what happens, a candidate that will step up to take the baton from Chief Willie Obiano will be delivered today.

We encourage Anambra voters to overcome their sense of foreboding and fear of evil doers to perform this important civic duty.

Enugu Metro wishes the following 18 candidates the best of luck and prays that the people’s choice will emerge and triumph.

Certification versus education – the Nigerian story