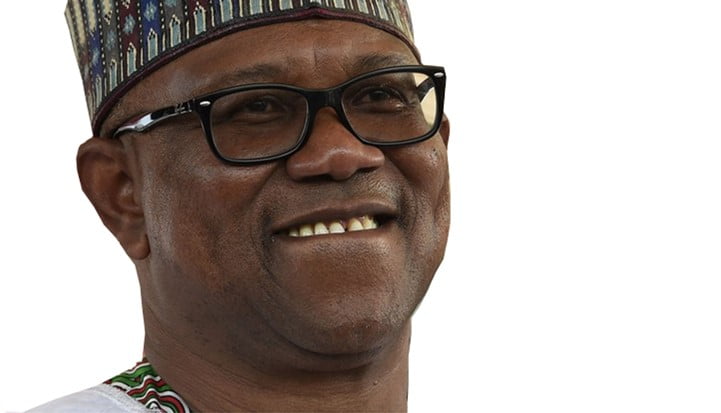 The proprietor of Urban Radio, Chief Chike Madueke, celebrates the teenager who gifted Peter Obi with her savings yesterday.

Miss Covenant Onyebuchi dashed off to Urban Radio at the upscale Independence Layout Enugu to hand over her gift.

She told Mr Obi that the envelope contained the savings she had made to “bless someone.”

The gesture visibly touched the Labour Party flagbearer who is a billionaire and he prayed for her.

Chief Madueke later invited and thanked her for the selfless sacrifice.

He later took to twitter to also celebrate the girl.

Many also took the opportunity to showcase how they are mobilizing for him to win.

Chief Madueke told Enugu Metro yesterday that dozens of youths besieged the station to show what they were doing to help Obi’s campaign.

“I think his greatest surprise was seeing the number of youths that were waiting for him after the interview.”

“When we came in, there was no one outside the station building.

“People realized he was in town only when they heard his voice on air.

“However, when we came out of the studio, we could not see a space again. The youths took over the entire place.

“Several of the young people came to showcase creatives they were working on. Others told him of vote mobilization efforts, including registration for PVCs.