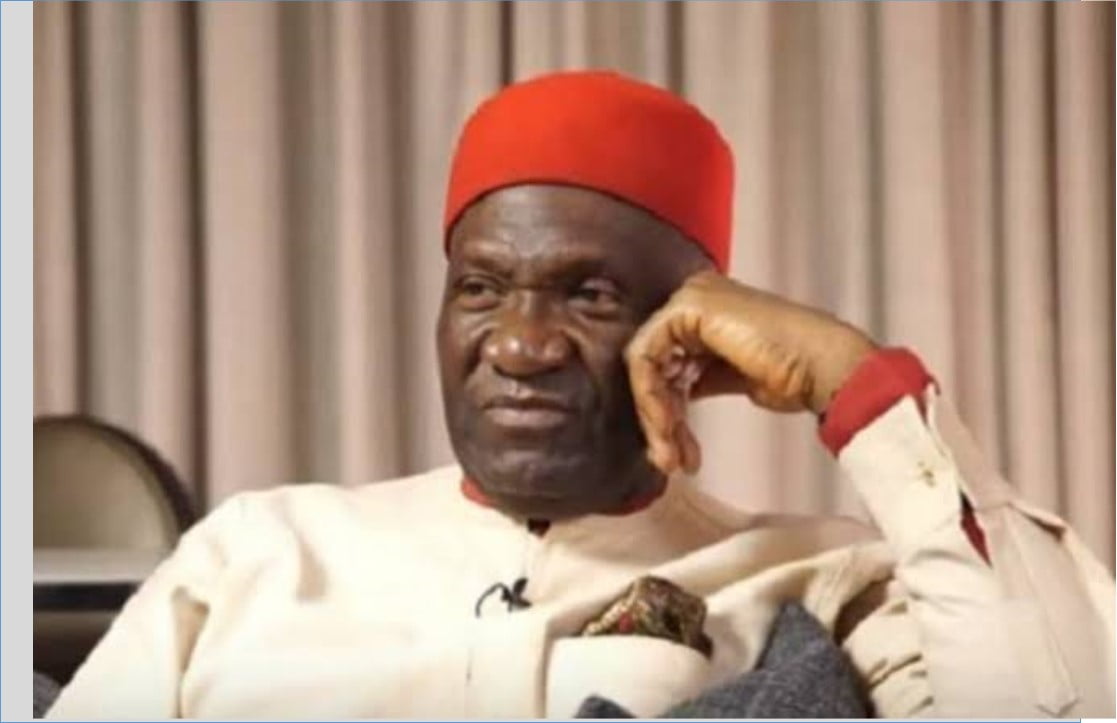 Gov. Hope Uzodimma of Imo State yesterday deflected questions by Ohaneze Ndigbo on the killing of a farmer in Oguta and rather advised Igbos to “hook on to the national grid.”

A statement released after the meeting by Nnia Nwodo, Ohaneze President, said the visit to the Governor was to condole with Imo people, to inquire what his government had done about the murder, and to learn what is being done to prevent a recurrence.

Ohaneze, the Igbo sociocultural association, had previously expressed concern at news of the killing allegedly perpetrated by cattle herders.

In a swift statement, the Governor completely ignored the reason for the visit and instead expounded on an idea that things will get better when Igbos “hook on to the national grid,” as he put it.

Although he did not explain what hooking on to the grid really means in the context of the reason for the visit, Gov. Uzodumma nonetheless advised the Igbos to henceforth “work in partnership to support all Federal Government policies for the overall interest of the people.“

“We reached a common ground … that Ndigbo as a people and South East as region, must hook unto the National grid, and work in partnership to support all Federal Government policies for the overall interest of the people,” the Governor said.

Ohaneze however said that on the issue of Igbos cooperating with federal authorities, Nwodo “urged the Governor to prevail on the Federal government to stop its marginalization policy against the South East.”

The Governor pledged to use his unique position (he is the sole ruling party Governor in the zone) to improve relations between the federal government and people in the Region.

Here are the statements released by each of the parties at the conclusion of talks at Douglas House Owerri yesterday, 6 July 2020.

Chief Nwodo was in Owerri on a routine consultation with the Government of Imo State and other Governments of the South East, particularly to have first-hand information on the affairs of the region.

We reasoned that Ndigbo have more to gain by working with the government at the centre and going forward, I urge Ohanaeze to take it upon itself to preach the message of hooking unto the National political grid.

Furthermore, we also reached a common ground, that Ohanaeze is favourably disposed to Igbo Unity and indeed Nigerian Unity, and that Ndigbo as a people and South East as region, must hook unto the National grid, and work in partnership to support all Federal Government policies for the overall interest of the people.

At the end of our deliberations, we agreed that for Ndigbo to forge ahead and attract development into the zone, we must be seen as being united.

I thank Chief Nwodo for the visit.

Chief Nwodo’s visit was his first visit to the governor since he was sworn in.

In a press conference after the meeting Chief Nwodo indicated that he visited to commiserate with the Government and people of Imo State on the killing of an Imo citizen in Oguta by Fulani herdsmen last week and to acquaint himself with what the State Government has done about the incident and measures put in place to prevent such further violent attacks.

The Governor used the opportunity to urge Igbo unity and Igbo cooperation with the Federal government.

Chief Nwodo in response urged the Governor to prevail on the Federal government to stop its marginalization policy against the South East.

The Governor promised to use his good offices to bring about better relations between the Federal government and the Igbo.