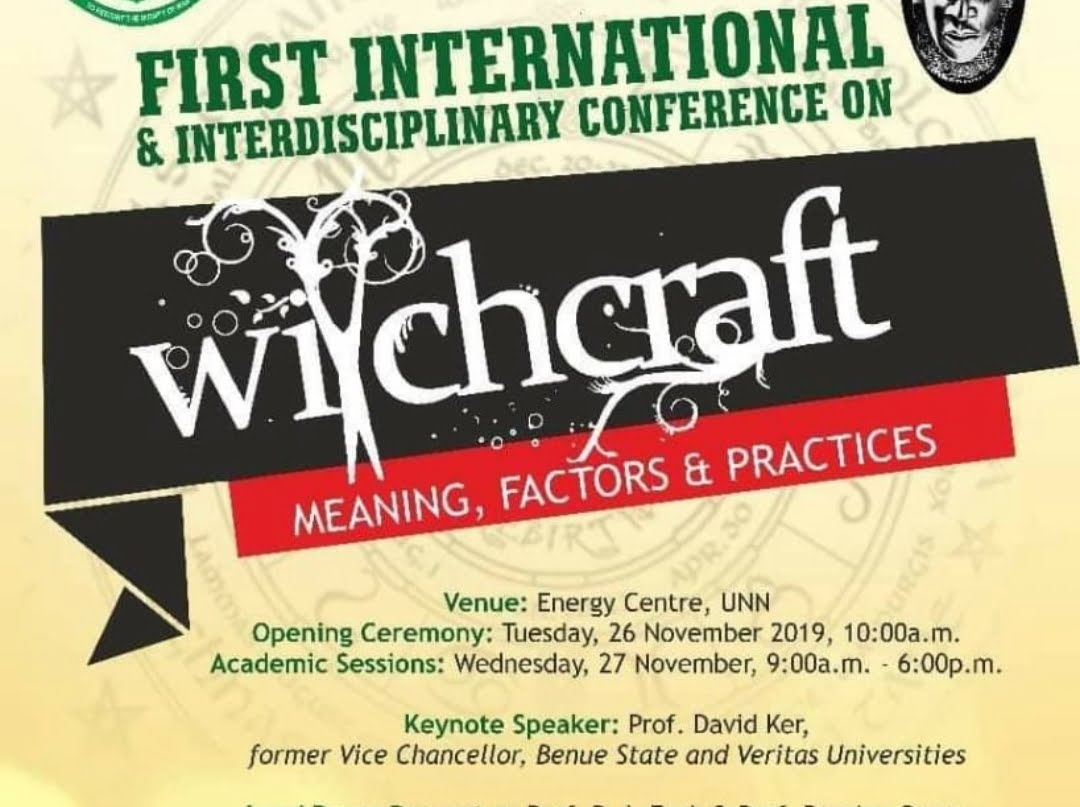 The vice chancellor of the University of Nigeria, Nsukka, Prof. Charles Igwe, last night ordered the BIC Ijomah Centre to drop the topic of Witchcraft from its proposed Interdisciplinary conference that was to take off this morning at the university.

A statement from Dr. Okwun Omeaku, acting PRO of the institution, said the directive to the organizers to stick to other topics during the conference is “in response to the yearnings of the public that have erroneously misconstrued the ideas behind the choice of topic.”

The statement put the decision squarely as a reaction to the actions of “religious activists and fanatics protesting ignorantly on the word witchcraft in a proposed seminar topic.”

He described the late-minute cancellation of the topic as “a true demonstration of a management with a listening ear.”

Dr. Omeaku however fired at the religious hecklers, accusing them of shallow thinking.

He regretted the cancellation of the topic because, according to him, the theme of discussion – interdisciplinary and international workshop on Witchcraft – had attracted keen interest from scholars and interest groups locally and internationally, many of who had booked seats to participate and contribute at the conference and workshop.

The 2-day conference tagged “First International and Interdisciplinary Conference on Witchcraft: Meaning, Factors and Practices,” was to begin today on this sole subject at the Energy Centre of the University.

The Conference host is Prof. Egodi Uchendu, director of the Prof. BIC Ijomah Centre of Policy and Research in the University, and a fine scholar with interests in diverse fields such as Islam in Igboland, gender and masculinity, and survival in conflict situations.

eMetro News had earlier reported that Christian zealots were fearful of the gathering and had promised to launch a series of prayer offensives to ward off what they see as its evil potent.

They had apparently gone beyond prayers to successfully apply pressure on the university authorities to withdraw the topic of discussion.

Many academics looked forward to the theme of this conference as it promised a full intellectual excursion where the participants will fly above the mundane concerns of religious zealots to land at a safe zone where they will interrogate issues around witchcraft, its philosophy, how it began, what literature and folklore explains, whether it is a science or an art, its gender and politics, and how it meets with religion.

Contemporary issues around witchcraft were also to be examined, such as its implication for security, social work, and aspects of development.

Social media commentators who work up early this morning to the news are expressing great disappointment with the people who caused the topic to be dropped through executive fiat in the university.

“Religion has dealt a heavy blow to our intellect, bemoaned one lecturer.

“What is the problem with this conference? I thought our Christian leaders would have used this opportunity to demystify witchcraft if at all it exists?”