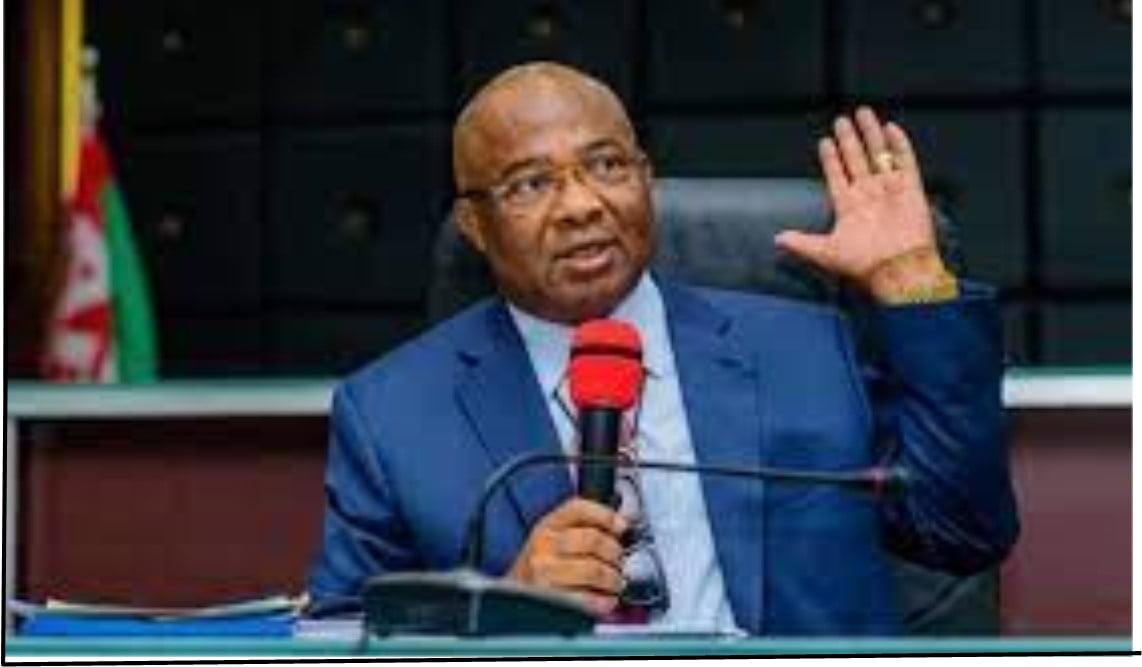 Governor Hope Uzodimna blames politicians and media for decision to back away from naming sponsors of terrorist activities in Imo.

Politicians and the media “created unnecessary tension” over the statement, he explained.

“Many politicians have latched on that statement to cause problems in the state. Even the media, both mainstream and social, did not help matters,” he complained

“Instead of naming them I will allow security agencies who are already investigating those identified to finish their job.

“Naming them would jeopardize the work of security agencies who are already doing a great job.”

The Governor had boasted that he knew the sponsors of terrorist activities in Imo State and was going to expose them.

He promised to use an Imo Stakeholders meeting which took place in Owerri yesterday to make the earthshaking announcement.

Instead, he turned around to name his predecessor, now Senator Rochas Okorocha, as a “big headache”.

Of all the former governors, only Okorocha refuses to give him elbow room to operate as Governor, he complained.

“But Rochas Okorocha has failed to recognise that he is a former governor.

Uzodinma then pulled the age rank on Okorocha and demanded respect on that score.

“Rochas Okorocha is my younger brother. I am older than him and today I am the governor. He should recognize that fact and accord me that respect.”

Senator Okorocha has accused the Governor of instigating the arrest of his son-in-law, Chief Uche Nwosu, at a church service.

Nwosu was attending a thanksgiving service to commemorate the burial of his mother when a band of policemen shot into the church and abducted him.

The senator also claims that the governor habitually persecutes him and members of his family.