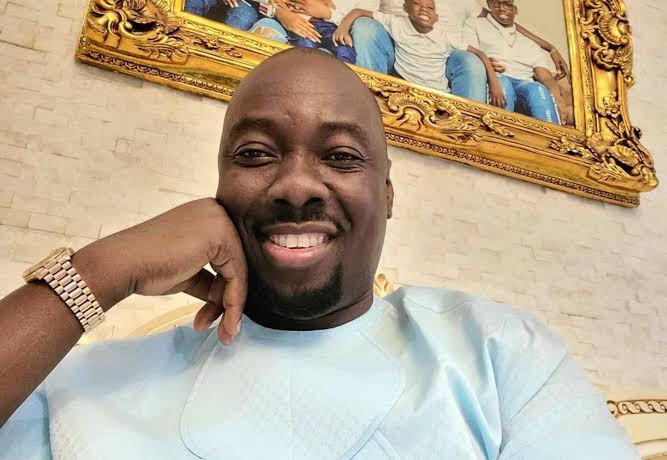 OGBUAGU ANIKWE identifies two worries about the branding efforts of Obi Cubana and how they will impact his continental image.

I can say this now that I believe the dust must have settled at Oba, Anambra State. I write about the spectacle where Obinna Iyiegbu (aka Obi Cubana), forced Nigeria to take note that he has arrived.

One can understand and appreciate the filial love that drove him and his friends to such extreme displays. However, from a personal and corporate branding points of view, there is actually cause for worry. It is this worry that has polarized media analyses of the event, as sympathizers and social values advocates violently clashed.

Allow me to illustrate my worries with a story of two burials, standing some 20 years apart. Both took place in the same Oba Community. I witnessed the one of some 20 years ago. It was my first and only visit to the little town 10 kilometers from Onitsha on the Owerri highway. I was in Oba to commiserate with another illustrious son, late Mr. Dan Nzelu, when he buried his father.

Engr. Nzelu was CEO of Petroleum Products Marketing Company (PPMC), the cash cow of the Nigeria National Petroleum Corporation (NNPC). We were friends before he passed on. After he left office, he and I agreed to partner on a media publishing proposal. Unfortunately, death took him away barely a week after we had our conversation at his rock-fortified residence overlooking Aso Villa.

When the social media brouhaha over the loud displays at Oba broke out last month, my mind immediately went to Nzelu. I remembered the quiet, efficient and understated manner he bid his own father farewell in the same community.

The contrast was striking. The two Oba natives have one thing in common but this is where it ends. Like Obinna Iyiegbu (the Cubana boss), late Engr. Nzelu worked very hard, quietly and loyally at the NNPC. Not many were therefore surprised that he reached the zenith of his profession when he was appointed PPMC boss.

Like Iyiegbu, he cultivated and deepened friendships and goodwill that made him such a likeable and non-controversial fellow all through. He also had a close circle of friends but this was the point of divergence. His friends cared deeply about public image and eschewed social vulgarities of any sort.

A national image in the making

However, from what I have read so far, they shared kind-heartedness and were always ready and willing to help those in need, not least the youths of Oba community. I imagine that the PPMC contracts that Obi Cubana said he did, from where he bought his first Mercedes Benz car, were awarded when Nzelu was either in charge, or secured through his direct or indirect influence.

When Nzelu wanted to make his entry, I was one of the lucky ones that he reached out to. He was anxious to avoid running into controversy, as was the lot of his predecessors. He listened to people who came to offer unsolicited advice, took notes and implemented a simple plan.

What is the point of this story? Unlike Chief Iyiegbu, however, Nzelu planned his entry into the national media stage carefully.

There were two things that he took away from his interactions, as he said to me afterwards. He scrupulously maintained a national public profile that befitted his status as a federal public servant while discharging his duties. Then he watched his back. This involved making sure not to cross the path of greedy hawks in the Obasanjo cabinet. Desperadoes eager to slice from the national cake stop at nothing to remove stumbling blocks on the way to their greedy destination.

He accomplished his goal by running an efficient, transparent and equitable but humane operation. Thus, the image that Engr. Nzelu carefully cultivated is the reason why I worry about the Obi Cubana persona today. However, this worry has absolutely nothing to do with the burial itself. On the contrary, it has everything to do with the image that he seeks to project going forward. Especially now that he has stepped into the public square to be recognized and appreciated as a top hospitality player.

I’ve taken note of his interviews and subsequent panicky actions to downplay his friends’ obscene displays at his mother’s funeral. It seems to me that the young man needs to reflect on the need to speak to those who are versed in public relations and branding. Because there will be a number of major hurdles standing in the path of attaining the public image he desires.

Look at it this way. Everything that happened at Oba shows clearly that Chief Obinna Iyiegbu, aka Obi Cubana, has very good friends. The Oba spectacle however exposed majority of these friends as people who do not care if they are branded as money-miss-roads. He hasn’t also learnt how to win over his critics. His social media defenders want us to see what his friends did at Oba as a private matter of an individual’s right to bury his mom the best way it suits him. But this is clearly not the case. They also want us to believe that this is normal social entertainment. It is not.

The two worries about Cubana Image

These are my worries about the branding efforts of Obi Cubana and how they will impact his continental image.

Those who visit the Cubana business operation (the nightclubs in particular) speak of it as a tightly-knit operation. Everything, they say, is organized and efficently works to the delight of the fun-seeking customer. This is why what happened at Oba comes as an anti-climax for someone who perfected the art of managing shows. Oba was his mother’s burial and therefore his business and show. Imagine giving to Oba half the attention usually invested in running the best after-hours business operation in Nigeria. His friends’ kitschy displays would have been avoided.

I do not blame Chief Iyiegbu personally. Losing one’s mother, especially one that shares a close bond, is an emotional moment. I am therefore willing to allow that his unruly friends took advantage of his vulnerability at that point to show off. But the show off hurt the Cubana brand that we have now come in contact with through his interviews. Therefore, there’s urgent room for amends; he should recognize this and not become overly defensive.

The second of my worries about Obi Cubana is the panicky measures he took when his public image took a bashing. For a moment, it appeared this was not the projection. His prior media interviews actually project positive values of a philanthropic billionaire. The branding is receiving critical acclaim. The story of how he intentionally created billionaires around his business empire, by empowering trustworthy associates, captured the imagination and admiration of both business strategists and the public at large. To now proceed to “dash” N300million that friends allegedly contributed to 300 youths of Oba (at One Million Naira each) smacks of a panic attack. It is also at variance with the well-thought out strategy that he had hitherto favored. And it slightly reduces the image he is trying to cultivate as a trans-continental hospitality power player. This needs further clarification.

Obi Cubana’s traditional chieftaincy title is “okpataozuora,” which means “wealth that automatically spreads to his community.” This title serves as his brand identity in the Oba community. For him to earn this title means that his people already know him as someone who is firmly rooted in people and community development. Thus, he has nothing else to prove locally. Therefore, he should continue to quietly and unobtrusively lift those who need his services at Oba while upscaling his philanthropic forays.

Consequently, he needs to quickly appreciate that the wealth he acquires and the friendships he makes extend beyond Oba. Equally he should refine ideas and actions that promote the continental image he wishes to cultivate through charitable projects. This is urgent, now that he has decided to step into the public square as a national hospitality player.

Beyond these two worries about Obi Cubana,I actually wish the young man well. I am one of those willing to forgive this first-time social faux pas. Like many other positive-minded folks, I look beyond the burial spectacle to the inspiring story. This is the tale of a young man who decided to stop looking for a job, immersed himself in the first menial business he could think of and steadily worked his way up to the top of the hospitality industry in Nigeria.