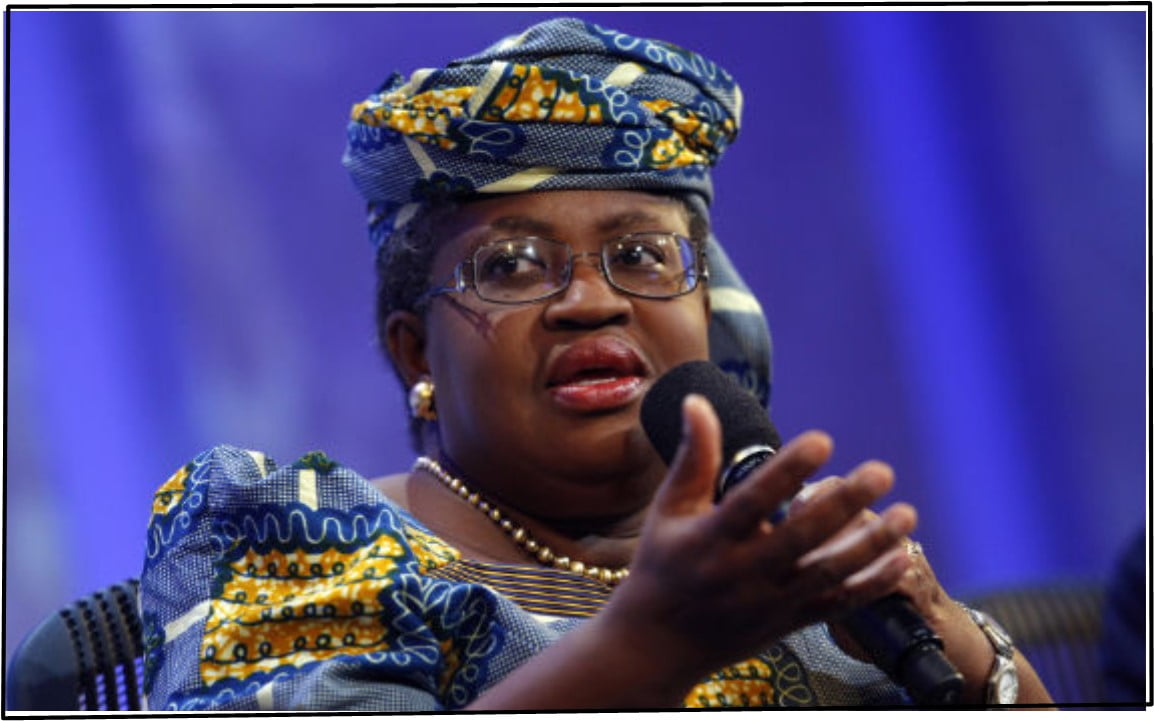 Former Nigerian Minister, Dr. Okonjo-Iweala, mildly rebukes her competitors for the top WTO director general position for questioning her experience for the job.

She said yesterday 15 July during a press conference that was organised for her immediately after emerging from an interview with the recruitment team that the claims were wrong.

In the conference streamed live, the former World Bank Senior Executive asked those competitors to be gracious in their outlook.

“I have paid respects to my competitors because that is in my nature. I don’t criticize other people; I respect them,” she said ” in response to the last question taken during the interview.

The journalist who asked the question had referred to her as “a financial expert who never participate(d) directly in trade negotiations.”

She channeled the insinuations dropped by one of her opponents at the Geneva headquarters to knock her off consideration.

“That’s a totally wrong notion… they’re wrong,” she said and went on to paint a background picture of how she’s at home on the subject and practice of trade.

“I am a development economist and you cannot do that without looking at trade. Trade is a central part of development and I’ve been doing this my whole career at the World Bank.

“I was working at Trade Policy Reform in Middle- and Low-Income Countries at the Bank.

“As (Nigeria’s) Finance Minister, the Customs Service in my country reported to me – and that’s all about trade facilitation.

“I helped my country’s trade negotiations, with the Trade Minister on the ECOWAS common external tariffs.

“I don’t know how much more trade you can have than that… those who say I don’t have the experience are mistaken.”

She turned around the question to say that what she will bring to the job is “are even better because I combine development economics with trade, knowledge, along with finance.

“You need those combinations of skills to lead the WTO. I have the skills that are needed. this is a familiar territory to me, not an alien one. I am a trade person,” she concluded with her trademark winning smile.

The candidates made a presentation to the three-man WTO recruitment team which will eventually prune the number down and propose a candidate for consensus approval.

President Buhari nominated the former Finance Minister last month to replace a career diplomat who would have flown the African flag as a serving deputy director general of the organisation.

Two African countries – Egypt and Benin Republic – decided to join candiates at the African Union screening level, prompting Nigeria to drop the diplomat in place of another candidate with more world-wide visibility.